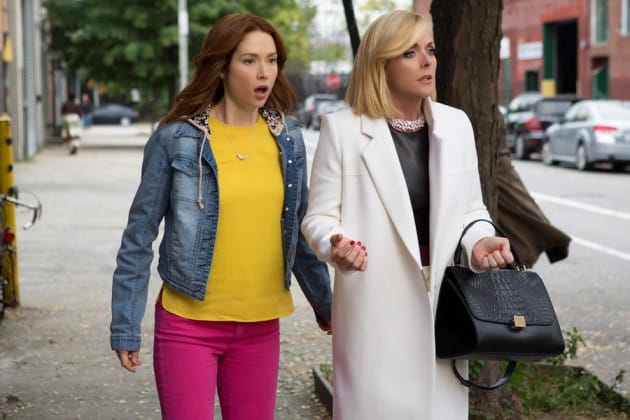 As much as I love television, I’m not the biggest binge-watcher, particularly when it comes to Netflix series, as I could never get into House of Cards and am taking my time with (but greatly enjoying) Orange Is the New Black. However, over this past weekend, when Netflix’s brand new comedy series Unbreakable Kimmy Schmidt debuted on the streaming site, I found myself finally falling victim to the nationwide disease that is binge-watching, doing pretty much nothing but sitting in front of my TV or computer and staying up way too late to watch several episodes in a row. And while the common consensus (at least from those that I’ve spoken with) is that binge-watching comedies is not as enjoyable as doing it for dramas, I found my binge-watch of the first season of Unbreakable Kimmy Schmidt to be one of the best TV viewing experiences I’ve had in a long time, and that’s mainly due to the show’s (and its protagonist’s) infectious energy.

The main issue that most people say they have with binge-watching comedies that they get tired of them; the plots get old, the jokes become unfunny, and it all winds up feeling a little too repetitive. Dramas, on the other hand, are constantly pushing forward with new and exciting characters and storylines, as episodes unfold more like chapters from a book instead of the collection of 21 minute-long short stories that sitcoms can sometimes feel like. And while Unbreakable Kimmy Schmidt is certainly similar to many network sitcoms in style and look (the series was originally supposed to air on NBC before the network sold it to Netflix), it stands out among these types of comedies because of how fresh and exciting every story it tells feels, and that’s mainly due to its main character, Kimmy.

By having Kimmy as its protagonist (which is pretty obvious, given the show’s title), Unbreakable Kimmy Schmidt injects every single typical sitcom plot with energy and excitement. Most of these experiences in the series’ first seasons are firsts for Kimmy (since she has been trapped in an underground bunker for more than a decade), from her first job to her first kiss to her first boyfriend, and the pleasure and joy she finds in each of every one of these encounters, even the bad ones, is astounding and, thanks in large part to Ellie Kemper’s truly committed performance, infectious. 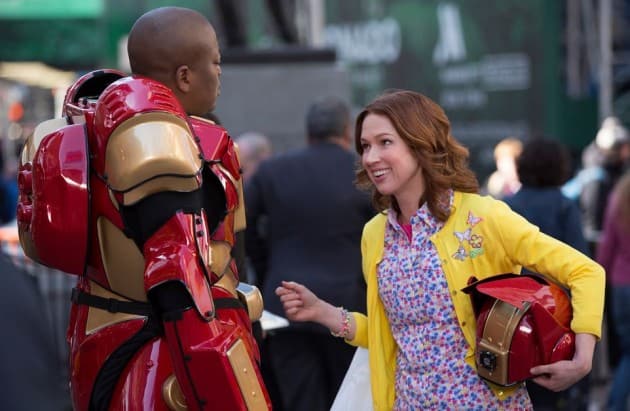 And really, as sharp and funny as the writing is on Unbreakable Kimmy Schmidt, the series would be nothing without Kemper, who lights up the screen every time she’s on it. As someone who was only an occasional viewer of The Office and has mainly seen Kemper in smaller, supporting roles in films (most recently, this past year’s Laggies), her work here was eye-opening to me, as she was somehow able to embody the innocence, optimism, and strength of Kimmy in every single moment of each episode, moving from scene to scene with different characters (and what a fantastic group of supporting characters they are!) seamlessly. (Side note: speaking of optimism and strength in regard to female sitcom characters, there’s a lot of Kimmy that reminds me of Leslie Knope, and while Kemper has only given us one season of work here, whereas Amy Poehler gave us seven spectacular seasons of Parks and Rec, I could potentially see Kimmy becoming a similarly iconic character down the road.)

All of these different elements working together, from the stellar acting to the witty writing to quick pace (seriously, this shows burns through a lot of plot in a short space of time), make Unbreakable Kimmy Schmidt the perfect comedy to marathon, whether you’re watching by yourself or with friends. Yes, on the surface, it’s a pretty typical sitcom that resembles 30 Rock and Parks and Rec and The Office, but in their first seasons, none of those other shows had as strong of a debut as Kimmy Schmidt does.

So, no, Netflix’s Unbreakable Kimmy Schmidt doesn’t reinvent the sitcom wheel; you’ve seen a lot of this stuff before (although there are some fantastic cameos in later Season 1 episodes, which I won’t spoil here, that make the series worth watching all on their own). However, you probably haven’t seen this somewhat familiar material done this well, and if you’re one of those people who says that binge-watching comedies isn’t as enjoyable as marathoning drama series, I can promise that Kimmy Schmidt, and her endless supply of energy, eagerness, and optimism, will change your mind.