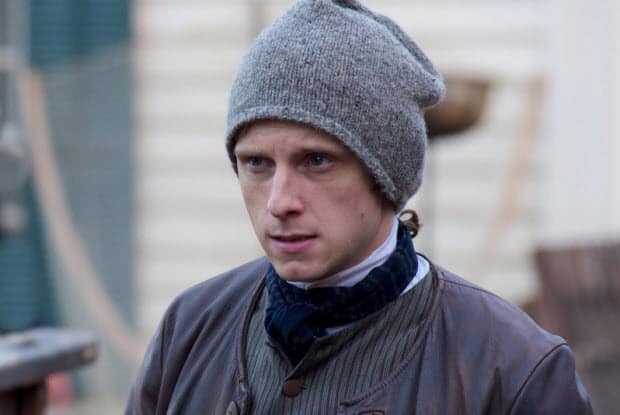 Another week has passed and AMC’s Turn has a lot to prove. How does it stack up to to the first episode? Are any of last week’s mysteries resolved? Does the story continue to be compelling? All these questions answered and more! Let’s dive in, shall we?

Those wondering if the relatively compelling pilot episode could be followed up with something equally or more compelling should be quieted this week. “Who By Fire” outshines its predecessor in almost every way (almost meaning every except the lack of gunfire or battle, but I digress). As we delve deeper into the lives of Abraham Woodhull, the people around him, and certain officers of the British army, the story naturally develops into a twisty mess of wartime drama that I can’t help but wonder how we get out of. Our main man, Abe, gets even deeper into this twisted spy-game this week. He had just finished re-assuring his wife that he didn’t need his father’s help to get through this years sour crop, when someone burns down his barn. Not cool!

The unexpected conflagration leads Abe to do something drastic, immediately return to the father who just one episode ago declared his mistrust of Abraham. To regain that trust, Abraham comes clean to his father (except he doesn’t) about the time he spent smuggling last week. His father was eager to trust him again (oops) and in turn tells him that he is not a suspect in Captain Joyce’s murder. His chief suspect? Abe’s old flame Anna Strong. This revelation sets the stage for the remainder of the episode. Captain Joyce’s murder becomes a bona-fide whodunnit in their small town, with Abe and Anna working double time to clear Anna’s name. With some extra help from a motivated Robert Rogers, head of the Queens Rangers himself (who has obviously taken Ben Tallmadge’s “message” to heart), Abraham displays some serious prowess in not only lying and double agentry, but also in crime solving. After some sneaking around, teaming with the enemy (not that I’m entirely sure who that is just yet), and an old-school autopsy; Abe and Robert find the killer. Rather than punish him, Rogers decides to make a spy out of him and charges Abe with monitoring him. Interesting turn of events, don’t you think?

Meanwhile, Caleb and Ben have taken John Simcoe captive and are torturing him for information. Their methods are less-than respectable and generally ineffective. However, Captain Tallmadge seems to gain some information using reverse psychology on the agitated Simcoe. After Simcoe returns to being uncooperative, Caleb and Ben are just about to end him when the operation is uncovered by Ben’s superiors. Let’s just say they were…less than thrilled. Uh-oh!

This episode was ultimately compelling, twisty and extremely entertaining. Turn has certainly raised the stakes, and Jamie Bell’s performance rose to the occasion. However, the stars of the show this week would have to be Angus McFayden (Robert Rogers) and Samuel Roukin (John Simcoe). Roukin captures an essence of Simcoe who is arrogant to his core. As an American, you are not supposed to sympathize with the crown, but Roukin’s portrayal of Simcoe makes this particularly easy. His loyalty to the crown is apparent and I’m anxious to see where Roukin takes the imprisoned soldier. McFayden’s Rogers is equally compelling. The character we all so quickly wrote off as the “bad guy” in the first episode has done some very interesting things since then. When he learned of the beret Capt. Tallmadge left him at the Connecticut ambush, he quickly ventures to New York to investigate for himself. He proves to be very adept at investigations, but does not detect (at least as far as we can tell) the allegiances of Abraham. McFayden has proved on many occasions that he can play a villain, but I’m Rogers obviously believes he is the good guy, and that makes him all the more interesting to watch.

There was a lot packed into this week’s episode. I was hoping that Turn wouldn’t pull a Low Winter Sun and I was not disappointed. “Who By Fire” raised the stakes by quite a bit, and although there was one mystery solved, I expect that plenty more are on the horizon. What did you think? Better than last week? Sound off in the comments! See you next week! 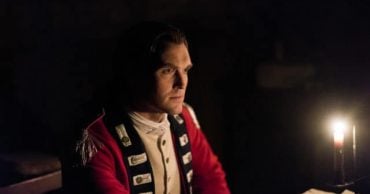 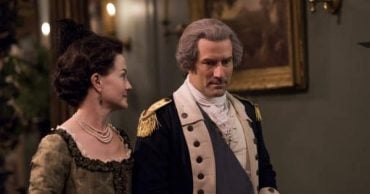 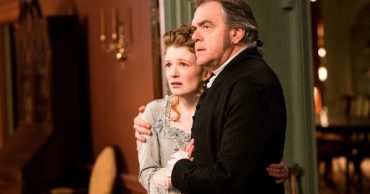 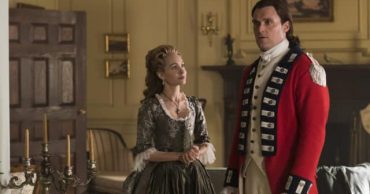 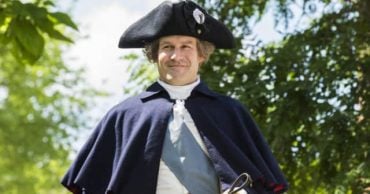 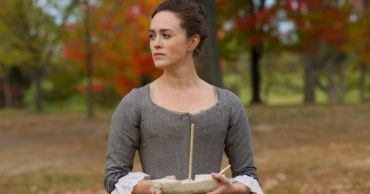