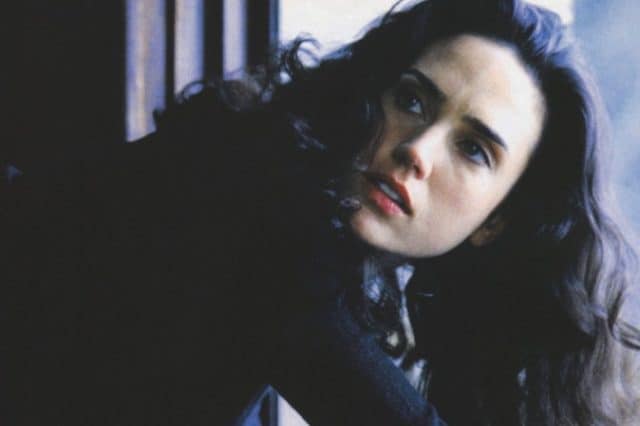 It seems like Jennifer Connelly is the type of actor that’s taken for granted a lot. She pops up in great roles in great movies and then disappears for a while. That could be by choice but it could be that she doesn’t always seem to fit into the mainstream roles that are taken by so many up and coming actors or those that have proven that they can churn out the less intellectual films. Her talent is amazing and she’s the kind of actor you want to watch since she rarely goes overboard in her roles and she doesn’t always show as much emotion as anyone else. But when she does act she fits the part just right.

A lot of times her characters are a little tragic and a little dramatic, which seems to fit her just fine.

This movie might make you look a diamonds a little more closely since Bowen is a journalist sent to find any information she can on the illicit diamond trade that is thought to run through Africa and fund a great many illicit activities around the world. To think that such a little thing could possibly stir up so much trouble is amazing, but really, when people are willing to do anything to possess something of beauty it’s not hard to believe the lengths they’ll go to keep it.

Emma is a sad soul largely because like everyone else in Dark City she is bound by the creatures that experiment with them, watch them, and change their lives on a nightly basis. She and her fellow citizens have been switched around so often that it’s likely that none of them could possibly remember just who they were before being taken to this dark world. Thankfully her husband John planned on changing the entire system.

Taryn is kind of odd but in a very intriguing sort of way. She knows the system and she lives by it in a manner that is most pleasing to her. She’s almost fey in her ways and yet she’s a very concrete and stable person that is able to console and counsel the young freshman that she’s attempting to befriend and possibly get to know a little better. This movie isn’t the typical college experience, but it is one of many.

2. Requiem for a Dream-Marion Silver

This is a messed up show without a doubt, but it’s one of the many that people will look at and, if they’ve seen it, agree that it is indeed an eye-opener. Marion is the type that typically goes along with someone so long as they have what she needs. When Harry and Tyrone are no longer around to fund or provide her with heroin she goes to a pimp who invites her back for a sex party after having sex with her for a small amount of heroin. It’s a tragic story really but one that is somehow compelling.

Being afflicted with paranoid schizophrenia is horrible as it can make a person believe that they’re being followed, that someone is out to get them, or that the world is against them. But dealing with a person that has paranoid schizophrenia can be extremely taxing since it takes a lot of understanding to really push past the idea of just leaving and starting over versus staying and doing what is necessary to take care of the individual.

Not surprisingly there are those on both sides of the issue that would argue vehemently for their point of view.