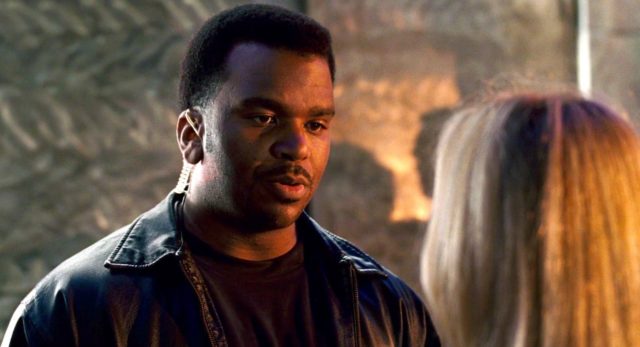 Bouncers have featured in a wide range of movies over the years, which range from romantic comedies to some of the most action-packed movies that can be found out there. Sometimes, they have been no more than minor roles. Other times, they have been the stars of their own stories, thus making the impressions that they left on the viewers that much stronger.

Here are five of the top bouncers in movies:

Roxbury Bouncer – A Night at the Roxbury

Played by Michael Clarke Duncan, the bouncer for the Roxbury had no name, but it cannot be denied that he was excellent at his job. After all, he knew when to keep the Butabi brothers out of the club, but at the same time, he also knew when to let them in. All while interacting with the duo in a manner that maximized all of their comedic potential, thus achieving the desired effect both in and out of the narrative.

Patrick Swayze was James Dalton in Roadhouse, who was the protagonist of the movie as well as an outstanding bouncer who had been brought in from New York City in order to maintain order at a club out in Missouri. Over the course of the movie, Dalton ended up getting in what amounted to a small-scale war with local businessman Brad Wesley, which saw gradual escalation that culminated in an outright slaughter of one side by the other. Being the hero, it should come as no surprise to learn that Dalton came out on top, though one cannot help but wonder whether his skill-set was perhaps a bit excessive for a bouncer.

In Knocked Up, Craig Robertson played a club doorman, whose main role consisted of denying Debbie and Alison entrance to the club that they were seeking to enter. In brief, Debbie and Alison were refused for a couple of reasons, though the club doorman was rather apologetic about the whole business. First, Debbie was rejected because of her age. Second, Alison was rejected because of her pregnancy. This exchange led to an outburst of tears on Debbie’s part, thus moving the movie towards its conclusion.

Andrew Dice Clay had no more than a short appearance in Pretty In Pink as a bouncer at a club where the main cast of the romantic comedy moved through an important stage in their successive struggles. In brief, Blaine and Andie visited a club after a disastrous time at a party thrown by Blaine’s friends, where they get into an argument after meeting Andie’s friends.

Chow Yun-Fat is an actor who is famous for his involvement in a Hong Kong genre of movies called heroic bloodshed, so it should come as no surprise to learn that his character Ko Fei in Full Contact got into serious trouble helping his friend, got betrayed by his friend, and then returned to exact bloody vengeance on the former friend who sought to kill him in a story of very violent redemption. The entire movie was interesting in that it was meant to have no political messages whatsoever, which was Chow Yun-Fat’s attempt to start with a clean slate after controversies surrounding his previous work.