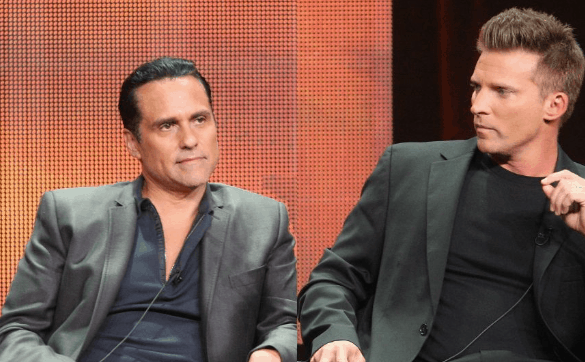 General Hospital fans are not trying to stay up to date on all the drama all the time. We want a little happiness here and there. It’s fun to watch the drama unfold, but it’s even more fun to see it when it’s over. We love to see the relationships, the friendships, the stuff that happens when we they all break it down at the beginning of the day. There is so much that we love, so much that we want to see happen, and so much that we appreciate in Port Charles, but we don’t know how to make things work in other manners. For one, we are often confused about the many things that go on here due to lack of communication and understanding, yet here we are with some of the greatest best friendships in the world. Let’s check out our favorites.

You didn’t think we’d start anywhere else, did you? There is no one we love more than them and their relationship with one another, and we are more than a little excited about all that they do things. These two have been the very best of friends for so long, and it all started with a car accident when Jason was given amnesia. He was the golden boy of Port Charles before that, and then he transformed himself into the man he is now, which is a man who has more issues than before, but he’s also someone who is so strong and loyal and happy. And there is so much more that is going on in that situation, too. They have to focus on the things that are happening in their situation with their families, but they are the very best of friends you could ask for. They’ll do anything for one another, and they will never back down.

If you think that Jason doesn’t get to make this list a second time, you are so very wrong. He is also the very best friend of Carly. They are like brother and sister. They spend their time together. They are there for one another, and he has kind of been the only person who has been there for her in the times she’s needed her friends and family the most the past few years. There is so much that we love and support about them, and we love that he is able to be her best friend and the best friend of her husband at the very same time. They are the kind of people who love hard and they will literally do anything for one another. They have always had one another’s backs, and they will also always have them. They are like a team, and the three of them — when you include Sonny — are an unstoppable force when they are together. We can’t wait to see how they handle what’s being thrown their way this year and how things progress. It’s going to be amazing in every way.

Okay, okay. We know. We get it. You don’t want to see us say Jason a fifteenth time this year, but it’s all we have. He is a man who is so good to his friends, and he is so good to Sam. He was good enough to her when he came back that he was willing to let her stay with the twin brother neither of them even knew he had because she’d been with him all those years thinking he was her husband. It’s been something we’ve been unable to handle, and it’s been a situation that was hard for us. Yet, they were both there for one another even when they were not there for one another. They were the very best of friends even when they were not the very best of friends. They were there for another when they weren’t even speaking because it was so hard on them to be around one another without being together. We can get on board with that in every manner of speaking, and we love it to the ends of the earth and back. They are best friends, too, and that’s what we love about Jason.