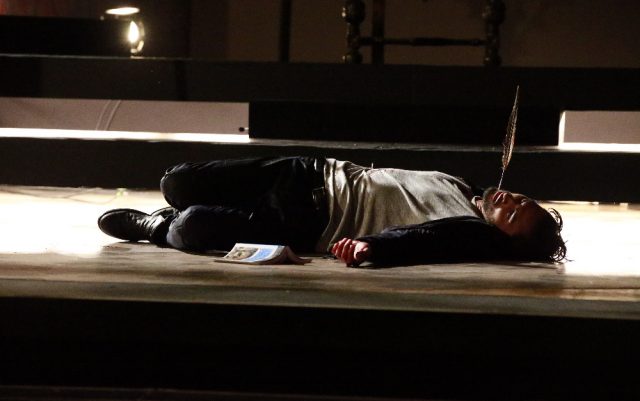 Is this an homage to the Castle logo….or a representation of the show’s future…?

With the news that ABC/Disney has fired Stana Katic, who plays the female lead Kate Beckett on Castle, and Tamala Jones, the actress who plays medical examiner Lanie Parish, fans have been in an uproar! The media, from entertainment news & business trades to magazines like Forbes, have also taken the decision to task. At best, the commentary has said ABC has made an awful business decision, and at worse the choice is proving just how sexist the company is – regardless of being the home of Shonda Rhimes. What is the response by ABC? Well, this week the Castle season 8 episode 20 spoilers emphasize the new focus on writer Richard Castle (Nathan Fillion) – and thus the upcoming departure of Beckett.  At the same time, they seem desperate to try getting the audience to keep watching anyway.

When you look at the storytelling for Castle season 8 it is clear that – SPOILER ALERT – the idea of killing Kate Beckett for the finale has always been a plan.  Similarly to seeing how fans dealt with Castle and Beckett being split up was done in the beginning of Castle season 8, these last few episodes are designed to tempt fans to tune in, despite the bad news of the show’s plans to destroy Caskett and go to a season 9 without Kate Beckett.  Each has a morsel of something that fans usually like.  For instance, last week was touted as featuring Lanie Parish (Jones).  This week’s episode has is an appearance Jenny Ryan (Juliana Dever) who plays the onscreen wife to detective Kevin Ryan (Seamus Dever) – who is her real-life husband.  (You would think the response to that split in the beginning would have given ABC executives a clue that removing Kate Beckett was a bad idea, but they obviously didn’t read the reaction correctly.)

To sweeten the pot of why fans should tune into Castle season 8 episode 20, the Castle ABC account recently tweeted a picture of, “Sarah Grace,” the first child of the Ryan family.   This is something fans have been talking about wanting to see since the baby was born near the end of Castle season six….

W.C. Fields is the man credited with the adage, “Never work with children or animals,”  the idea being that they will always upstage the actors.  In this case I suppose ABC is hoping a cute kid in a sunflower costume will distract viewers from the Kate Beckett death march that these episodes represent…. As you can see, it’s not working.

There are also numerous comments about the fact that Sarah Grace should be about two, but this child looks closer to four or five. Aging kids is a very soap-opera move – but Castle isn’t a soap-opera…or at least it wasn’t. The whole Castle missing time/amnesia story in season seven did set the show onto a less dramatically sound path, and this season’s LokSat plot has been so illogical that Sarah Grace being sent through a time warp is its least troubling inconsistency.

Castle season 8 episode 20 is called, “Much Ado About Murder”

CASTLE AND BECKETT GO BEHIND THE SCENES OF A SHAKESPEARE PLAY

TO SOLVE A MURDER MOST FOUL, ON ABC’S ‘CASTLE’

“Much Ado About Murder” — After a movie star turned theater actor is mysteriously killed, Castle and Beckett go backstage and learn the star had more to worry about than just his lines, on “Castle,” MONDAY, MAY 2 (10:00-11:00 p.m. EDT), on the ABC Television Network.

(Yes, “Beckett” really was set off in gold on the press site.)

Despite the emphasis on Castle & Beckett in the press announcement, thus far, there’s not a single picture of Beckett in the photos that have been released.  Like, in this shot, the hair may seem a little familiar – but this is not Beckett at the crime scene: 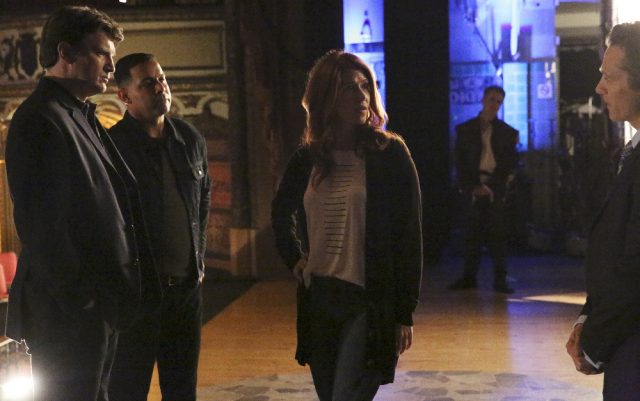 This is just one of the not funny things in an episode whose overall tone in the promo suggests that it’s meant to be another one of those over-the-top comedy episodes .

Sadly, along with the new extreme comedy focus the show has taken in season 8 has come the tendency to do on-screen killings.   I’m not sure why the new showrunners find this so entertaining.  Maybe it’s because Alexi Hawley was a showrunner for The Following prior to Castle and never completely made the genre switch? Watching people get killed has been one of the downers that have come along with Castle season 8, and with Hawley at the helm it will likely get worse with a season 9.

Here’s where things get amusing.  Last week I wrote about how the Castle 8 x 19 sneak peeks were trying to lure fans to watch by showing what they thought was more in line with classic Castle episodes.  This week they are, “Much Ado About Murder” – of the show!   Talk about being tone-deaf – these Castle sneak peeks are shrill!

The first sneak peek released is a long scene featuring Richard Castle in a situation designed to emphasize the idea about how great he is. One look at Castle’s ruggedly handsome face on TV and a drug lord decided Castle should write his life story….

At least Beckett is in this sneak peek…barely.  What occurs is mostly procedural, but the whole idea of, “None other than acclaimed mystery writer Richard Castle” leading the investigation, “with an assist from the NYPD’s 12th precinct,” gives new meaning to the phrase, “punchline.”  I guess it’s supposed to be funny, but with the news about Katic it’s just a punch in the gut.

Even having Castle’s  mom, Martha Rodgers (Susan Sullivan) be the woman showing up in the actor’s secret rendezvous room doesn’t take away the sting from this.  Between this and the next sneak peek we learn  that Castle, Ryan and detective Javier Esposito (Jon Huertas) are the ones who go to the crime scene, and are then doing the investigating while Beckett is stuck at the precinct.  There’s been a lot of that this season, which has always been annoying, but now that one understands that the show has been trying to get viewers used to this idea it’s actually sad.  Note that the operative word is trying, because it certainly hasn’t succeeded.  Neither do stunts like this next scene help matters.

I’m sorry ABC, but seeing Jewel Staite in a Beckett-styled red wig does not create Serenity for Castle fans.  I prefer seeing Firefly actors reunited in things pertaining to Firefly – say in Fillion’s web series, Con Man.   Why not just cancel Castle and make that into a show?  It certainly would have made more sense than wrecking Castle the way you’ve been doing.  As it stands, this season has felt like a Firefly invasion.

I suppose the thing about the march of Firefly actors on Castle this season is that the average viewer  probably has no idea about the Firefly connection.  If you aren’t a science-fiction fan you may not even know what Firefly is; it’s not as mainstream as something like Star Wars or Star Trek.  However, I’ll bet anyone that’s watched episodes of Castle over the last few seasons will notice the wanna-be-Beckett wig Staite is wearing!   For the fans of Castle all this does is remind those watching that Beckett is the woman who should be there!

Honestly, when I look at the these Castle season 8 episode 20 spoilers I can’t help but wonder why ABC’s bothers putting them out.   Wouldn’t it be better to have viewers wondering how bad this, “No Beckett” thing is going to be instead of putting out reminders that show it? 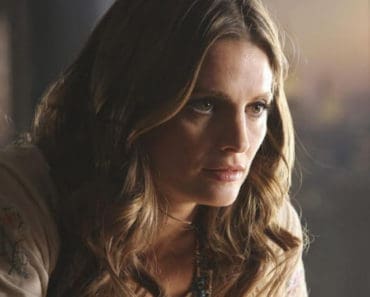 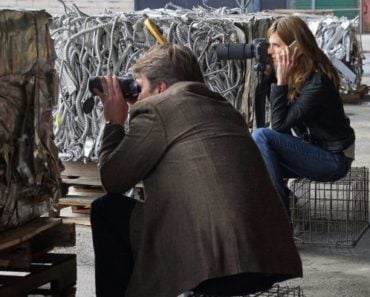 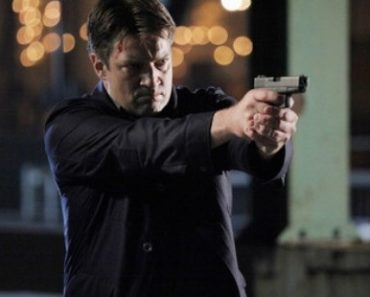 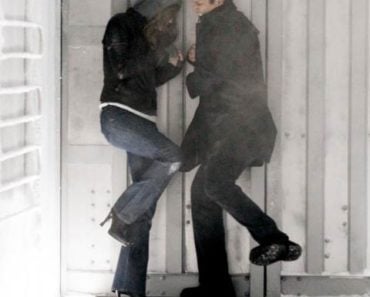 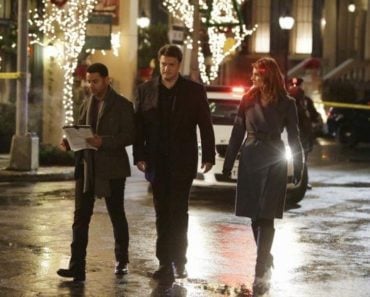