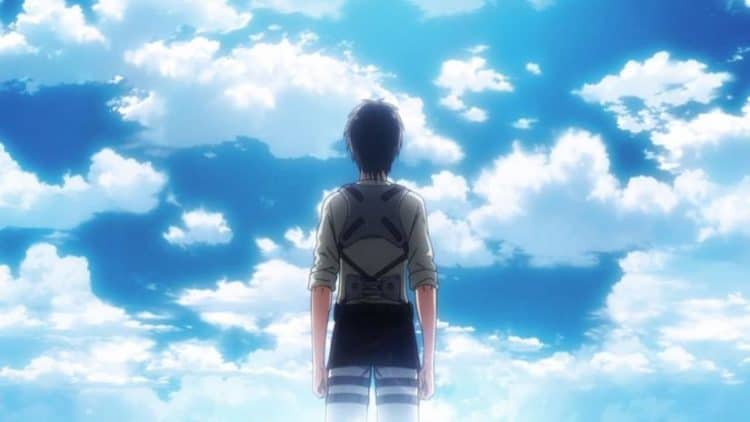 It doesn’t really feel as though Attack on Titan has been on TV for that long, and compared to many other shows it really hasn’t since it started up in 2013 and has been a popular anime show since then. But upon returning to season 4 there are a few things that fans might want to know according to Craig Elvy of ScreenRant, and it’s fair to say that those wanting more of the show will be disappointed to learn that this will be the final season before things wrap up. The show itself has been fairly sadistic and has attracted a large audience with the blood and violence that’s been depicted throughout its three-season run thus far. In fact it’s even managed to attract those that had absolutely no interest in anime to begin with, which is in fact something to boast about since a lot of folks that don’t like anime usually don’t crossover to see what it’s all about. This was almost undone by the fact that there were such huge delays when it came to season 2, but season 3 saw a huge turnaround that returned to what had made the show popular in the first place. Anime has a huge audience but the one thing that is important with anything in entertainment is consistency when it comes to standards and the ability to keep the audience engaged so as to let them fully enjoy the experience without growing bored or disillusioned with less than adequate storytelling.

Season 4 was announced not long after season 3 wrapped up, but it was also made clear that this would be the final season. It might seem kind of abrupt to some folks but this does manage to bring Eren, Armin, and Mikasa’s stories to what might hopefully be a pleasing and needed close. Fans are no doubt going to be chomping at the bit to see what happens in the upcoming season and will likely expect the same level of entertainment that they’ve been getting thus far so as to allow the show to go out on a high note. With what’s already come you can easily imagine that the creative team will be looking to pull every last stop possible and give the fans a truly epic sendoff that will keep them talking about it for some time to come. Unlike other shows this is something that might actually last in the memories of the fans largely because this show has thus far given the audience what they wanted in terms of content.

At this point what we do know about the upcoming season is that it’s being scheduled, so far, for a fall release in 2020. That gap is similar to the gap seen between seasons 2 and 3 evne though the third season was divided into two parts. It’s also seeming as though this next season will be divide in much the same way with blocks of 10 to 12 episodes apiece. One has to remember that the animation for this is a lengthy and very involved process so it’s bound to take some time to complete and as a result seeming to drag it out like this would only make sense. More than anything though the fact that the fourth season will be the last is the biggest sticking point with a lot of fans since it doesn’t seem as though the show should be saying goodbye just yet. The difference here though is that by ending a show early sometimes it gets to end in a way that is far more amenable to the story than it might be if it gets dragged on and on and on and so forth. Think about some of the shows that we have now that have started to tank. Sometimes it’s best to go out on a high note before the material starts to get old and wear down the entire show. Even if the manga series is still up and running, it does sound as though it might be coming to a head as well even if it will take a while. Fans might want the show to continue and show the end of the road so to speak, but given that we’ve already had a good example of what happens when you rush an ending, see Noel Ransom of Vice’s article on Game of Thrones for example, it does seem best that we just end it on a good note and call it square.

In the coming season you can almost expect the new and old cast members will collide in a way that will give a grand and well-deserved end to the story. There is a thought that some things might have to be sacrificed in terms of story elements in order to get the ending that’s desired, but the overall feeling is that this final season should be something that fans will be talking about for as long as they can. The show will reportedly air on the NHK General TV network in Japan and those watching from other areas can watch on Crunchyroll with subtitles not too long after the show has already aired.