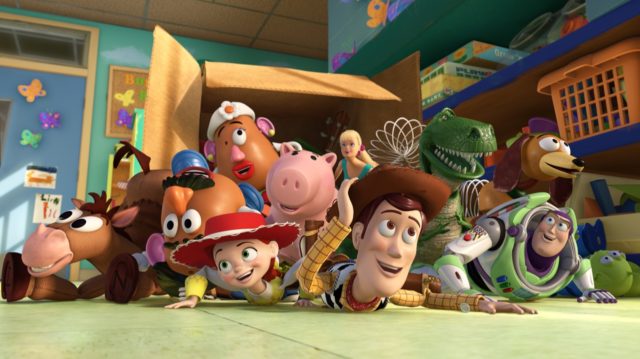 It has been revealed that Toy Story 4 now has a new screenwriter in the form of Stephany Folsom. She is not the best-known name that can be found out there, but she is far from being an amateur. For proof, look no further than the fact that Folsom has written a script inspired by conspiracy theories about the moon landing that managed to make it to the Black List, which is in addition to reports that she contributed to the writing for Thor: Ragnarok but not enough to receive a writing credit. Regardless, the fact that Folsom has been chosen to write for such a well-known project suggests that there are people who have a lot of faith in her skills as a screenwriter, so it will be interesting to see what comes from this.

What Has Been Happening with Toy Story 4?

With that said, this has been the latest in a string of news about Toy Story 4, though this has been much more positive in nature than the rest. For example, it should be remembered that Toy Story 4 used to be scheduled for release in 2018 rather than 2019, but some serious issues with its production process meant that it had to be switched with Incredibles 2. One of those issues was an announcement that John Lasseter who be stepping down as the co-director of the movie, leaving behind Josh Cooley as the sole director instead. Another issue was the departure of Rashida Jones and Will McCormack, which came as a huge blow because the two were working as the screenwriters for the movie. There were some initial reports that suggested that Jones was one of the people who had been sexually harassed by Lasseter, who is one of the numerous figures from the entertainment industries who has been revealed to have had a history of such inappropriate behavior. However, Jones has stated that the initial reports were incorrect. Instead, she and McCormack stopped working for Pixar because they felt that Pixar’s corporate culture didn’t give either women or people of color an “equal creative voice.” Summed up, the production process for Toy Story 4 has been more than a little bit troubled, so it is no wonder that the announcement of Folsom’s new role as the screenwriter can be seen as a positive step forward even as mild as it is.

What Does This Mean For Toy Story 4?

At this point in time, it is unclear what Folsom’s new role as the screenwriter will mean for Toy Story 4. After all, it is not even known whether she will be writing something new or work on the writing that has already been done by Jones and McCormack. Some people have speculated that she will be working with the writing that already exists because the movie has a tight schedule to meet with the release date set in 2019, but it should be noted that this has not been confirmed so far. As for the content of Toy Story 4, it has been said that it will be a romantic comedy about the absence of Little Bo Peep from Toy Story 3, but with everything that has happened so far, it remains to be seen whether this will stay true or not.