Home
Movies
There Will be No Soul Glo in Coming 2 America: That’s Unacceptable 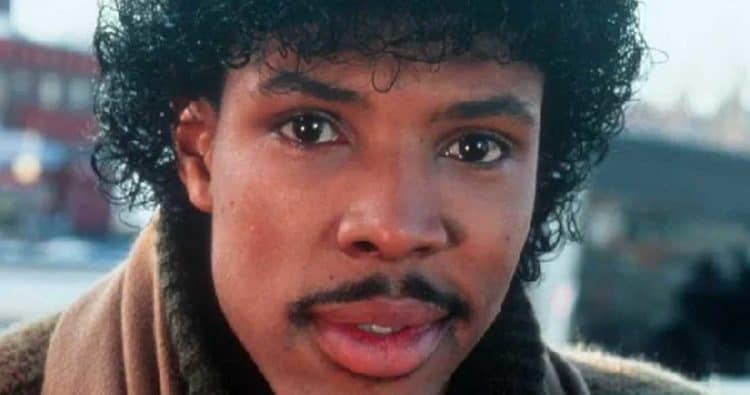 Unacceptable as it might be, Jeremy Dick of MovieWeb has gone ahead to confirm that Eriq La Salle from the original movie won’t be making an appearance as the obnoxious character of Darryl, who was a certified jerk and kind of a wuss as well. This means that there won’t likely be that much mention of Soul Glo either in the movie, or so we can hope since the Jheri curl look has come and gone thankfully, being used only by a few people throughout the world still. It kind of makes a person wonder why this look was ever the ‘in’ thing, but then it was a product of the times and as such it’s hard to really criticize it too hard without taking a look at a lot of the choices that a good number of us made back in those days. As he puts it though La Salle will be a little too busy with Chicago P.D. to make an appearance, so we’re going to have to assume that Darryl is off doing his own thing and possibly content enough that he doesn’t need to step in and make a nuisance of himself yet again.

When you look through the original movie however you might get the idea that it’s a little more acceptable than you might believe since honestly Darryl was a jerk and his presence was more of a needed impediment than anything. Darryl was more or less the stereotypical boyfriend character that was approved of by his girlfriend’s parents, had the looks, the money, and the charisma to make himself look great while at the same time being a jerk that people liked simply because he was a charmer. In other words he was the perfect guy at the time, at least until trouble presented itself and he ran and hid. There are a lot of moments in the original movie that show just how much of a sleaze Darryl is, but the moment in McDowell’s is just priceless since he’s just as petrified as anyone when Akeem decides to confront the robber. Of course given that a person might not know what to do in the face of a loaded shotgun other than wet themselves might be a great excuse for this, but in an era where masculinity happened to mean that you stood up when threatened instead of laying down and cowering along with everyone else, Darryl kind of failed the test. That was the character though, and that’s why it worked. Abigail Gillibrand of Metro has more to say on the subject.

You should be able to imagine that there will be another character or two in the upcoming movie that will be just as annoying, if not more so, as Darryl was. The funny thing is that some people actually think that Darryl was a great character, and I won’t dispute that since he was necessary, but not exactly a great individual since he was designed to be a jerk without question. But for the formula of the script he worked in a big way since it gave a character that had to be overcome, tolerated, and moved on from since the main characters had to have some conflict, or things would have been way too easy. What’s really going to be interesting though is whether or not Coming 2 America will feature any of the same characters from the first movie that Arsenio Hall and Eddie Murphy played so readily. When they were younger it wasn’t much of an effort to don the many different looks that they used throughout the movie, but now it would almost seem as though it might be kind of tiring seeing as how both men are getting kind of old. Maybe we’ll get a repeat of that performance, maybe not, but it will be kind of interesting to see how things develop.

Personally I still think that continuing this idea isn’t the best move for Murphy and company, but so many people seem to think that this is going to be another funny movie that will cap off one of his best and most well-received movies that it won’t matter if it doesn’t do as well. The first movie was a well-rounded story and ended on a high note, I really don’t see how it can get any better than that, but we’re going to see eventually since it would seem that the movie is on its way and is bringing a few new faces to play with since Wesley Snipes and Leslie Jones are taking up roles that are bound to get some serious attention. How it will go for Akeem when he comes back to America is anyone’s guess since a lot of has changed in the last couple of decades and if the movie keeps up with the times, then this visit might be quite a bit different.