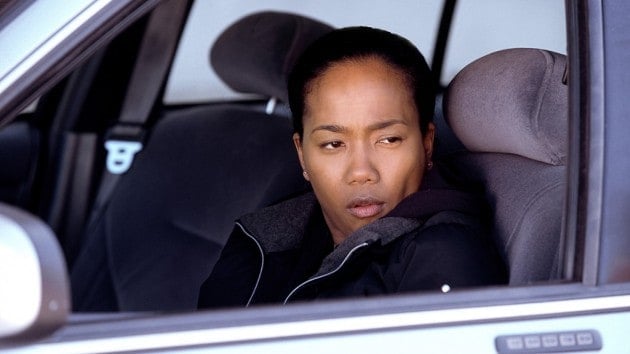 I said this in my first review, but it bears repeating: in The Wire, the only difference between the cops and the criminals is a badge. That’s not a coincidence, either. If anything, there is a more clearly defined sense of justice within the Barksdale organization than the police department. The criminals, at least, are trying to improve the lives of them and their own; the police, by contrast, are doing their best to not ruffle feathers, or do actual police work. The Baltimore PD is simply trying to make it to tomorrow.

The best part is that the indifferent cops are the best ones in the department. The worst are those like Pryzbylewski and Carver and Herc; those who see police work not as a means to protecting the public and solving crimes but as a way to lord themselves over those they believe are beneath them. They partially blind a 14 year old and shoot at random apartment buildings so that they aren’t weak and small. They go there to show the Barksdale crew who is really in charge, and yet they aren’t repelled by gunfire or gang bangers. No, rather, it’s television sets and bottles, tossed from balconies. The only people who pop off are the cops.

Because, you see, it’s not a matter of police v. criminals, as Herc and Carver and Pryz would have you believe. It’s much larger than that. There are a million different directions The Wire takes on this: criminals as a product of a racist system, brutality rewarded, upholding the status quo. Pick any of them, and you see that the police, to those who have suffered under the status quo, see them as the enemy. Yeah, sure, #notallcops; not every ant bites you when you step on their mound and not every man is dangerous to women. But the point is that together, collectively, they form and uphold a system that breeds crime more often that it ends it. Poor people who cannot turn to the system for assistance turn outside of it, and many times that leads to violence. A little kid watches his brother get beat up by the cops, and it builds resentment. It’s also a question of process v. results: sure, beating a 14 year old kid might quiet everyone down, but it might lead to a full scale revolt, where as handling it properly will lead to the cops leaving with no further issues.

Naivety comes in two forms: uneducated and purposeful. Uneducated naivety is pretty self-explanatory, and also the least harmful; to fix it, you treat it like you would use a vending machine – knowledge goes in, correct opinion comes out. But purposeful is dangerous, and devious, and infuriating. It’s the attitude that Sepp Blatter took about the corruption in FIFA, or the Duggars with their son. Blatter knew what was going on, and supported it; the Duggars knew, and were afraid of it. But both had the opportunity to set it right, and both pretended like it wasn’t an issue.

In the upper management of the Baltimore Police Department, you can’t swing a stick without connecting on someone who is so incredulous at the idea that William Gant could possibly be killed by the Barkdale’s in retaliation for his testimony. The major, all brawn and political posturing, is just unable to understand why they would kill him after the trial, when the damage is done. But they know. They all know. But to admit that the highest level of law enforcement doesn’t have a procedure in place to take care of those who testify against the worst criminals would take a level of self-respect and give-a-crapness that none of them possess.

D’Angelo Barksdale is naive, too; his naivety is also purposeful, but it comes less from a place of slimy cowardliness than from an anchor of guilt. He is a walking contradiction; he is unfazed by the murder he commits but broken by the idea of William Gant. It’s one thing, as McNulty says, for D’Angelo to knock off that dude at the elevator bank, but it’s another when a man who won’t play the game and has no interest in playing the game gets killed because he happened to be in the wrong place at the wrong time. D’Angelo is naive because he is wracked with guilt; D’Angelo believes that he is responsible for the orphaning of three children. He has a kid of his own, and a girlfriend that he loves, and he commits crimes for his uncle, Avon, because that leads to a much more comfortable life for himself. However, the rules that he plays by are his alone. William Gant tried to live his life, and he died for it. D’Angelo, I don’t think, is going to be able to handle that much longer.

Near the end, McNulty is drunk in his car. The story about the witness being killed has been leaked, and he’s taking the heat for it. He’s hiding, essentially, in both mind and body. He looks outside, into the rain, and he sees two guys trying to break into a car. He stumbles out of his car and shouts into the rain, holding up his badge, and he slips on the wet grass and falls. The car alarm goes off, and the two kids scatter, and McNulty is left in the wet grass in the pouring rain, laughing. He is ineffective; his badge means nothing; a security system that is independent of him protected the citizens.

That scene rings in my mind and is burning clear when Lieutenant Daniels gets a phone call. That kid that Pryz pistol-whipped is going to lose his eye. I can see McNulty laughing in the mud, and I can see Daniel’s rub his forehead, and most of all I can see that Pryz will not be brought to justice, and the alarm will blare over and over again, and nobody will come to investigate.