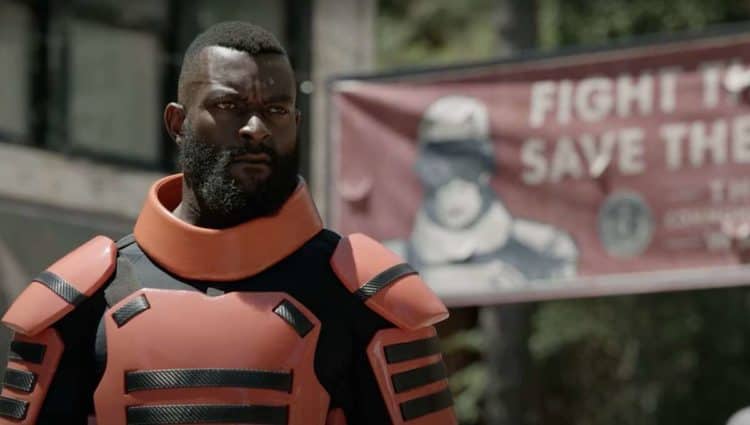 Human beings are odd creatures when the chips are down and things look hopeless. There are several basic reactions when the end of the world appears to be nigh, and most people in movies and TV shows will be depicted following those reactions to their betterment or detriment depending on how they react. From stoicism to utter despair and everything in between, humanity is seen to react to disaster in many extremely predictable ways. Wondering how things would go in the real world isn’t too tough since thanks to 2020 we’ve already seen how people react when they think that the world is about to end with the next calamity to join the stack of troubles that are already being experienced. The Walking Dead is, quite literally, a walking disaster that tests the mettle of many human beings in its own universe, since despite shoving the world into the zombie apocalypse headfirst and without any warning other than what the trailers delivered, it did show quite a few telltale reactions. In the face of disaster, more than a few human beings will resort to their baser emotions and will enter a different mindset than they might entertain in a world that doesn’t continually put them on edge.

The reason this is pertinent to The Walking Dead is that throughout the eleven seasons that the show has run, the main characters, their supporting actors, and the extras have been guided through one stage after another following the zombie apocalypse. Initially, when the world as they know it ends, they enter survival mode. When things go to hell so suddenly and everything breaks down, human beings will react in several different ways. Many will panic since they have no idea how to react in such a situation, and therefore have no idea how to prioritize and simply stay alive. Others, who might be a little more paranoid, might still find themselves in this crowd since even preparation isn’t enough sometimes.

But those who would keep their head in such a situation are bound to be uncommon, as the death toll in a situation like this is obviously going to be insanely high as people look to those in charge to tell them what they should do. But during the initial months to years that go into this type of disaster, it’s still likely that there will be those who take charge that shouldn’t take charge, but are allowed to do so as they know how to keep people alive. The calm detachment that is so badly needed isn’t bound to be common until later on. Once a solution is found and survival becomes more likely, there will still be those unable to cope as the loss of the system that they relied on will drive them to desperation, which is when people are at their most dangerous, and will often do very foolish or suspect things. Keeping order in TWD has often been seen to come with a very deadly set of consequences that modern law practices would never allow. But once those first, furious months and years are over, and survival becomes easier, it’s not hard to assume that humanity will seek to correct the situation that it finds itself in by establishing the status quo once again.

One might think that people would learn from the things that hadn’t worked in the past, but what’s painfully obvious is that the hierarchy that people appear to prize establishes itself in one way or another. Those that end up on top are either the nastiest rats in the pile, or the most charismatic and mentally astute of the bunch, or both. The Governor is a good example, as is Negan. But the politicians among the crowd tend to be those that will end up conniving and talking their way up the ranks, promising this and that and, if people are lucky, stepping in to make sure the future they want will come true in a way that people will agree with. As cynical as it might sound, this is the truth of humanity, as people will follow into the same ruts that have been worn throughout one generation after another. Humans are creatures of habit, as history teaches us.

What’s unfortunate about people is that with all the dreams, aspirations, and goals that are shared and displayed in this show, the truth is a little closer than many want to admit. Humans have basic needs just like any other living organism, but once those needs are met, and continuously so, it becomes evident that there are plenty who will want those needs met but will also want more, and more, and more. In other words, human nature isn’t that complicated, but avarice tends to make a mess of what could be simple, and as a part of human nature, it’s another element in the cycle that keeps the whole mess running. Movies and TV shows tend to highlight this regularly.