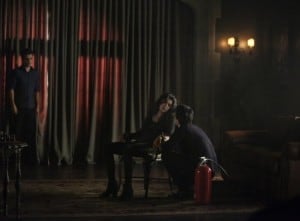 The return of Katherine a few weeks ago on The Vampire Diaries looked as if it was tied into the Originals story arc, but “She’s Come Undone” revealed that there are much bigger plans for this antagonistic character. The major issue before dealing with whatever dastardly plan Silas has involves Elena and flipping her humanity switch.

No humanity Elena has been a lot of fun to watch because this mean girl persona is as far removed from what we have seen in the previous three seasons. This Elena is more than happy to point out the flaws in the relationships that she has had and the ones her friends have been in. This is vindictive of course and hurtful to those that she loves and the ‘real’ Elena would never say any of these things, but this change has been a lot more interesting than the sire bond story that we endured during the first half of the season. When Elena shows her distaste at the sire bond it feels like she could be speaking for half of the audience. The torture methods gets a bit repetitive; they threaten something, Elena says something mean and then Elena continues to lack the humanity they are trying so hard to make her remember. It gets interesting when Elena calls their bluff and shows that the Salvatore brothers would never really hurt her as they love her too much.

Bringing in Katherine, who will take pleasure in hurting Elena seems like it could be a dumb move on the part of Damon and Stefan but it does in fact lead to how they break through. Narratively it also reinforces the animosity between the pair that will be important for Elena’s declaration at the end of the episode; Katherine killed Jeremy and Elena planted the seeds of doubt with Elijah. Both have an even bigger reason to hate the other beyond sharing the same role in a love triangle and the whole doppelganger situation. 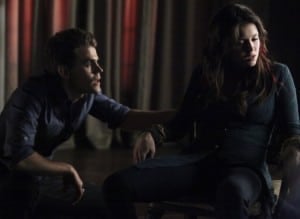 Using Matt and Jeremy’s ring actually made a lot of sense as hurting Elena in a controlled environment was never going to work; the reason why she feared what Bonnie was doing at prom was because in that moment it really seemed like she would kill her. In this Matt scenario she knows that Damon has no qualms about sacrificing other people; he did it to Lexi and he snapped Jeremy’s neck without the knowledge that he was wearing the ring. Matt’s role as the only human left in the core group has strengthened his character and his purpose on the show. Having the person that Elena sacrificed her life for be the reason why she got her emotions back is logical, but I am going to miss mean girl Elena.

Matt is more than just the guy who got Elena’s humanity back as he also has school to deal with (yes they all still go to school) as unsurprisingly his grades have taken a hit this year. Rebekah wants to help Matt get into college by methods of compulsion or by studying together and this is part of the Rebekah rehabilitation plan. Rebekah wants to make up for her major part in why this year has been so terrible and I really like the unlikely friendship that is developing between these two characters. 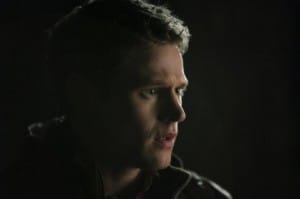 Another person who wants to help Matt and goes into study planning overdrive at the mere mention of Matt’s suffering grades is Caroline. Unfortunately for Caroline she gets a tad distracted when she goes to get her flashcards as Silas appears to her as Klaus and Matt. This whole sequence has a strong horror movie vibe (and even uses the special feature on the car as product placement to heighten the tension – this took me out of the moment sadly but I do understand the financial reasons behind this) as Caroline tries to get away from Silas and back into the Salvatore mansion. Silas has threatened her mother and so she heads home and the beauty of Silas being able to appear as anyone means that we are also put in this position of questioning whether this is Silas. It also works as a negative as I was convinced that the Tyler who appeared to Caroline after prom was in fact Silas, when really was Tyler. It’s a neat trick, but a trick that doesn’t always work.

Silas has attacked Liz and it really seemed like Caroline’s mother was dead after Caroline’s different attempts at reviving her failed. The emotive music added to this and I will admit that things got a little bit misty, but it turns out a shot of blood to the heart really helps. This felt a bit manipulative having two death fake-outs in one episode and it’s moments like these that makes it hard to believe when any character dies on this show.

One person who is strong enough to challenge Silas is Bonnie and it is unclear what Bonnie’s real motivations are as she claims that she wants to drop the veil. Bonnie makes a deal with Katherine that will make Katherine truly immortal, but it feels like Bonnie is just telling Katherine what she wants to hear so she can get the tombstone. Katherine will need this immortality as Elena is focusing all of her new found rage onto Katherine and her new mission is to kill her for everything she has done to Elena and her friends. This plan is a bit foolhardy on Elena’s part as Katherine always has a plan B.

– It’s all about semantics; what Caroline calls torture, Stefan and Damon refer to as an intervention. This sounds familiar.

– It’s very sweet and very Caroline that she has ordered gowns for Matt, Elena and herself.

– The tombstone is the new moonstone.

– Damon is getting it from all angles as Katherine tells him that he is “so romantic, so doomed to fail” and reminds him that he never gets the girl. 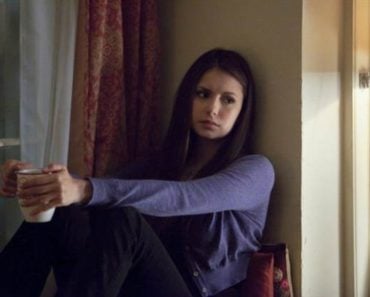 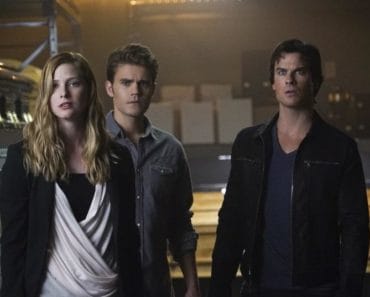 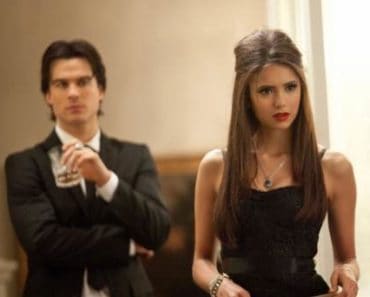 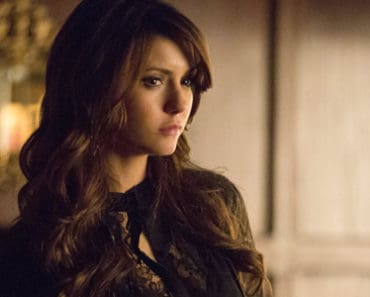