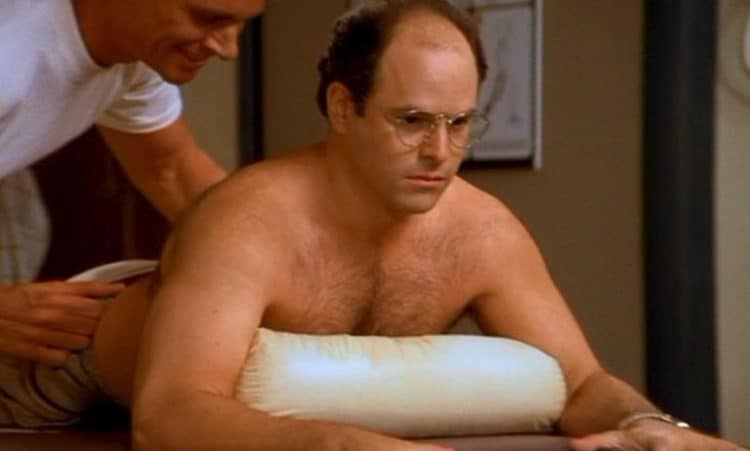 Being bald doesn’t feel like it has as bad a stigma as it did say 10 years ago.  I have absolutely no basis for that statement but I just feel like it’s true.  Maybe it’s because I have way less hair than I did 10 years ago?  It’s entirely possible.  Given that, there have been many memorable bald men from the ranks of television who we look up to, laugh at, and flat out love.  Unfortunately, not all are prime examples of manliness and strong moral character.  However, that really doesn’t matter.  Here are eight I happened to love throughout the history of television. 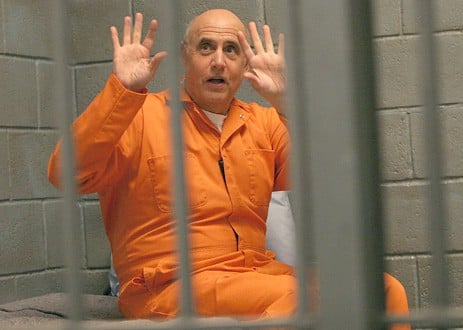 George Bluth Sr. was the not-so-beloved patriarch of the Bluth family during the short lived days of Arrested Development. He had a twin brother with a “mane” for a head of hair, which he promptly shaved so he could switch places with him to get out of jail. Oh brotherly love. 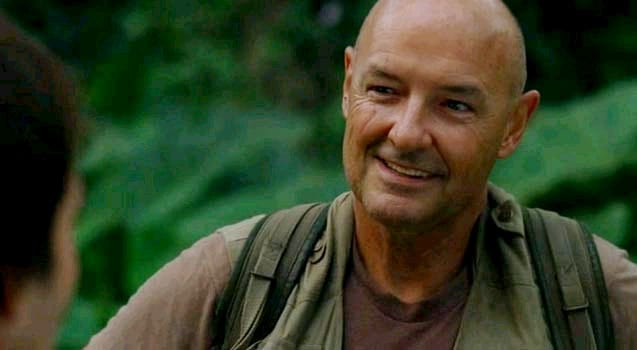 John Locke wasnn’t exactly as concerned with his missing hair as he was with finding enlightenment and answers about the island. Great thinkers are always bald: Buddha, Gandhi…midde-aged Jesus. 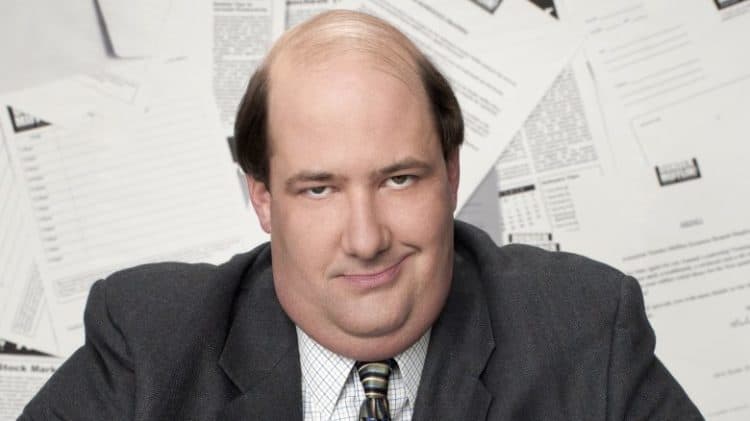 To be fair, Kevin was more thought of as “the fat guy” or “the dumb guy” around the office, rather than “the bald guy.” That just happens to be an unfortunate bonus. 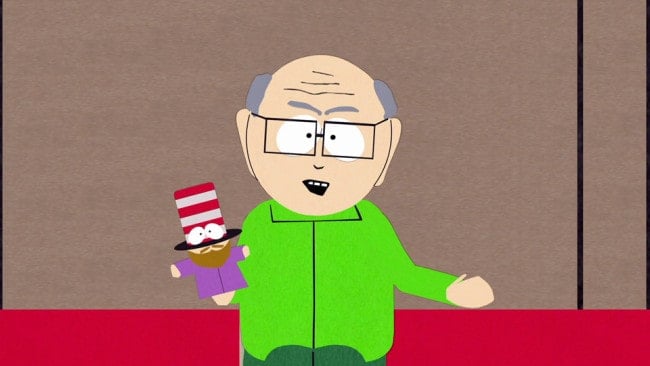 Throughout the many seasons of South Park, we’ve learned that Mr. Garrison has been bald since childhood, and even retained the look when he changed sexes. Maybe wigs irritate his scalp? 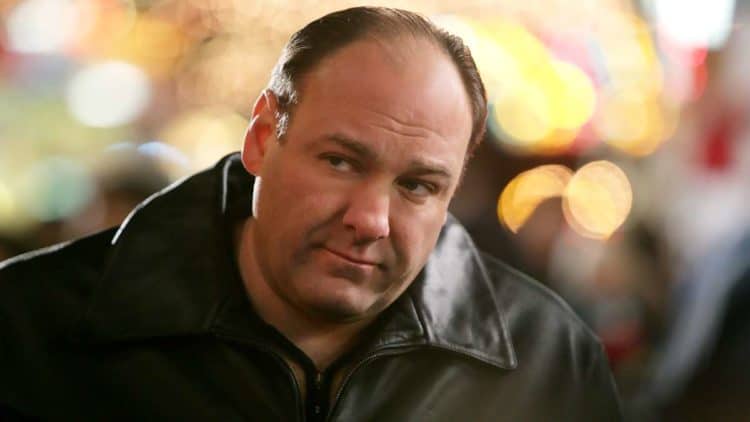 Guess how many people ever made a crack about Tony Soprano being bald? Zero. And if anyone did, they probably found themselves in pieces in the nearby freezer soon after. 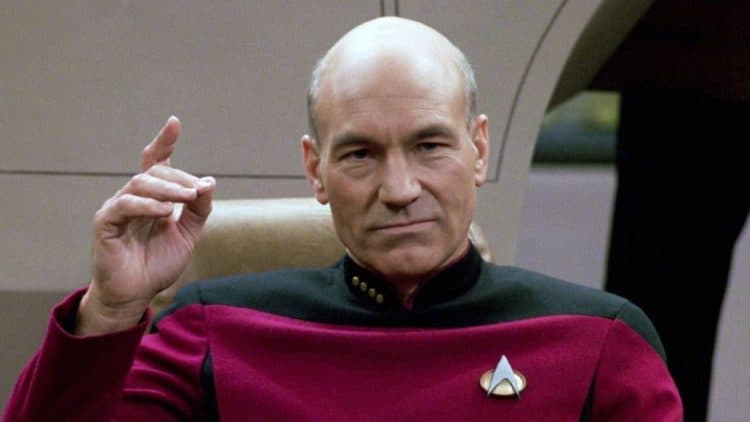 Captain Picard made baldness basically awesome during his years aboard the USS Enterprise. A fearless leader and a commanding presence on the bridge, he proved that you don’t need hair to get respect. 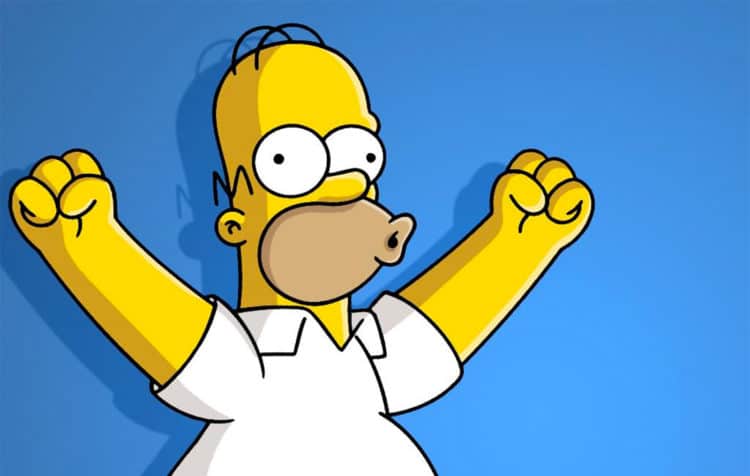 Homer Simpson gives bald guys everywhere a bad name as fat, lazy, idiotic slobs. But a fun fact about him, from the right angle, what little hair he does have (along with his ear) spells out “M G” after his creator Matt Groening. 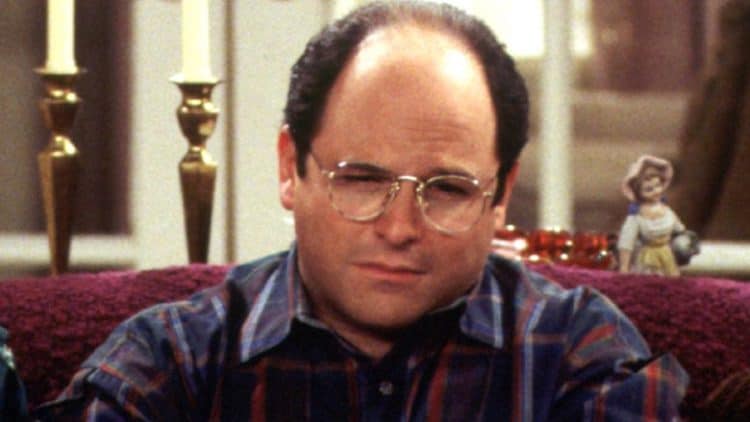 Everyone looked at Jason Alexander as the short, balding George Costanza and said, if he can do it, why can’t I? But sadly, most short, pudgy, bald guys won’t pull seven figure salaries. George himself wasn’t exactly an inspiration, but it’s who most people will cite if you push them to name someone who had very little up top. He was a weasel, a liar and an all around terrible human being, but also one of if not my favorite TV characters of all-time.

Archie Bunker – All in the Family