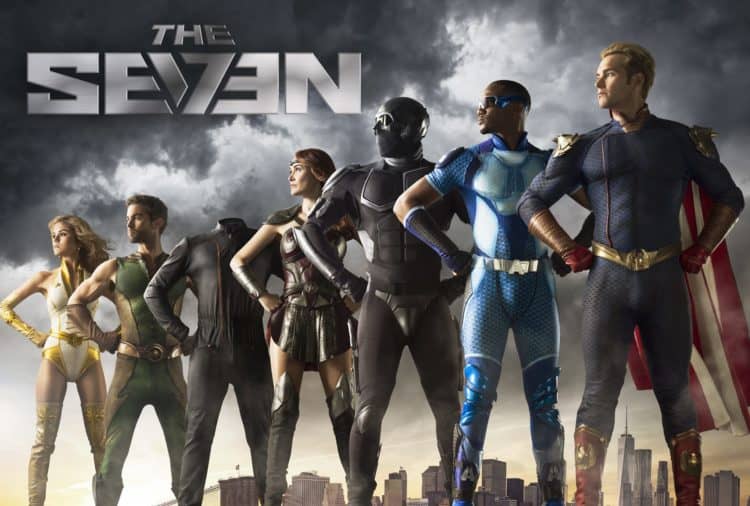 If you watch The Boys on Amazon Prime, you’ll notice how familiar The Seven really is. This superhero group is, on the surface, the most popular and bravest of all the heroes in the world of The Boys. Most people in America and the whole world see them as selfless and crime-fighting heroes who want nothing more than to save the world. Behind the scenes, however, they are the farthest thing from the world’s greatest heroes. The world’s most famous “superheroes” care way more about their public image as long as it puts truck loads of money in their bank accounts. They’ll star in their own movies, launch their own brands, and only occasionally fight crime. Whatever it took to convince the public that they were heroes, they would do, as long as it made them rich. If you’ve read the comics for The Boys, the Seven are far more amoral. The show at least makes them somewhat capable of having some kind of morality. If you’re a fan of the show, I implore you to read the comics. I should warn you, however, you better have a strong stomach. The show can get gory as it can get, but the pages of the comics get pretty graphic. The Boys really is a bloodbath, but there’s a lot of dark humor and intense action along the way. That’s why we got the show, but of course, it’s a bit neutered in terms of the violence. Understandable, but I think it does enough to be a bloodbath with enough dark humor to help us sink it all in. Hey, I’ll take it.

When it comes to the Seven, think of them as the Justice League flipped on their heads. Literally every member of the Seven was meant to be a dark mirror version of each major Justice League member. For instance, Homelander, the leader of the Seven, is a super dark version of the wholesome hero Superman. Likewise, longtime Seven member, Queen Maive, is based off of the most famous super heroine Wonder Woman. And of course, their silent super ninja hero, Black Noir, is heavily modeled after the famous Batman. Oh, but it doesn’t stop there. You have A-Train, the famous speedster athlete hero of the Seven, who is clearly based on the Justice League’s Scarlet Speedster, the Flash. And without a doubt, the Seven has their least famous member, The Deep, who is a far less cooler version of the underwater monarch known as Aquaman. Heck, even the now-deceased Lamplighter was heavily based on the cosmic ring-wielding hero known as Green Lantern.

It’s no question that the Seven was created to be a dark reflection of the Justice League. Of course, the Justice League has several comic book teams that are based off of them, but the Seven were meant to be a bit more grounded. They’re heroes to the public eye, but they ultimately care more about their own financial gain. These are not the kind of heroes we would want protecting us, which is why Billy Butcher helped form the Boys. But this small group of black ops professionals don’t stand much of a chance against the super-powered thugs of the Seven. Sure, they’ve been able to survive for a while and slip through the fingers of the Seven, but they can’t win the fight by working behind the scenes. Their best chance could be the next line of super-powered characters we’ll be getting in the upcoming third season. For starters, we’ll be getting Jensen Ackles playing a character called Soldier Boy. Just take a look at the photos of him in costume and he’s sure to remind you of a particular Marvel superhero. A Supe named Soldier Boy is undoubtedly modeled after famous war hero/superhero Captain America. But there’s another new Supe heading to the show and her name is Crimson Countess. She’ll be played by former Walking Dead star Laurie Holden. Take a look at the photos in her costume and you’ll notice some similarities between her and the Scarlet Witch. In other words, there’s a lot of red on her.

What do these two characters have in common? Both of them are members of another superhero team in the world of The Boys known as Payback. In fact, guess who is a member of Payback in the comics? The Nazi sympathizing racist known as Stormfront. Fun fact, she’s actually heavily based off of the Norse god of thunder hero known as Thor. She doesn’t need a magic hammer, but she’s capable of manipulating lighting and thunder on her own. So we have three heroes who are based off some famous Marvel superheroes and the most famous superhero team called the Seven based on DC’s most famous superhero team. I think fans of the show can see where they’re going with this. For the record, Stormfront isn’t the only character from Payback who has already appeared on The Boys. In season two, we got to see Eagle the Archer, who introduced the Deep to the Church of the Collective. If you know Marvel, you can quickly guess who Eagle the Archer is based on. So this team has members based on Captain America, Scarlet Witch, Thor, and Hawkeye. It sounds to me that The Boys not only have their Justice League-based team, but also a team based on the Avengers. This could certainly lead to a very epic confrontation between Payback and the Seven.

With the Seven in a bad spot with its members, we could be looking at a new team stepping up to challenge them. And I should probably point out that Payback also has their own version of Iron Man. In typical Boys fashion, he’s given a satirical name and unlike most Supes, has no powers. He is named Tek Knight and as the name implies, he relies on his inventions rather than powers. But let’s not leave out two other Payback members who closely resemble other Avengers. They have Mind-Droid, who closely resembles Vision, and Swatto, the size-changing hero who is very similar to Ant-Man. The names alone give it all away. It sounds like The Boys is gearing up for The Seven to battle Payback. In the comics, Payback is the world’s second most popular superhero team, right behind the Seven. Where does that leave them? Well, with Stormfront almost dead and Soldier Boy and Crimson Countess on the way, it looks like Payback will be debuting. Again, Stormfront will probably return, but I doubt she’ll rejoin the Seven. Everyone knows she’s a Nazi, but she’ll likely still have some supporters.

I think the other members of Payback from the comics will make their debut to the show. When they do, I can imagine Billy Butcher will concoct a plan to pit the two teams against each other. If you have two powerful enemies, then why not have them fight and kill each other? That just works all too well for the tone of the Boys and it just sounds like an epic battle. What are your thoughts, fans of the Boys? Does the idea of the Seven fighting Payback excite you? It looks like we’ll find out next year. This year feels empty without another season of The Boys.