Home
Television
WWE
The Mistake WWE Is Making With Theory 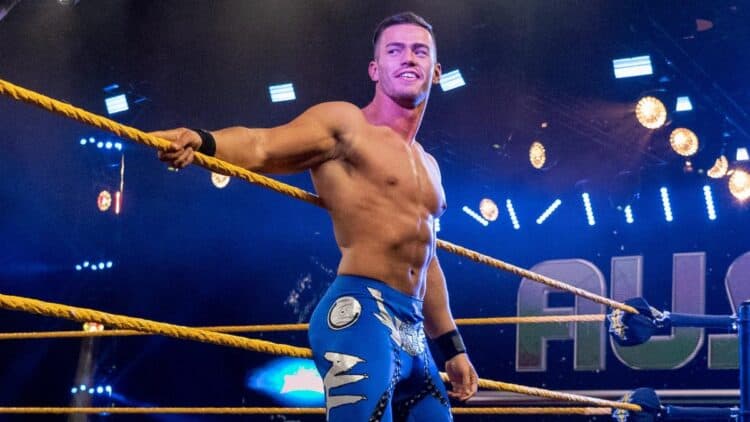 In truth, Theory wasn’t working out on the roster. He never fit Zelina Vega’s faction, though to be fair, the group didn’t have any sort of identity and self purpose other than being associated with Zelina Vega. You knew Theory was a heel, but his character had as many layers as the generic create-a-wrestler in the WWE video games. He came across as just another guy so it wasn’t a surprise that he didn’t get over because there wasn’t a clear mission statement for him. I going to assume that WWE did their investigation on the allegations that they were simply false. I won’t address them any further than that. Theory going back to NXT was a smart idea because he gave him a chance to properly develop his character and shape it into something that fits the mold of WWE performers. And the NXT creative should be commended for giving him one that Vince McMahon actually stuck with. Theory’s time in The Way was an eye-opener for a lot of fans and critics; The guy has already proven to be a solid worker between the ropes, but his time in Johnny Gargano’s faction highlighted his charisma and charm. It’s just a shame that officials don’t particularly realize that Theory’s gimmick is not upper card/main event material.

Theory’s return to the main roster was solid as he got wins over former WWE Champion Jeff Hardy and was decently showcased in the 2021 Survivor Series match. However, Theory took part of one the dumbest stories in the company, which was that he stole Cleopatra’s Egg from Mr. McMahon. This was done as a tie-in to The Rock’s movie, Red Notice, and though it did lead to him getting a WWE Championship match against Big E, it would take his character in a bad direction. Soon Theory would become associated with Vince McMahon, and that’s usually a good sign. Vince McMahon is synonymous with main event talent and it means that the company sees a bright future with Theory. However, the relationship between Theory and Mr. McMahon was odd from the very beginning. The backstage skits made Theory come across as a buffoon and none of them had any positive reception. There was no direction to these skits, it just reminded us that Theory was someone the company saw a future with. Comedy characters don’t particularly mix with the main event scene. Sure, The Rock, Kurt  Angle, John Cena, or Stone Cold had their comedic moments, but more importantly, they were serious characters who came across as stars.

Theory wasn’t necessarily treated as a star. He wasn’t having a hot feud that elevated his status or character. He hasn’t had a star-making performance inside of the ring. Fine, his defining moment was coming the closest to beating Brock Lesnar at Elimination Chamber. But the end result was that Theory came across as a cowardly heel who got lucky and was soundly defeated. He didn’t stand toe-to-toe to the “Beast Incarnate” nor did he even look like a credible threat. WWE is wisely investing their stock in a young talent, but the company needs to be careful how they move forward with Theory. The selfie gimmick is more eye-rolling than villainous, and he comes off a C-level boss. Theory is in the mid-card right now, so he’s not in trouble at the moment, but there needs to be some major development in order for the fans to take him seriously as a main event star in the future. This is why Big E and Kofi Kingston never got over as main event stars. They didn’t grow when they transitioned into the upper card level, and fans became annoyed that their goofy New Day antics were in the WWE title scene. Theory doesn’t have to be an ultra serious heel as it’s important that wrestling characters have multiple layers, but he simply can’t be the guy that he is right now. He needs to feel like a star, and at this moment, he feels like another cowardly heel that’s in the shadow of The Miz.