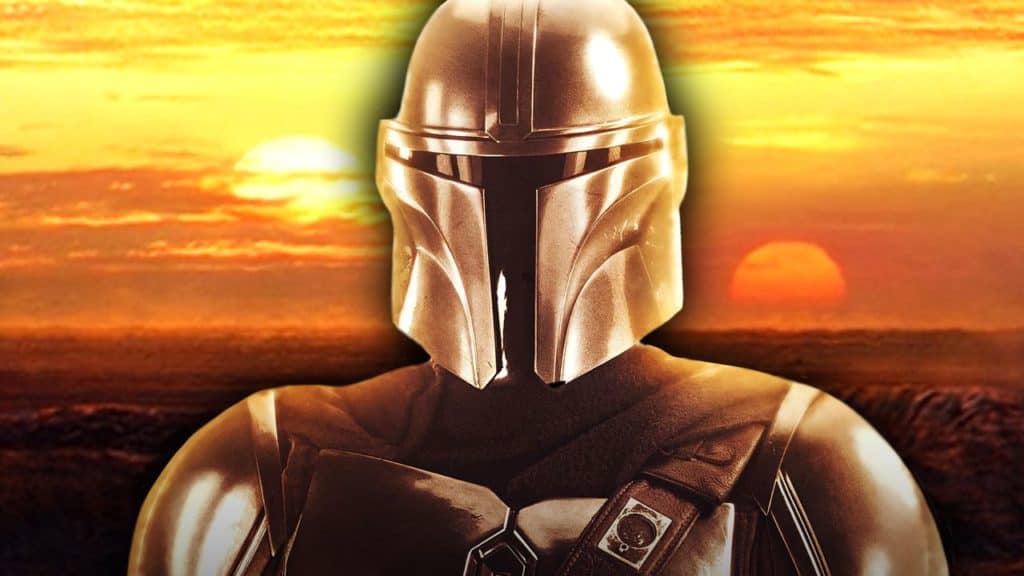 Wow, where to start with this one. A lot of us have been waiting for The Mandalorian season 2 to make its way back and to be serious, it couldn’t have started out any better at this point. So no, there’s no sign of Ahsoka, and the word is that she won’t be there the entire season, and will only show up a couple of times. That’s not a deal-breaker for a lot of people, but it does sound as though she’ll be more involved with the next season. As of now though, if you haven’t watched the first episode of season 2 it might be a good idea to simply look away and access your Disney+ account to take a look at the first episode. As you might have guessed, Din is firmly set on his quest to find another Mandalorian that can help him along his quest. Unfortunately, this means that he has to traverse the dark and shady underworld to find who might be able to point him in the right direction. As he enters a fighting den the audience is shown a fight between two Gamorreans battling away with what would appear to be vibro-axes, judging by the effects that are used upon each impact. The Abyssin or cyclops as some might need to think of him as, that he meets with of course wants to deprive Mando of something, but this time it has nothing to do with the Child, as the alien wants his armor, something that one can already assume that Mando will never give up. The ensuing fight is pretty impressive since not only does the armor continue to live up to its reputation, but Mando’s skills are put on display once again, though many fans will recognize that one opponent, a Zabrak, probably wasn’t finished off with a knife to the heart, since the creatures are known (to hardcore fans at least) to have two of them. Perhaps hitting one pump is enough to knock them out of the fight at least.

His trip back to Tattooine that is the result of his ‘questioning’ of the Abyssin might sound kind of confusing since the planet didn’t appear to hold much for him, but after he’s directed to a small town in the middle of the desert, after making fans realize that he can communicate with Tusken Raiders no less, he manages to find the Mandalorian that he was told about, only to realize that the man isn’t another Mando, but someone that purchased the very distinctive armor that fans should easily recognize as belonging to the most notorious bounty hunter in the galaxy. After demanding the armor back for his people, Din is roped into helping the town, especially after it’s discovered that another threat lies beneath the sand and is plaguing the Sand People and the townsfolk alike. It’s been years in coming, but the eventual reveal of a genuine Krayt dragon is so overdue for all the shots that have been presented of Tatooine that most fans were likely jumping out of their seat with excitement at the mere sight of it. Not to mention that Timothy Olyphant played the town marshall who wore the armor of a Mandalorian and that from the bantha’s to the massiffs, the dog-like creatures the Tusken Raiders keep, to the fact that the marshall was riding what looked suspiciously like a modified podracer engine that had a very distinctive form. The first episode is, so far, every bit as great as people were hoping since the Easter eggs show up aplenty, and the homage to the movies continues in such a great way that one can’t help but hop up and down with excitement to think what the rest of the season is going to bring.

Disney+ has definitely made a great decision in releasing one episode at a time since it not only heightens the excitement but it also brings people back considering the fact that we want to know what else is coming next and what other reveals will be planned. This time around, at least for this episode, the Child was little more than a prop that was used for reference and to maintain consistency, since if he’d done anything to help with the Krayt dragon it might have stretched the story a little too much since the mudhorn that he affected in the first season could have been a snack to the dragon, and any attempt to control or lift the dragon might have easily harmed the Child in a very profound way. But the coordination of the Sand People and the villagers and the finale, last-ditch plan that Din came up with on the spot was simply awesome since blasting his way out of the inside of the dragon, where it was most vulnerable, was about the only way to bring it down. If anyone noticed, and I’m sure they did, the Tusken’s were super-hyped to find a pearl the size of a large medicine ball within the remains of the dragon, and many fans will likely realize why this is so. For the Tusken’s, taking down a Krayt dragon is a sign of bravery, and the pearl is further proof this happening since as with all things when the dragon is stripped, consumed, and then reclaimed by the sands, there will remain only a memory of what happened. The Tusken’s live and thrive on the memory and traditions of their clans, so one can imagine that a pearl from a Krayt dragon, a prize that is bound to claim the lives of many, would be a great prize indeed.

I’ll admit, I was almost thinking that Din would allow the marshall to keep the armor after all was said and done, but it wasn’t too surprising when the marshall gave it up as payment for helping with the dragon. But as Din made his way back to the spaceport the figure that was seen watching was hard to miss, and the face of Temuera Morrison, the man that gave Jango Fett and the clone troopers his face, and now wears the face of his long-deceased father as Boba Fett no doubt, is someone that we’ll likely see in the episodes to come.