Home
Movies
Documentary
The Inventor: Out for Blood in Silicone Valley 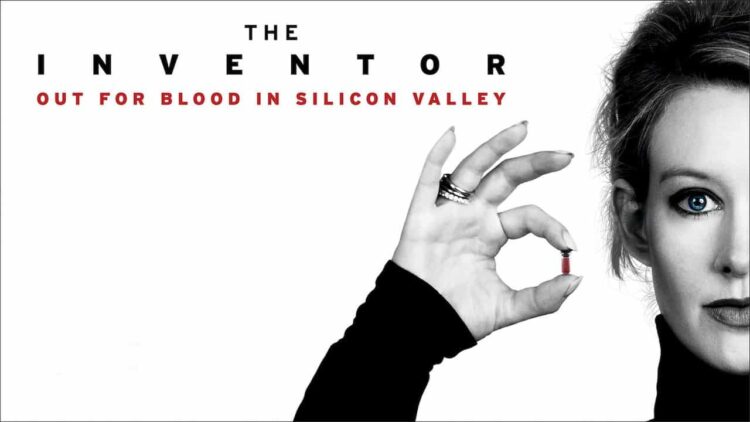 What’s really depressing about some documentaries is that they could have been showcasing something great, something beneficial, and a moment in history when humanity was given a true gift. Thankfully, documentaries such as those do exist, but it’s tough to find them at times since moments such as the Theranos scandal exist in droves. For that people speak of wanting to see miracles and the most positive moments that can possibly occur in human history, they will flock to misery and scandal any chance that’s given. Elizabeth Holmes had an idea that could have been highly beneficial for humanity, but the downfall was that it wasn’t sustainable, the technology wasn’t there yet, and she applied the ‘fake it until you make it’ technique in a manner that was convincing for a while, but folded up rather quickly when she needed to show results and couldn’t fake it reliably any longer. That’s kind of what happens when one has a solid plan but no means with which to make it work. She did what she could to protect her business, and it grew in a manner that was hard to deny. But what goes up has to come down eventually.

Throughout the documentary, it was easy to see how Elizabeth pulled the wool over the eyes of many people, including her own employees, when it came to pushing the machine that would supposedly run a blood test to determine if an individual possessed and possibility of developing one disease or another. Ideally, that would be a great invention that would still be ethically unsound since it would lead to a high risk of people finding out the medical information of other people when they’re not qualified to do so. But apart from that, it’s a bit of science fiction that humanity hasn’t caught up to at this point. While it might be possible to tell whether a person possesses a genetic predisposition to one disease, disorder, or any other genetic anomaly, the need for the machine to be able to tell what might occur in the future based on one’s blood is ridiculous. This makes one think that the box was meant to be a miracle machine, instead of a thing that depended firmly on the science and engineering behind it.

Again, the idea of being proactive when attempting to help individuals from a medical standpoint is something that many would no doubt agree is a worthwhile pursuit. But the fact remains that even if the machine had been capable of pulling off that miracle, the prices would have prevented many people from using it. Even with medical insurance, the prices of each test weren’t expensive on their own, but for a full spectrum, they could have easily financially broken many people. Plus, after seeing how the machines worked, or didn’t work, and seeing the lab that they came from, or at least a mock-up of it, it’s easy to say that this was a non-starter from the word go. The fact that Elizabeth and her partner, Sunny, talked the company up and even insulted those that came after them was kind of funny since dancing their way into the employee break room to MC Hammer’s “Can’t Touch This” left the feeling that they were only stalling the inevitable.

It did show a lot of arrogance, which was more or less respected by some folks even while it managed to irritate others. This invention was something that a lot of people were ready and willing to see as something that would be the future of healthcare, which is kind of sad really. The talk of healthcare is a lame duck when used in discussion since it’s an easy way to get attention no matter if it is a big issue in the USA. But bringing up this subject is bound to get a lot of people to listen, especially if there’s a solution being brought to bear that might be a revolutionary idea that could help untold millions of people. Elizabeth was smart when it came to her pitch and the way that she remained cool as ice when giving her pitch to more than one person. Whether it was her investors or celebrities that she was rubbing shoulders with, Elizabeth was, by and large, one of the greatest con artists of the modern era.

In some cases, it feels just that she would be seen to fail as she did since what she offered was a bunch of smoke and mirrors with the fancy window dressing of a revolution in healthcare practices. Some would say that this is a little too vindictive, that she doesn’t deserve such vitriol, but the truth is that regardless of her good intentions, Elizabeth did swindle a lot of people with a false promise that she couldn’t deliver on. For that reason alone, it’s easy to say that her time in Silicone Valley wasn’t short enough.