Home
Television
The Gossip Girl Reboot Trailer is Here: This is What We Learned 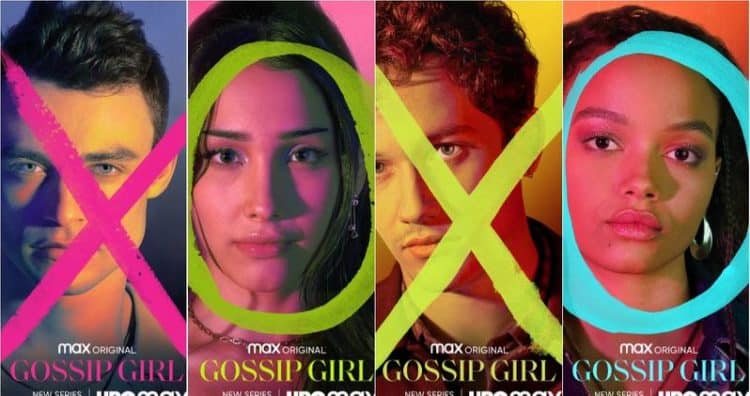 Pick your cliche with this show, since quite honestly Gossip Girl simply sounds like a game that the rich, attractive, and influential mob back in high school would have played to keep themselves amused while telling themselves that they’re better and more deserving than anyone else. It’s likely a pleasant fantasy that a lot of people in this world would love to join in, and it’s real enough for those that choose to believe it. As far as the show goes, this coming July will deliver the same kind of intrigue to those that happen to enjoy it since to be certain, these types of shows end up doing fairly well a lot of the time since people happen to love watching beautiful people and their problems. This time around the diversity is set to increase and the issues being experienced by the characters is said to be a little more pertinent to the real world, but that tends to be lip service to the fans so that they feel they can relate to those that are being seen on the show. It’s true that the series may very well try to keep things grounded and not stretch too far beyond what can be believed, but in a show such as Gossip Girl, it’s easy to think that as much as people want to relate to the characters and the situations, it’s going to happen that they’ll idolize the characters more than connect with them. That’s pretty natural even if people don’t want to admit it, especially when it comes to fans and their need to find something to connect to with their shows. It’s also been made evident that this series will have a twist to it when all is said and done, but as one can assume that’s not going to be revealed in anything but the show. Those wanting to know more about it are bound to tune in and make certain that they don’t miss a single moment of the show when it does return since it feels as though the story will continue to shift from one person to the next in order to make certain that those that need the exposure are getting it.

One really needs to be a fan of Gossip Girl, or at least be interested in the story, to follow the ideas that are bound to unfold in this series, and while every story is valid, without question, there are some folks that might be rolling their eyes at the idea simply because, well, it’s a small group out of a vast society that’s being focused on, much like any other show. Of course, that’s what makes a show so popular since it focuses on those people want to see and how they react to the world around them. Gossip Girl has managed to keep a pretty steady fanbase over the years even though it’s been a while and it’s likely that the reboot will take a bit of time for people to get used to. But bringing it up to speed in terms of technology and society is bound to please the fans and keep them watching for a while to come unless the story goes flat or something else happens that could undermine the effort. A lot of different things can happen to a show in the course of a season, so it’s fair to state that people will be watching Gossip Girl pretty close to make certain that everything is going to work out as it should since let’s be honest, reboots still aren’t a perfect way to go.

There’s been a lot of improvement when it comes to rebooting TV shows and movies since some folks have been paying attention to the source material a little more and it shows. Diversity isn’t the worst thing to ever hit a show or a movie since it broadens up the horizons and makes for a much more interesting story quite often. The fact that people from different walks of life and from different ethnic backgrounds mingle with each other and create a bigger, more expansive world within the confines of a movie or show brings more realism to the setting and therefore something that people can actually relate to at times since it means that the project is taking on a life that is a little more balanced and focuses less on one type of people in order to broaden the minds of those watching and make it clear that various people that don’t share a lot of similarities can create something unique and wonderful. In terms of the content, well, if you’re a fan then it might be to your liking since Gossip Girl is something that a lot of people happen to enjoy for a few reasons, not the least of which is the personal intrigue that’s such a vital part of the show.