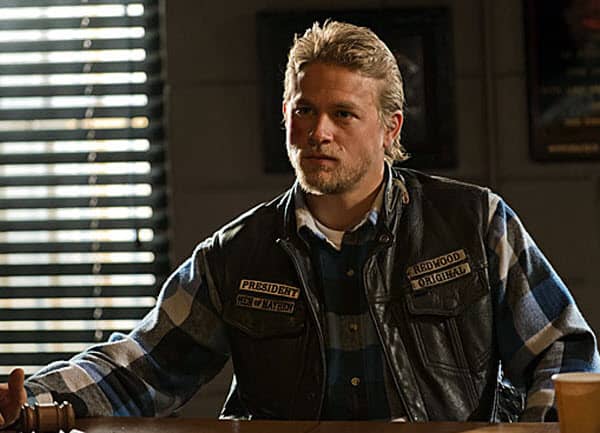 Sons of Anarchy packed a hell of a lot into their premiere last night, and certainly outdid themselves. I thought now that the whole Hamlet plotline has sort of been abandoned to fit the story (ie. Jax should have killed Clay), the show could lose its focus.

But from last night so far it seems to be  just as gripping as ever. I found myself being shocked time and time again over the course of the hour, so much so that I thought it warranted a list. And here we go.

We can begin with the end here. Yes, it was briefly mentioned that various Sons affiliates were having their homes broken into, but it was hard to expect that Unser (in Gemma’s house) would be next on the list. We have to imagine this is Pope’s doing, but perhaps not. Is there anyone we know who’s missing a foot, or will that clue come into play later?

Gemma Has a Three Way with a Pimp, and That Pimp is Jimmy Smits 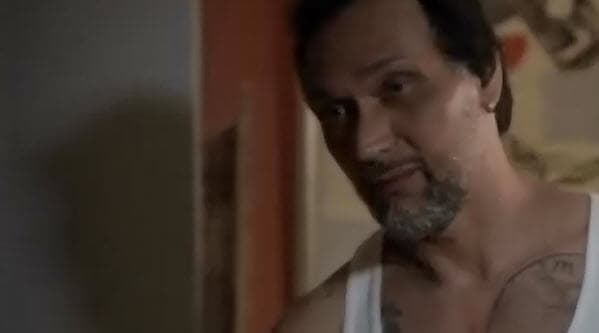 When the show opened with two naked chicks and a third getting railed, I figured it was Tig doing what Tig usually does. To find that it was Gemma trying to bone the pain of Clay away was quite a shock. Even more surprising was the fact that her new pimp daddy was none other than Jimmy Smits. I look forward to seeing what he’s got in store for us this season. 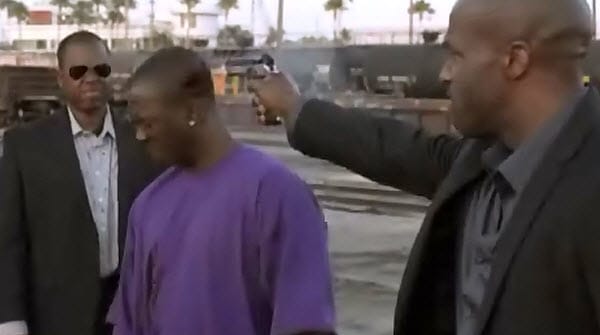 Many of us probably thought that LeRoy would have been the major villain of this season, but right out of the gate he was massacred by the larger threat, Pope. Similarly unnerving was the meet where the lieutenant was asked to kill Jax, but provided an empty gun, shot himself and used as a serious message from Pope. He don’t mess around. 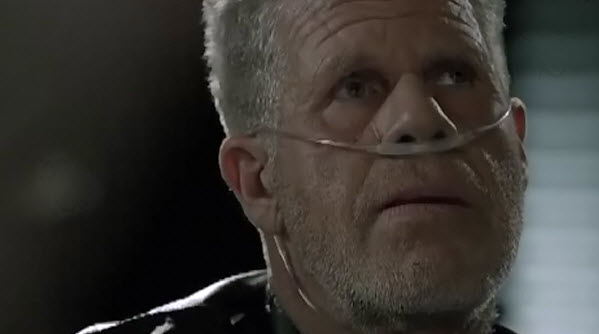 This wasn’t an action oriented scene, but it was shocking nonetheless. Clay admits to killing Piney, and the fact that Opie, not the Niners, shot him. Jax, like me, immediately wondered what his game was. He only told half the truth, as the real story would get him killed, but he claims he wants to turn over a new leaf. I absolutely in no way buy that. 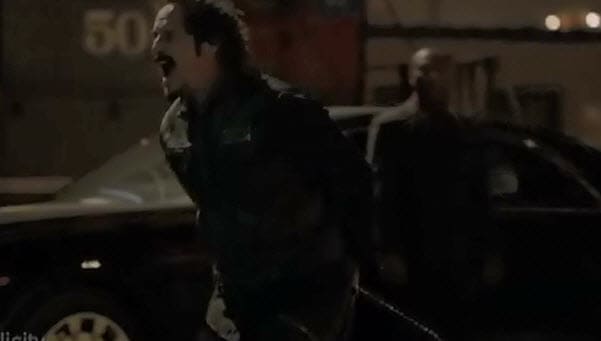 SOA has seen its fair share of shocking moments over the years from Donna’s death to Gemma’s rape, but this is one that will stick with us. Tig is forced to watch as Pope burns his daughter alive, and he’s helpless to stop it. I was wondering why Pope left him alive at all, as surely you don’t want a psychopath attempting to exact vengeance on you for something that horrific, but I think he thought that Tig would die in lockup. Fortunately, he escaped and will surely be hunting Pope more fiercely than anyone soon.