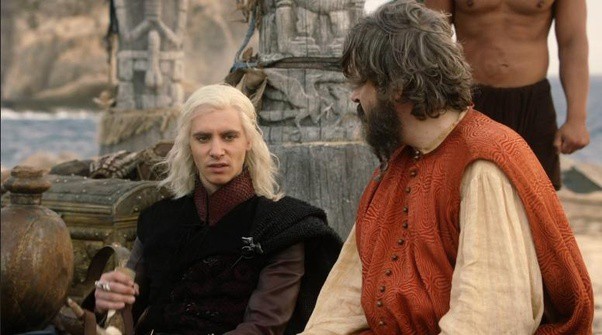 Dissent about Game of Thrones has been ongoing for a while now, since before the infamous last season that really set a lot of fans against the show in a big way, but casting has been an issue with some fans when it comes certain characters for quite some time. With various characters, it’s been easy to see just how well the casting team did their job. But in some cases, it was hard to really see what they were thinking, especially after having read the books, well, the books the George R.R. Martin has managed to get out to the public. Some characters didn’t just come across as being the same people that we read about, the same imposing or slight but determined characters that were so well-rendered in the story. It’s hard to say this about some characters since it’s likely to cause an argument, but at the same time, it’s necessary to stop looking at the show through rose-colored glasses and actually look at it from a very critical but reasonable and rational manner, which is not my strength really but is still necessary.

Here are a few less than successful casting decisions that affected Game of Thrones.

This is likely to garner an argument since a lot of people loved Emilia Clarke as Daenerys after a while, but after a time it’s basically because she was the only person there was, and as a result, there was no one else to look at for contrast. She did a decent job to be certain, but she had only a few key looks throughout the length of the show, and to be realistic the moment she went crazy in season 8 was the only real range she managed to show. In the book, Daenerys went from being a terrified young girl who had no control over her life. She eventually came to be a strong and commanding character, but strangely her expressions rarely changed.

Something about the character we were given just wasn’t what was expected. While the actor was definitely crazy enough to be Euron he had kind of a rough and tumble look that didn’t really fit with what was presented in the book. Euron was meant to be smooth, suave, and actually look like someone that could break a person in two if he wanted. This character sounded and looked like someone that might be comfortable playing someone like Kano in the Mortal Kombat movie, effective as a ruthless and largely uneducated individual, but not so much as the kind of individual that had seen the world and been cultured by it.

Was anyone else really rooting for these young women to get their comeuppance by the end? They were meant to be impressive young warriors that were essentially younger and deadlier versions of Oberyn Martell, but they ended up being a little too arrogant for their own good, and in the process, they were almost taken out by Bron and Jaime at one point. Had Jaime been at full strength it’s easy to think that he might have been able to handle at least one or two of the sisters and come away with only a few scratches. Plus, they felt like an afterthought to be fair, when in reality they should have had much stronger roles.

Consistency was the key to this character, and it just wasn’t there to be certain. The first man that took up the title and the armor was impressive and could have easily been Sandor’s older brother from the look of him, but the middle and last individual that took the role just didn’t fit the bill since they were more like placeholders that had been brought in to preserve the role. The last Mountain was physically impressive to be certain, but comparing him to Sandor when it came to age was kind of a joke since it really appeared that Sandor should have been the older brother at that point.

Realistically this character’s imposing stature had already run to fat, but the individual that ended playing the Mountain, later on, would have been a better choice, with some aging to be certain since he was meant to be around Ned’s age. But Robert was still meant to be imposing despite his age and flab, and unfortunately, Mark Addy just didn’t have this quality. He’s a good actor and he did his best in the part, but at the same time he’s not an imposing character and his voice doesn’t boom in such a way that he sounds that commanding. He was great as Roland in A Knight’s Tale since he has a friendly demeanor and a lot of personality. But when it came to being a king he kind of came up short, literally, since Robert was supposed to be around 6’6″ and Mark is around 5’10”.

A lot of the show went off just fine from a casting standpoint, but some parts just didn’t click right.