In the history of band names Mott the Hoople is one of the strangest, perhaps since its origin is pretty simple but hard to explain for a lot of people since they don’t know about the novel that inspired it. Before taking on this moniker the band went by a couple of different names and had limited success, which is to say not much until around the late 60s after they’d switched lead singers and changed things up a bit. You could easily say that Mott the Hoople wasn’t really going anywhere until they were noticed by none other than the late great David Bowie who penned All the Young Dudes which ended up becoming one of their most popular songs that helped them to become widely known. Throughout their somewhat short run, the band’s history only makes it as far as 1980, they did have a few lineup changes, but it would seem that they’re best remembered now by the most dedicated of fans.Â  They’ve had a couple of reunions in the past, and the band has another one coming up fairly soon.

Here are five instances in which their movies were used for TV or movies.

Finding clips that are useful for showing how the band’s music was used in various TV shows is kind of difficult but it’s easy to imagine that Mott the Hoople would be one of the many groups that would be used in That 70s Show since this was after all the era in which they were rather prominent and a few of their songs were considered to be rather popular. Even today it would seem that some tracks have made it through the decades and been remembered by a lot of fans in an effort to keep their sound alive and their memory strong. In terms of this show however a lot of bands received the same treatment.

Kill the Messenger isn’t quite as final as it sounds but it does prove one irrefutable point, when those in power want to cover something up they’re going to find a way to do it even if they have to ruin other people in the process. Webb continues to dig and dig until he finds the truth that a lot of folks are unwilling or too scared to bring forward since they know what will happen. But when he persists even after being warned and given a chance to walk away his life is turned upside down as those whose interests he’s working against start to use every tool they have in order to discredit and harass him.

3. The Diary of a Teenage Girl – Roll Away the Stone

Honestly it’s got to be hard to be a young teenage girl that’s just trying to figure out where her sexual appetites lie. Being with her mother’s boyfriend is bad enough, but the road this leads her down as she continues to be sexually active is something that might ruin a lot of young women if they take the wrong turn at the wrong moment. That being said though the movie does end on a neutral note at least since Minnie does manage to leave Monroe and starts to figure out just what she wants to do in her own life. Life is a difficult road when you’re a teenager sometimes, but if you can keep moving forward without tripping up too much it’s possible for things to turn out okay.

Juno is the kind of story you hope to never experience with your own child since getting pregnant in your teens isn’t the most ideal way to go about it, even if you happen to find someone that is willing to adopt the child and allow you to still have something of a life. The ordeal that Juno goes through during the movie is one that a lot of women have come to know throughout the years, and unfortunately it’s one that many teen moms have had to deal with as well. You can just imagine how any parent feels when they realize their child is pregnant, but in truth the parents in this movie handled it pretty well.

1. Billions – I Wish I Was Your Mother

Oh the pressures of being rich. In the show you can see just how people tend to deal with the pressures and how often they seem to make the wrong decisions when it comes to getting rich or staying that way. But something about this show has captivated enough audience members and made it popular enough to stick around. It could have lot to do with the cast considering there are some very popular names working together and the dynamic they’ve created is nothing short of brilliant.

Mott the Hoople is one of those bands that not everyone is likely to remember, but did and might still have a dedicated fan base. 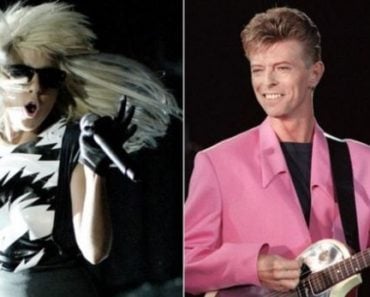 The 10 Worst Christmas Movies of All-Time

Was Palpatine the Smartest Sith Lord?