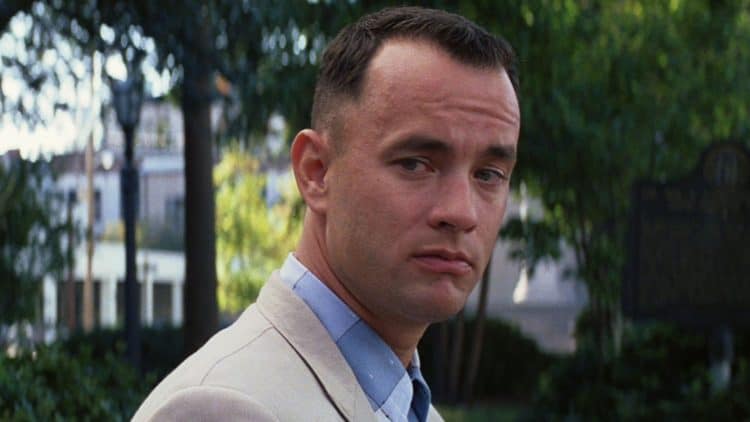 There were so many great songs on the Forrest Gump soundtrack that picking just a few of them was kind of difficult to be honest since the music back in those days was absolutely amazing. You’d likely hear people arguing that the music of today is just as good and even more worldly but then those folks weren’t around when this music was first released and have no real basis when it comes to what’s what and why this music was so important during the time. Learning why from a textbook, a video, or any other source that’s not firsthand isn’t the same since there was a feeling during this time period and in this movie that made people remember the moments in history that they’d lived through and what it was like to experience these events firsthand. That’s a big part of why this music is so great.

The moment he met Jenny, Forrest couldn’t and wouldn’t think about anyone else. His thoughts went to her so often that it would almost be called obsession if his love wasn’t so strong and his motives so pure. But for all that he tried to convey this over and over Jenny was damaged beyond belief for a lot of years, a holdover from the abuse she’d suffered from her father as she tried to find something, anything, that could fill that void in her that even Forrest couldn’t touch for a while. The sad part is that it took so many years for Jenny to realize that he was the one thing she was missing in life.

4. All Along the Watchtower

You can’t ever say that Forrest wasn’t afraid during his time in Vietnam since he was terrified at some points. But still he did as he was ordered and he did as he knew was right. On patrols he simply followed along as he was told and reacted when he had to. Some people might have called him the perfect soldier since he didn’t bother asking too many questions and he did what was expected of him. But in truth he was simply trying to fit in and do what Lt. Dan told him to do out of fear of disappointing him. This made him a great soldier but it also made him seem kind of dim, when in truth he was quite intelligent.

You can just imagine how many new recruits had the same look when making their way into Vietnam, uncertainty, fear, even a bit of trepidation about what might happen to them. There were no guarantees that they were coming home in one piece or at all from the stories that were constantly being told. But while Forrest and Bubba were both quite scared they were bound and determined to stick together since they were friends and they were going to look out for one another. In fact it’s actually one of the saddest moments in the movie when Bubba dies, as it may well have reminded many soldiers just what it felt like back in those days.

Jenny wanted to be a folk singer, someone that people would listen to, and she found a place where they would listen so long as she showed what she had. The downfall of this is that once Forrest saw her on stage being attacked he figured it was his job to save her. Unfortunately Jenny didn’t want to be saved at that moment and seemed to even contemplate suicide only moments later while in Forrest’s company. There was real love there for a long time, but Jenny couldn’t see it for the black hole that existed at the core of her being, the one that could never be filled until she finally realized just where she belonged.

The fact that this movie goes into so many points in Forrest’s life where he interacts with those that are bound for fame or is present within moments that are history in the making is quite amusing since honestly history buffs would blow this out of the water but the fun of it is that this one extraordinary life is someone that many would never see fit to celebrate. After all there are so many points throughout the movie in which Forrest is instrumental in the prosperity of those that went on to create big ideas, those that had no direction until he absentmindedly pointed the way, and even those that caught on to something they figured was a good idea because of something he did or showed them. Forrest is one of the biggest movie influences that’s come along in a long time, and as such his was one of the greatest stories of all time.

Seriously, it was hard to pick just five songs.