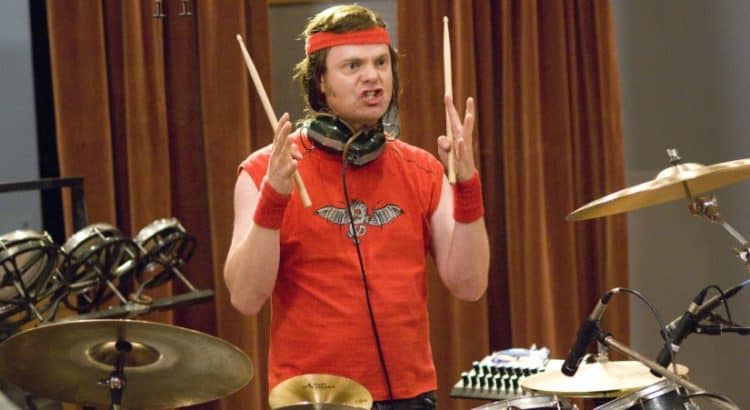 It’s pretty obvious where a lot of people know Rainn Wilson from the best but it’s also just as obvious that he’s made a rather impressive showing of himself since The Office and while he hasn’t been the most popular guy in a lot of his movies he’s definitely had a presence. Maybe it’s something about his face or the way that he kind of immortalized the character of Dwight but it would seem that a lot of people tend to see him as the sarcastic and very irritating character in a lot of stories where he’s featured. One bit of credit you’ve got to give him though is that he is quite good at what he does and is able to make people either hate his characters or at least tolerate them for the length of a movie. Even in films though it seems he can’t quite get away from being the guy you dislike or at least feel sorry for. He’s a good actor though, without a doubt.

Some of you might be groaning at the mention of this film since there’s no doubt that the shark films have been done, done, and overdone until they’ve become something to glorify as gore for the sake of gore. But the Meg at least had a couple of things going for it, the sharks in this movie could have swallowed Jaws whole and kept going, and they could have possibly even taken on the sharks in Deep Blue Sea and not had that much trouble. But in terms of the characters, there was no death more satisfying than Morris’ since he turned out to be one of the biggest jerks in the whole movie.

The character that Rainn plays in this movie is kind of what Dwight might be like if he lost his cushy office job and actually had to work with the people on a regular basis, or at least that’s what it feels like. He’s just as sarcastic and as rude and doesn’t seem to care who knows about it. While the movie itself was something that many can admit is kind of fun, heartwarming, and even engaging in a way, it does feature some characters you’d love to slap some sense into and some you’d just love to slap for the heck of it since they’re kind of jerks and don’t seem to have an sense of decency at all.

Rudy is a fun character to watch since he’s intelligent but kind of lacking in the whole combat department. Give the guy credit though, he does manage to shoot a flare into a moving vehicle with a great deal of luck. But aside from this he’s not much more than an analyst that knows a few things and can help out when needed. That being said though he becomes a very valuable asset when it comes to helping the guys complete the mission they’ve set for themselves and get word to their superior. It’d be kind of rough being the one that had to tell their boss that his yacht had been blown up though.

Apparently rock stars really don’t like journalists since they don’t feel that they ever get covered the way they should be and are always the victims of bad press. At least that’s the feeling in this movie since the journalist that gets sent to write on a particular band is treated like an utter outsider since he’s one of the guys, they figure, that is there to dish on them and not record the facts as they are. But as he gets in close with them he does start to lose a bit of his objectivity and thereby becomes less reliable to the people that are paying him. Unfortunately in any facet of life there’s usually and ‘us’ and ‘them’.

Fish is the guy that never really grew up despite life forcing him to do so if he wanted to survive. After losing his job and his girlfriend his nephew convinces him to play for his band since their drummer was suspended, but things go from awkward to bad to worse since Fish is bound and determined to do thing the way he did them when he was still in a metal glam band. When his nephew’s band is selected to open for his old band Fish finally learns to let bygones be bygones, and it would seem that karma pays attention as his nephew’s band rocks the house and the supposedly professional band that he used to belong to flops horribly, prompting an encore chant for the up and coming band.

It’s funny, but he can be a likable character, so long as he’s acting anything like Dwight on screen.