Home
Movies
The Five Best Prison Movies of the 80s 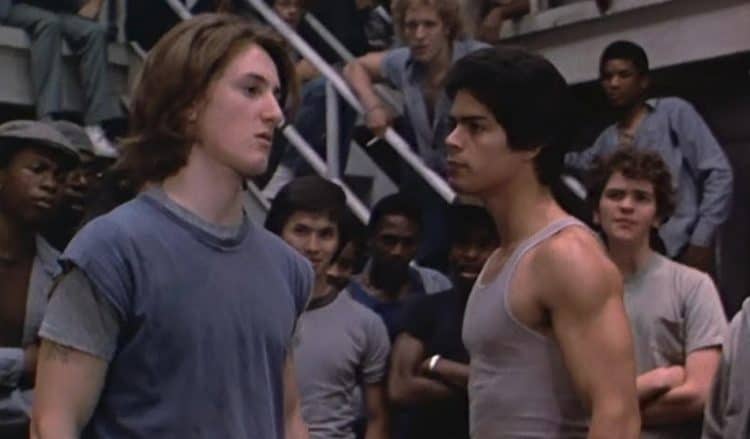 Prison movies have been the kind of pictures that are designed to show people at their meanest, their toughest, and in some cases at their worst. In the 80s these movies got kind of dark and even depressing in some ways but they were still entertaining enough that people flocked to the theaters or movie stores so they could watch. That’s one thing about society that doesn’t seem willing to change, no matter if a great number of people happen to think that incarceration either doesn’t work or leads to further abuse. People will always be interested in the misery and depressing views that are filmed in a prison setting since the idea of missing out on such a story is something that many human beings can’t seem to stand. They want entertainment, but they also want to see humanity at its worst. In some cases it makes people feel better about their lives.

Here are five of the best prison movies from the 80s.

Lock Up is one of those movies that goes for the gusto when it comes to showing just how tough prison life can be. Thankfully you can bet that if a warden were this corrupt that they’d be ousted in short order since stacking the deck against a person that’s been a model inmate isn’t all something that’s going to endear them to a lot of people. Frank did his time and he was doing everything he could just to make it work inside, but when one warden decided that he wanted to get a bit of revenge on him for something that happened in the past it became personal, and unfortunately for the warden Frank knew just how to make it work in his favor after he was pushed too far.

The reason this movie was so great, despite the laughable nature of 1997 heralding the complete lock down of New York City, is that the idea of creating a city-sized prison was both terrifying and so vast in scope that it left a lot of people in awe. John Carpenter has always been able to shock and surprise people but this took things to a whole new level that was simply too awesome to be believed. The movie was kind of over the top and a bit out of control but at the same time everyone fell in love with Snake and the fact that he’s just that awesome. Imagine running around a city where you couldn’t trust anyone and the only way to survive was to play ball with the same people that wanted you dead.

There’s no doubt that prison changes a person. When he’s framed as a drug dealer and sent to the big house Jimmie has no idea what he’s in store for. He has to watch his cellmate be stabbed to death and then set on fire, and then is forced to watch a gang rape of another convict while being told that he’s going to be a gang’s ‘kid’. When he gets out three years later he’s a changed man. He’s killed someone, he’s hardened up, and he’s not about to let the same cops that took his life away do it again as he and his prison contacts begin to plot and scheme to find a way to take the cops down. Prison does change a person, but it’s whether it makes them into someone else that matters.

Mick is the kind of guy that loves being bad and continues to aspire to bigger and better things in the world he lives in. But unfortunately when he crosses the one line that a lot of crooks won’t considering where it leads them he gets sent to a juvenile corrections facility where he’s forced to fight for his respect and in some cases his life. When his nemesis gets sent to the same place though it becomes less about respect and more about plain survival since the person in question is bound and determined to make Mick suffer as much as he possibly can. In the end Mick is the one standing, but the realization is that life is still about as messed up as it was going in.

It seems better to end on a lighter note since prison movies aren’t always just about the depressing and sadistic stories that go on behind the walls. There’s some fun to be had to at the expense of the reality that takes place on a regular basis. Richard Pryor and Gene Wilder play two men that are framed for a crime they didn’t commit and are sent to prison for the rest of their lives it seems like. But despite being locked away they both find ways to cope that, in hilarious fashion, stymie even the best efforts of the prison officers to make them miserable.

Prison movies are kind of depressing but they can be amusing too if done right.