Home
Entertainment
The Dark Crystal Will Be Getting Its Own Ballet 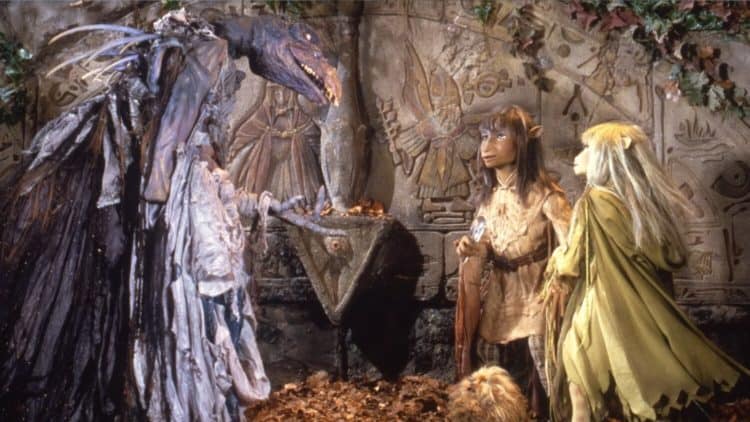 This seriously has the feeling of a conversation between interested individuals that might have discussed what fans of The Dark Crystal might have liked to see in terms of the overall story, and someone suddenly blurted out “I know! A ballet!”. It’s simple and corny as an explanation, but it’s to the point at least since it does feel that between a ballet and a second season of The Dark Crystal: Age of Resistance, that fans might have opted to see the latter, rather than the former, which is still up for debate as to what it’s going to be like. The imagery and the interpretive dance that are bound to go into the production are kind of obvious to guess at, but the wavelength that the producer of the ballet is on is definitely quite a bit different than that of the fans, who apparently don’t always know what they want according to those that are in show business. That’s fair enough since there are times when fans are kind of hard to lock down when it comes to telling what they want in a straightforward manner. Of course, even if fans do happen to know what they want to see, the vision that a director or producer has could be entirely different and the general attitude is that creating a story isn’t like stepping into Burger King, it’s not the fan’s way, it’s the director/producer’s way that’s going to be followed. Yes, that was cheesy, but it’s a good line to fall back on when it comes to describing how things go in show business when fans start crowing about what they want to see.

Just thinking about a ballet that’s based on The Dark Crystal is an interesting and intriguing thought to be sure, but it’s also one that kind of makes me wonder just why it’s still thought to be a better idea than continuing the story that was released to Netflix and then canceled without hope of a second season. Maybe The Dark Crystal: Odyssey is a compromise of sorts, but it feels more that it’s something that’s bound to show a different vision of a familiar story that will no doubt be appreciated, but still give people the feeling that a second season might have been a little more enticing. It’s hard not to say this since the first season of Age of Resistance ended on a very positive note, even if fans were well aware of how the story would eventually have to go. But the battle scenes leading up to that point might have been epic all the same since the Gelflings were united and ready to send the Skeksi’s running as fast and as far as they could, while the Mystics were more or less doing their own thing. The show even made it clear that the fate of the world was in even worse shape when Deet took the dark power that the Skeksi’s emperor unleashed into herself and disappeared soon after, leaving many feeling sorry for her plight since she was a favored character of the show.

Trying to reason what Odyssey is going to be about is kind of difficult since what we know of the story of The Dark Crystal hasn’t really been fleshed out in all directions yet, no matter that Age of Resistance offered up an entirely new way to look at the story and that the Gelflings weren’t exactly kind or good at times, as many among them were thought of as lesser simply because they came from other clans. The puppetry in the show was amazing, and depending on what elements will be used in the ballet it could be that people might find it alluring for a few reasons. But it’s still strange enough that some folks might want to think about it and perhaps see an example of what the ballet will look like before they make their decision. As one of the favored childhood stories of many people, The Dark Crystal is a resilient and versatile story that can incorporate many elements and can be presented in a manner that is easy for fans both new and old to embrace. But in terms of ballet, it’s still a little difficult to picture since this idea is something that’s been kicking around for a while and has shown a great deal of movement from the original movie to the Netflix series. Those that aren’t big fans of ballet might not get a lot out of this but at the very least it will be something interesting to take a look at in order to better understand it and to say that a person at least tried to get into it. After all, it’s better to at least try new things before saying we don’t like them.