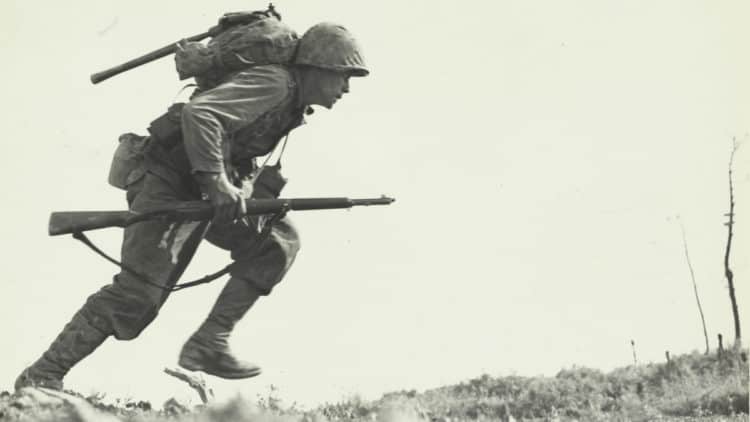 Within the annals of human history, from the epic battles of the Ancient World to the current long-running conflicts in the Middle East, there has never been a war like the Second World War. It is also fairly accurate to say that there will likely never be another war quite like this one. In less than 20 years time, the 100th anniversary of the outbreak of WWII on September 1, 1939 will arrive, and in certain parts of the world, especially Europe, WWII is still known as simply “the war.” World War II saw engagement from nearly every nation on the planet between the years 1939-1945, and the sheer amount of battles fought is far too long to name. Atrocities such as the Holocaust and the genocides committed in Asia are some of the worst (if not the worst) in human history, and form a large percentage of the estimated 80 million people that lost their lives during this six year period. The artillery used in battle, the rise of aerial bombing campaigns and massive coordinated land invasions, the epic victories of both endurance and fortitude exhibited by Allied nations against the Axis powers, and the capping of the war with the use of nuclear weapons are all the stuff  of warfare legend and painful, unmitigated suffering and slaughter that still defy our abilities to adequately put the horrors into words that defines WWII. There have been numerous books, films, specials, games, and other media dedicated to exploring the war and bringing it to life for new generations. There are also numerous stories left to tell, but by far some of the best ways to visually learn about this era are through documentaries. There have been many made over the years, but if you are looking for all-encompassing documentaries that try and capture the whole story, here are 5 you should consider.

Greatest Events of WWII in Colour (2019)

The Greatest Events of WWII in Colour, along with its sequel (below) is one of the most recent WWII documentaries made. With distribution help from Netflix, this British-produced, 10-episode series explores some of the most immediately recognizable battles and atrocities from the war. It doesn’t cover everything as that would feasibly need to be at least a 50 to 100 episode series, but with the insight provided by leading WWII scholars and the colorization of archived footage, this documentary is an easy way to spend 10 hours in binge mode. Some of the highlights are certainly the “Battle of Britain” which explores one of the war’s earliest significant battles as the Royal Air Force of the UK successfully fended off potential invasion from the Nazi Luftwaffe during 1940 and 1941. The loss of the battle was Hitler’s first major loss, and his inability to break the Brits saw him turn his attention towards the Soviet Union. Another outstanding episode is “Liberation of Buchenwald” which features superb insight and harrowing first-hand recollections of the horrors of the Holocaust.

WWII in Color: Road to Victory is the recent sequel to the above documentary series on Netflix. Another stellar set of 10 episodes is featured with the same quality of scholarly insights and colorized archival footage. This series seeks to fill in some of the gaps missing from the first series, and a particular highlight is “The Invasion of Italy” which explores the Axis-led Italian campaign of WWII–a feature missing from the first series. The rest of the sequel series explores some other significant battles that were also not covered in the first series. It would be great to see this series continue on for multiple seasons and cover all aspects of the war.

Back in 2009, the excellent documentary WWII in HD aired across 4 nights on the History Channel. By far one of the biggest highlights of this 10-part series was the stunning HD remastering of archival footage that is presented in crystal clear visual playback. The series is skewed towards an American perspective of the war, and some insights and coverage of the Holocaust and the bombings of Hiroshima and Nagasaki from the Japanese perspective would have been more well-rounded, but what is here is a perfect way to take a deep dive into some major points of the WWII.

Available on Blu-ray and DVD

The World at War was one of the very first comprehensive documentaries ever made on the Second World War when it aired way back in 1973-1974. It is also to this day the most complete and visually voluminous documentary about the war at 26 episodes and 22 and a half total hours. Practically all of the major talking points of the war are covered at length within this documentary. The documentary was produced and made in Britain, which means it does have more of a focus on the European theater of war, but this would work well as a complimentary addition to WWII in HD which covers more of an American perspective largely in the Pacific theater of the war. It would be considered a bit dated by today’s standards in terms of its graphics and presentation style, but this is certainly something to seek out on DVD for all WWII documentary fans.

In the field of documentary filmmakers, Ken Burns certainly sits at the very top. He has created critically-acclaimed documentaries about subjects as diverse as the American Civil War, the Vietnam War, baseball, America’s National Parks, and many others. In 2007, he turned his distinctive interview-led documentary style to WWII with The War, which was presented in seven parts in interview fashion to tell a more intimate story of the American perspective of the war. The series focuses on interviews from veterans in four American towns–Mobile, AL, Sacramento, CA, Luverne, MN, and Waterbury, CT. This documentary is a complete American perspective, and its presentation and the emotional weight of some of the interviews makes it one of the very best WWII documentary series.