There are a lot of rappers out there that claim to be living the life and going through hard times but seem to be troubled individual that make poor decisions and wouldn’t know a gram of cocaine from heroin if pressed. But 50 Cent is the kind of rapper that’s been there and done that and has sincerely done his best to change over the years. He might not have run with a gang as far as anyone knows but he’s been around long enough to know that changing his life was absolutely necessary if he was going to have any kind of a future. That being said however he’s still had his fair share of trouble after becoming famous, as he’s caused a great deal of damage to property and lives throughout his career. Many people stand beside him still, but whether you do or not the man has created a legend that is hard to deny.

Here are some of his songs from TV and movies.

While the first one was kind of a glimpse into the forming of the Four Horsemen this one was a definite way to play with the idea that they were still very much around and in the game. When the man they outed in the first movie comes back for a little bit of payback however via his supposedly long-dead son however the Horsemen seem to be backed into a corner that they can’t escape. What anyone that watched the first movie should realize though is that by looking too close at what’s happening and trying to see just how the trick is being played you’re missing out on the details that are happening all around the main part of the movie.

From movies to TV people have a very odd fascination in the devil. Some depict him as a rather evil individual that’s bent on claiming the souls of humanity all for his own and creating a hell on earth that will rival heaven and possibly give him an edge. This show however depicts him as a rather suave individual that’s not necessarily bad at all times but does accept who he is and what role he has to play in the world. However you see the face of what’s considered to be the root of evil really depends on your upbringing and what you feel is the ultimate evil, as the devil has been redesigned and revamped more than once throughout the history of humanity.

Out of all the movies out there that show what it might be like to be a stockbroker, Boiler Room is one of those that seems to get it right in some part. If you’ve ever been in the pit in your life, or even come close enough to smell one, then you know it’s chaos, utter madness on the best of days and a sad and depressing place on the worst. Not everything is accurate obviously, but the pursuit of the almighty dollar and what some will do to get it is kind of appalling. But that’s the quest for the money unfortunately, it makes some people do some very odd things that might be completely out of character but still surface at just the wrong moment.

In terms of being a classic this movie is something that people might argue over since it’s funny, it’s engaging, and it’s over the top just enough to warrant calling it the kind of movie that people should watch at least once before passing judgment. It certainly gets the idea of a hangover down just fine, but being drugged and then not remembering anything the next day would probably give anyone a serious case of the sweats. Plus, how much booze do you have to drink in order to be able to pull your own tooth and not scream bloody murder during and afterwards? That’s cringe-worthy all on its own.

If this kind of thing ever does happen then it might be interesting, but until it does boxing is still a brutal sport. In this movie though it’s brutal to the point of limbs being ripped off and heads being literally smashed in during a match. One thing you can say about Atom though is that for being a sparring bot he seems to be able to take an inordinate amount of punishment compared to his much more advanced peers. Of course that kind of makes sense that a training bot would need to be tougher in order to give the other bots a challenge when they’re attempting their signature, limb-shredding moves.

You would almost think that being a star and having the kind of fame and fortune 50 Cent has would be an incentive to stay out of trouble, but we’ve all seen how that goes thanks to the tabloids. 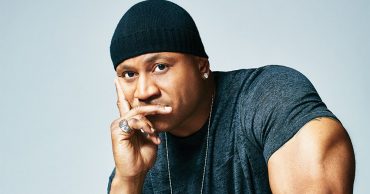 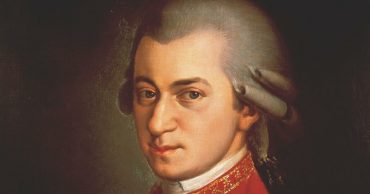 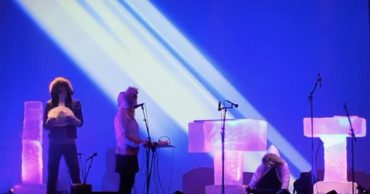 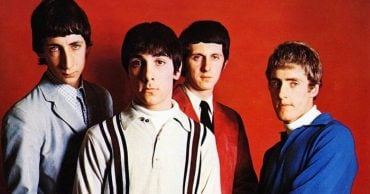 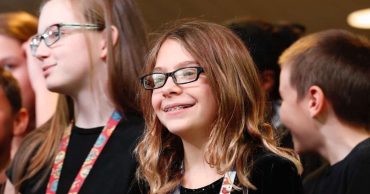