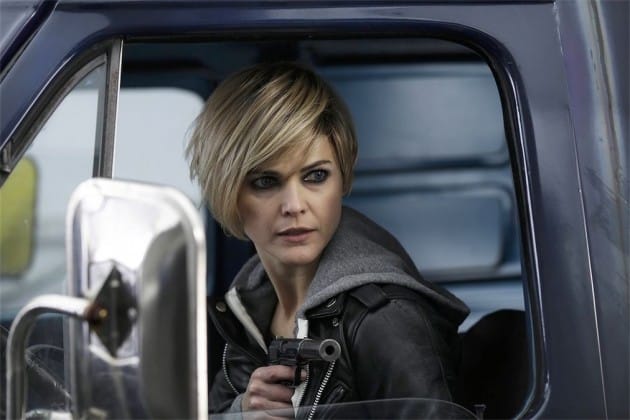 Part of the allure of doing a period piece is encapsulating a time and bringing it to life for a new generation. Historical fiction is a genre that flourishes because of that. People like being immersed in another world. The Americans isn’t so far removed from our own time, relatively speaking, but life a few decades ago was obviously quite different than it is today. Life a few decades from now will be vastly different, too. But to really capture the feeling of being somewhere foreign takes a lot of work…unless you’re The Americans. From the beginning of its very episode, which featured Fleetwood Mac’s “Tusk” in a chase sequence that showed the show was already a cut above its peers, life in the eighties has seemed real. All early jokes about the wigs aside, the wardrobe, makeup, and hairstyling teams here have proven to be exemplary. Yet, when The Americans pulls out a set piece that uses a specific song in a specific way, it manages to do something more than simply bringing something to life. Music is one of those things that has incredible power when used as a supplement, especially in film and television, and it’s no surprise that the crew held off on Fleetwood Mac’s “The Chain,” waiting for the right moment, since the song is easily among the best rock songs of its time–or ever. The end result in “Walter Taffet” is one of the most high-octane action pieces this side of Banshee, and while the episode is an otherwise great episode, its use of “The Chain” elevates it to television perfection. Like holding off on using a song like this, I wanted to hold off on giving The Americans a perfect score for as long as possible, since that recognition should be meaningful. This is it, though. “Walter Taffet” is a must-see episode of television.

“Listen to the wind blow. Watch the sun rise,” begins the Fleetwood Mac song. Both are images of preparation. Listening and watching, while forms of being active, require something to listen to and watch. “The Chain” is half build-up, and The Americans utilizes that structure to fit its genre of spy thriller. There will be heavy action sequences in the series, of course, but there needs to be plenty of conversation and moved pieces as build-up until you get to that climactic scene. On a smaller level, “Walter Taffet” builds up the action in conjunction with the beginning of the song, as everyone settles into their places, including Hans watching from the sidelines.

And as far as running “in the shadows,” nothing could be more relevant to Philip and Elizabeth. While we’ve seen plenty objectives carried out during the day in The Americans, the Jennings (and other characters who are working covertly) operate at night, in the shadows after the prep work they do. “The Chain” continues to curse “your love” and “your lies,” which doesn’t necessarily speak to the episode’s climax, but certainly applies to the entire story of the series. Lies and love go hand-in-hand, and “Walter Taffet” is concerned with that so much that Philip specifically calls Elizabeth’s omission of mentioning her conversation with Paige as a lie. It leads to almost childishly saying that he’s going to stay with Martha on the night, so as Elizabeth and Philip have seemingly strengthened their bond over three seasons, it’s come with the by-product of being more personally affected by the loves they have to lie about. It’s really just on the job that they can function effectively right now, and given how they continue to grow together after pushing each other part (such as Philip telling Elizabeth about his son, and Elizabeth reacting pretty well since the son is in combat), one would have to assume that emotional distraction is going to affect the job as well. Curse love and lies both, indeed.

“And if you don’t love me now, you will never love me again. I can still hear you saying you would never break the chain.” This might be belaboring the point, but “The Chain” as a song and symbol parallels The Americans most fully in these lines–at least now. With Elizabeth finally going through with Paige, and Philip being aware of that, this kind of is a point of no return in some ways when it comes to their relationship. Either they make peace and continue to love one another, or that chain is broken. And what happens if that chain breaks? That’s the question no one wants to ask. Maybe it’s one that doesn’t need to be asked, either. As viewers of a television series, we more likely expect Philip and Elizabeth to co-exist for as long as The Americans runs, but in a different world in which this wasn’t a fiction governed by the rules and traditions of writing, it’s an incredibly interesting question to ask: What happens if there’s no overcoming a difference like this? The work itself persists, but these two people have built a life together that makes them most dangerous and efficient when they’re together emotionally. Even if it’s not a question The Americans is interested in taking seriously, “The Chain” brings it to the table nonetheless–again, pushing the series beyond its normal boundaries into something even better and more interesting. “Walter Taffet” may not be remembered as the most action-packed, game-changing episode of the series or even the season, but looking at it in isolation as being representative of what the series does well as a whole, it might be the single best example of FX’s powerhouse drama.

– This entire review could have easily been about how ridiculously well Noah Emmerich directs this episode. From the opening bit, where the camera pulls down from outside the Jennings house, to the post-credits shot of Philip in the shower to the blocking and framing in the bed scenes between Philip and Elizabeth…this is just fantastic work. More, please.

– But as Noah Emmerich has an amazing episode behind the camera, Stan gets dropped with the potential of divorce papers. Poor Stan. At least he has a meaningful conversation with his son.

– Martha is beginning to put the pieces together after a intense situation at the office. That can’t be a good thing. The fact that Philip is married to Martha is still mind-boggling, but the payoffs that it set up down the line have been some of the things I’ve anticipated the most. Cannot wait. 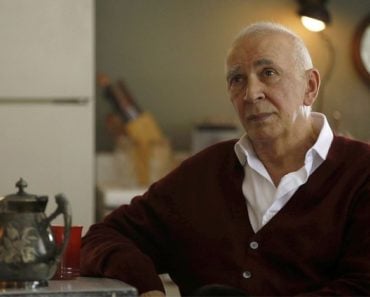 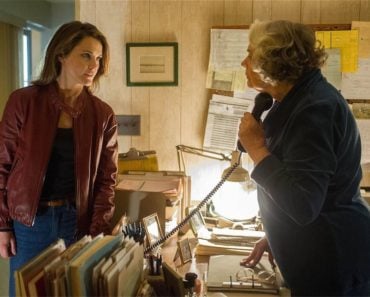 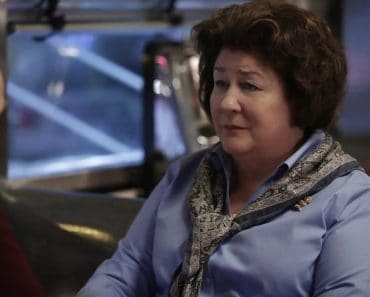 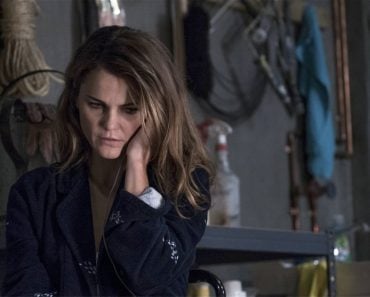 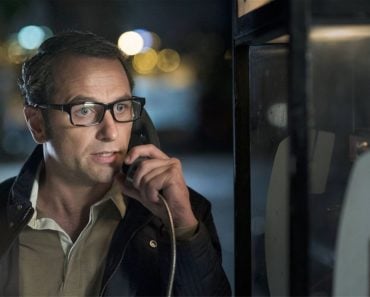 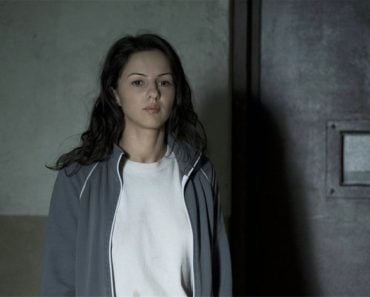