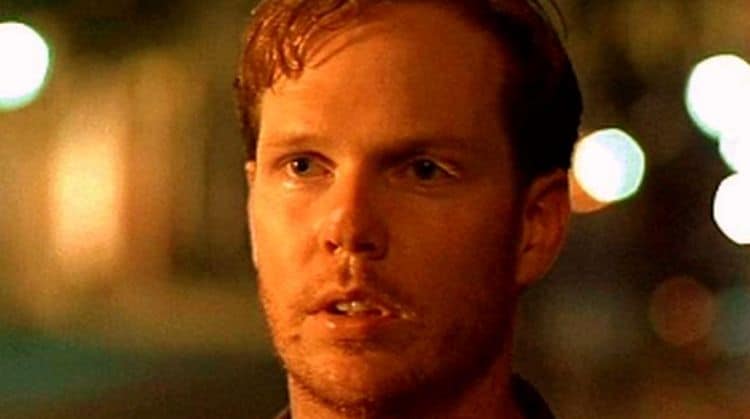 I don’t say this about a lot of actors, but with all due respect to William O’Leary, there could be a reason why he’s so hard to remember, at least when it comes to his name. The guy is the kind of actor who plays very weak or less than forceful characters and doesn’t appear imposing at all. There have been a few roles in which he could have been at least a little intimidating, but perhaps his face, his form, or his acting style makes it nearly impossible to be intimidated in any way by this guy. That’s not necessarily the worst thing in the world since it’s very possible that he’s completely different in person than what he appears to be in the movies and on TV, but his performances, while not weak, do depict a few very weak characters that don’t appear to have a mean bone in their body. His most memorable characters are those that don’t really seek to cause any harm to another person or are a bit goofy and naive but still pertinent to the plot since he tends to get a good number of lines to speak and the screentime that befits someone of talent. A lot of people would probably think of a few of William’s characters as a bit moronic, naive, and even foolish, but he plays them well and is great when it comes to being funny.

One such role is that of Jimmy from Bull Durham, which also stars Kevin Costner, Tim Robbins, and Susan Sarandon. Jimmy isn’t much of a main character but he does show up more than a few times in the movie and he’s kind of amusing since Jimmy is the Christian on the Durham Bulls that believes in living his life virtuously and without compromise and he gets razzed by the other guys constantly for preaching the good word over and over since none of them are about the same life that he is. But what’s really funny is that Jimmy ends up being approached by the girl about town that’s had many of the Durham Bulls players in the locker room or elsewhere, and has an earned reputation that Jimmy knows nothing about. Despite that, Jimmy proposes to her after a very short while and Millie gives up her life of chasing men to be with Jimmy. The guys of course give him a proper sendoff on the field and give him a cake that makes the good little Christian boy blush furiously even as he engages in the fun. Jimmy is the kind of character that’s brave enough to have his own convictions and to stick them even under intense peer pressure and even when he’s the only one in the locker room that has the type of beliefs that he has. But he is kind of goofy and naive and it shows throughout the movie, though it doesn’t appear to hamper him in any way.

Another fun role was Pete “Dead Meat” Thompson from Hot Shots!, who was kind of a funny and very unlucky individual since he ends up dying not in a plane crash and not after being hit by an ambulance but after a few other incidents that finally proved to be the end of him. Dead Meat was the kind of character that everyone knows is going to end up getting killed, seriously injured, or put into some situation that’s going to end with him being seriously screwed just because of his name, and the movie didn’t really disappoint. William has been able to perform other roles over the course of his career that haven’t been quite so goofy and have even shown him to be a decent actor, but the two that were mentioned above are among the most prominent, along with his time as Marty Taylor, the brother of Tim Taylor on Home Improvement. At least on the show, he had a better chance of showing that he was kind of just a regular guy that didn’t get singled out that often and was more or less the type of guy that a person could hang out with. One great memory from the show came when Tim accidentally saw Marty’s wife in the shower and Marty decided to get Tim back at the end. His time in the business has made it clear that William can do drama and he can do comedy, which is a pretty good mix of talent that might be kind of common but is still good enough to keep a person moving forward.

As of now, he’s still acting, but it’s fair to say that he’s kind of slipped under the radar for a while as he’s continued to take on one role after another. The good part is that he’s still pretty funny.