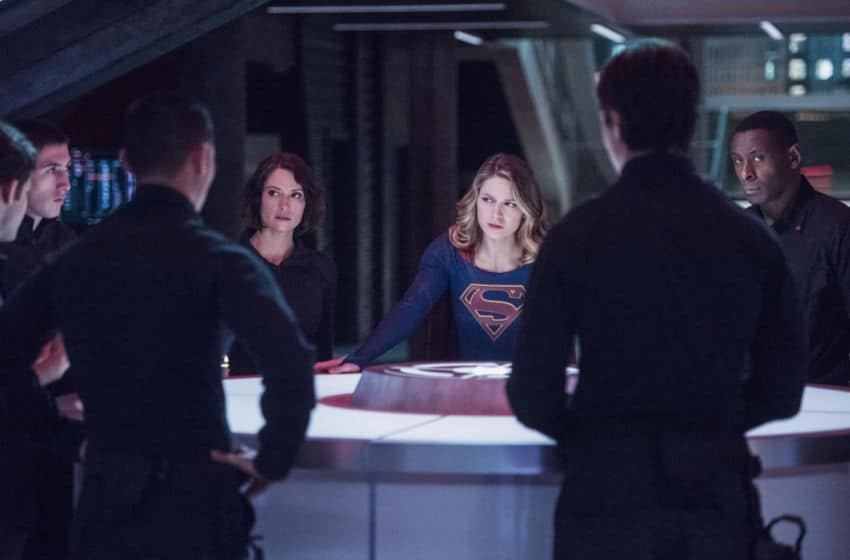 One thing that Supergirl has continuously nailed is the relationships between the characters on the show. In the past, all of the connections have been linked to Kara and displaying how much she cares about these people. Everyone in Supergirl does a nice job of communicating with one another, which can turn out to be a pretty cliched when their are conflicts, but not here. The show has taken it’s time in developing all of the main characters, so naturally, new relationships have blossomed and “The Martian Chronicles” finally address the shift in these character relationships now that so much time has gone by.

For Kara, she’s in a really tough place right now and it’s not easy for her to deal with all of this change at once. Alex has a fresh relationship with Maggie, Winn and James are only becoming closer with their Guardian crusade at night, John has found another martian in M’gann, and even Mon-El has now distanced himself from Kara. Change is hard to accept, especially when it revolves around those we care about most, and as a result it’s hard to not overstep the line of input allowed into other’s lives. Kara begins to overreact because she’s upset, and Supergirl always knows how far it’s allowed to push before feeling like an over exaggeration. The show always keeps it’s characters smart, and “The Martian Chronicles” hits the nail on it’s head with how it mends everything.

When it comes to Kara and Alex, the sisters are only really hitting a minor speed bump in their relationship. In the episode, Alex does do the best job that she can to communicate with Kara and make everyone happy, and while it’s unfortunate that Kara has the spotlight taken off of her, everything in the situation is fair. Alex is trying to be a good sister while also being honest with herself, which is going to create give and take between her and Kara. Moving the celebration of a birthday isn’t the end of the world, but the first time anyone is put into the situation Kara is, they are going to feel unimportant. However, that’s what comes with being a family, sometimes there is distance or conflict, but it will always be worked out in the long-run. Supergirl does an even nicer job in the episode by allowing Kara to deal with everything on her own, and while Alex knows Kara is lying about her true feelings, this situation is something Kara needs to process at her own speed. By episode’s end, the hero immediately brings up that she was being childish about everything, but that’s what makes Kara such a great character, the fact that she knows when to step up and be mature.

Even with Winn, it’s extremely tough for her to handle the idea of him and James trying to be heroes during the night. As a friend, she loves these two people and wouldn’t ever be able to handle something happening to them because they got in over their heads as vigilantes. It’s another really rough situation, because although Kara will always give them her input, she can’t change their minds. Winn and James are grown adults, and they have found something special in their nighttime teamwork, but it hasn’t been without stubbornness along the way. Right now, the two want to make a name for themselves and do this on their own; while it would be super easy to include Kara, it wouldn’t ever be the same as feeling like they rose to greatness without any aid. Yet, “The Martian Chronicles,” once again shows that while this relationship is going to drag a little bit in getting back to normal, Kara understands she has to not overstep and be a caring, but supportive, friend if this is the decision Winn and James want to make for themselves.

As a result of this, Supergirl nicely transitions it into the current closure for Kara and her situation with Mon-El. Despite Kara being a very mature character, she is the type of person who focuses on everyone but herself. It’s a admirable trait, but also not the greatest one when it gets to the point where she is scared to address her own problems. With Mon-El, Kara has been very misleading in what she wants, but when the character finally confronts her with his feelings, she pushes him away. “The Martian Chronicles” opens showing how hurt Mon-El really is about the situation, and by the end, when Kara finally has a clear grasp on the situation, it’s too late. It’s a shame because all of Kara’s reasons for being afraid to jump into another relationship are completely valid. The girl originally danced around the awkwardness Winn, and making sure the two of them stay friends, she got involved with James only to realize it just wasn’t right, and now she has been dealing with Mon-El. Although Mon-El has been hit or miss in his growth on Supergirl, the character has proven one thing, and that is the honesty in his feelings for Kara, and that he is willing to grow and change to be a better person because of her impact on him. It’s been a really great dynamic so far, but he has every right to feel hurt about being rejected, and it’s going to really be tough for Kara to try and fix everything she’s gotten into. These two are clearly meant to be together, there’s no doubt in that, but it will be interesting to see if Kara can keep things stable while she maturely tries to handle the situation she’s gotten herself into.

While it hasn’t been touched on, John and M’gann have also been through so much together in such a short time. It’s been incredible to watch John reconnect with a martian, which is something he never thought he would do again. Supergirl has become a show that gets better every week because of the character relationships; everyone has become connected on such a real level that it’s nice to see their growth and how it influences the show. Despite Kara being at one of the most alone points in her life since she originally landed on Earth, the character displayed tremendous maturity in handling these situations for someone that has so much going on in her life. “The Martian Chronicles,” does a great job of including all the cast in logical ways, and as Supergirl continues to move through it’s second season, it maintains it’s status as the best DC television show currently on air.