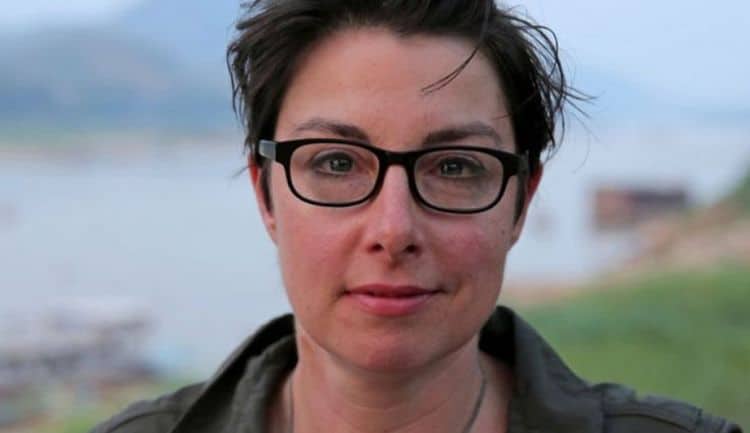 Everyone loves a good television presenter, but there is something so much fun about watching an English presenter with their glorious accent. We could listen all day long. Sue Perkins is English, she’s a broadcaster and a presenter, and she’s also funny. She’s the entire package. Unfortunately, not that many people are aware of who she is as a person and how she’s lived her life. We know she’s an expert in her career, but what about her life before and the other fun facts that make her who she is? We want to get to know this English presenter better, so here we go.

Where is Sue Perkins from that she gets that amazing accent? She’s from a place in England called Croydon. She was born there. She was raised there. She lived her life there. She attended school there, and we imagine she got into just enough innocent childhood trouble to have made her life a little more interesting growing up. We all did, right?

She’s the daughter of two hardworking individuals. She did not grow up wealthy by any means, but her parents worked hard and provided her with a good life. Her mother worked as a secretary throughout her childhood. Her father was employed by a local car dealership. We don’t know what he did there, however.

3. She Went to a Girls’ School

Growing up, Sue Perkins was well educated. She attended school at the Croham Hurst School. It was a school near her childhood home that caters only to girls. This independent school is where she was educated on all the things kids swear they will never use when they grow up.

After finishing her primary education, it was time for Sue Perkins to make a decision about where she would spend her secondary education. She decided to go to the University of Cambridge. She was part of the English program at New Hall (which now goes by the name Murray Edwards College).

5. She Met Her Creative Partner in College

We all know that her creative party is Mel Giedroyc. They are both of “Mel and Sue,” and they are hilarious. They actually met when they were in college. They were both part of a group called the Footlights. They became fast friends, and it seems that Sue was actually the present of the Footlights during her last year in college (that was 1991).

Sue Perkins did not come out and announce her sexuality to the world on her own accord, which is not fair to her. Her ex-girlfriend, Rhona Cameron, actually outed her on a television appearance. While it might not have been the way she wanted to announce her sexuality to the world, she couldn’t change it at that point. So, she just said that she doesn’t feel that is the most interesting thing about her.

8. She Cannot Have Children of Her Own

We will be honest and tell you we don’t even know if she wants to have kids of her own, but she cannot if she wants to. She was diagnosed when she was younger with something called prolactinoma. It’s a benign growth located on her pituitary gland, and it prevents her from having her own kids.

9. She’s Showing her Dark Side

It was announced in summer 2020 that she and her comedic partner, Mel, will be showing the world their darker side, which is something we cannot wait to see. They are going to work on a comedy called “Hitmen,” and the name alone has us all excited to see what these two funny ladies have up their sleeve for their fans. It should be good.

10. It’s Exciting for Her to Do Something New

One thing that Sue Perkins said about her new role in this dark comedy is that it’s exciting for her to get to try something new and different from her traditional roles. She’s not a fan of being pigeonholed, and she’s felt that it’s something she’s had to deal with as she’s worked on so many of the same projects. This is fun and exciting for her to try something new and to have a new experience.