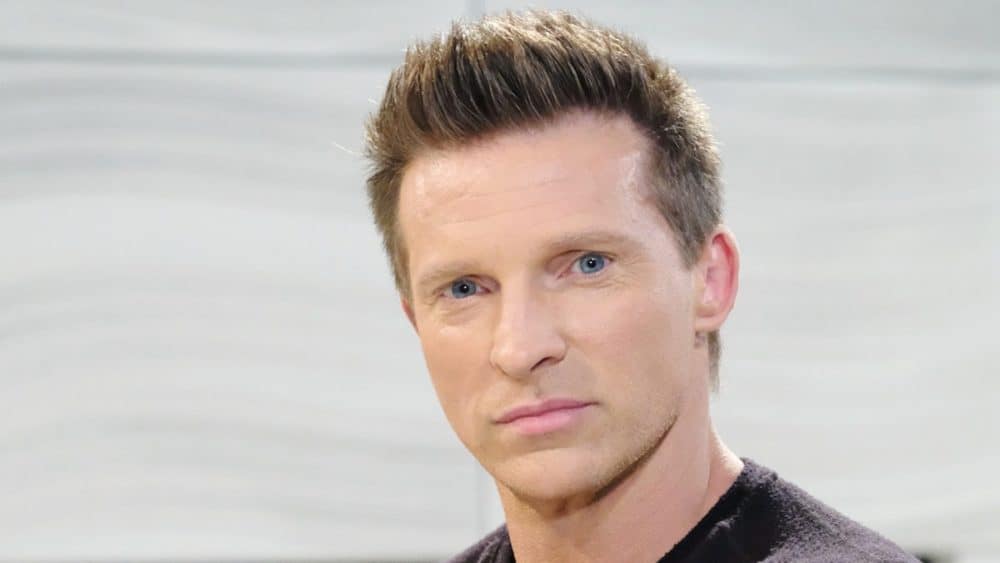 There was a time that daytime soap operas dominated the television airwaves from late morning until mid-afternoon. Those days are all but a memory except a view surviving series. After The Young and The Restless, General Hospital is probably the longest running series still on the air. While some critics are wondering how the show survived the purge, others are attributing its longevity to the mixture of long-time cast members and fresh blood. One star that has been on the show for decades is Steve Burton, who plays Jason Morgan. Jason has been an anchor on the show for years. His storyline reads like a Jason Bourne novel.

Even for diehard General Hospital fans, Steve’s personal life has been somewhat ambiguous, and this has been mostly by choice; however, there are some things that we do know, and we decided to share 10 facts about Steve Burton that you probably didn’t know.

1. His First Name is Not Steve

Steve Burton’s full name is Jack Stephen Burton. Many aspiring stars decide to go with their middle name for their professional career; however, Burton has been going by Steve for as long as he can remember. He is named after his father, but it is likely that going by Steve helped him develop a sense of individuality as he grew up.

2. He is a Native of Indiana

Burton was born in Indiana, where he spent his early years before the family moved to a suburb of Cleveland, OH. Eventually, Steve would end up in Los Angeles as a teenager. He attended the famed Beverly Hills High School, where he graduated. It is likely the lure of L.A. and Hollywoods glitz that caught the young aspiring actors attention.

3. General Hospital Was Not His First Soap

Those who are soap junkies know that soap stars tend to jump series. Sometimes they are killed off of their original series, and they get hired on elsewhere. Other times they have disagreements with the producers and directors. Jason’s first job on a soap opera was on Days of Our Lives as Harris Michaels, Eve’s boyfriend when she was a teenager. It was a short-lived role. It never caught on with the fans.

4. The Birth of Jason Morgan

It was in 1991 that Burton joined the cast of General Hospital as Jason Quartermaine, who evolved into Jason Morgan. If you haven’t watched the series, this can be quite confusing, but while Jason Morgan and Jason Quartermaine are biologically one in the same, they are two completely different people. You would have to do a lot of episode-watching to catch up on that one.

5. He Does More than Soaps

While most of Jason’s fans are fans of General Hospital and probably have no other connection to or knowledge of him, he has done other work. In fact, he has voiced over the video game Final Fantasy during his stint on General Hospital. It is likely that he will be open for more voiceovers in the coming future.

6. He Has Earned an Emmy

Film actors covet the Oscar (Academy Awards) and television actors seek recognition by earning an Emmy. Jason has been fortunate enough in his television career to be nominated for an Emmy several times. In 1997, he took the Emmy for Outstanding Supporting Actor in a Drama Series.

During the early part of his career, Burton was considered a heartthrob. While he had a girlfriend, he was not considered officially off of the market. All of that changed in 1999 when he married Sheree Gustin, his longtime girlfriend. The two now have three children, Jack, Brooklyn, and Makena.

After more than two decades on General Hospital, Jason decided to jump ship and head over The Young and The Restless in 2012. He now plays Dylan on the show. While General Hospital fans are hoping for the return of Jason Morgan, the chances are that he is gone for good.

While many actors are satisfied being in front of the camera, some develop an itch to step behind the lens and Jason has that itch. As far back as the early 2000s, Jason was looking to scratch the itch to direct his film. He finally got his opportunity in 2005 when he directed the movie, Laws of Gambling.

While General Hospital put Steve on the map, his first big break came as a teenager when he landed a role on Out of This World with co-star Donna Pescow. It would lead to his role on Days of Our Lives, and the rest is history.