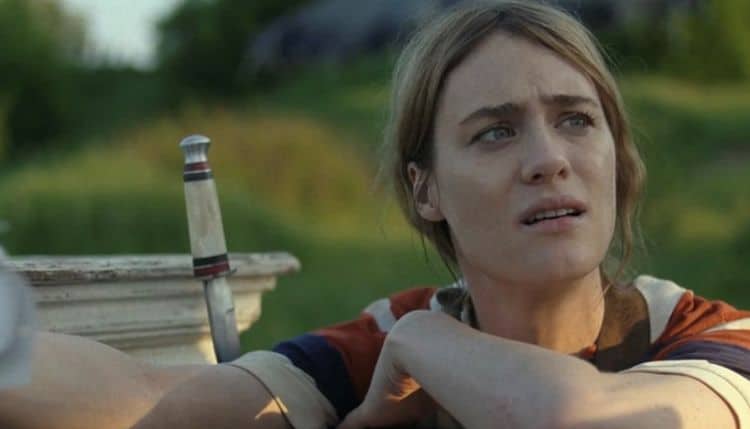 As much as Station Eleven is about a world turned upside down by a deadly virus, it’s also about what survives after devastation. There are just some things that don’t die. Yes, the arts live on! Station Eleven Season 1, Episode titled “Rosencrantz and Guildenstern Aren’t Dead” answers a lot of questions we had in the beginning about the Traveling Symphony. Who started the Traveling Symphony start and how did they come together? We also learn more about the dynamics of this “new world”. It consists of two class distinctions; pre-pan and post-pan.  The pre-pans are the survivors of the pandemic. The pre-pans are haunted by the old world or the “before” as they call it. They  are survivalists that still wear the trauma they experienced on Day Zero. As a result, they are tainted and perceived as dishonest because of their survivalist mentality. Their memories of the old world hinders them from truly evolving with the times.

The post-pans are the children that were born after the flu outbreak. The oldest post-pans are twenty years of age. The young people born after the pandemic have a unique perspective on life. While they often incur remnants of the old world, the world they live in is the only world they know. Unlike the pre-pans the post-pans don’t function out of fear this allows them to live life without assuming every stranger is a threat. Alex is the only a post-pan baby in the Traveling Symphony. She’s free-spirited and so full of life because she doesn’t perceive the severity of the times they are living in. That’s why Kirsten is overprotective of Alex. It’s been a week since Kirsten’s encounter with the mysterious encounter and the Traveling Symphony is heading back to their home base. Even though the troupe travels most of the time, their home base in Ping Tree a golf course that serves as a community to group retired professors. Sarah the conductor of the troupe was married to Gil who was the director of the symphony at one point. Gil had an affair with Katrina one of the female professors at Ping Tree. Gil’s second marriage to Katrina complicated matters.

Another stranger approaches the Traveling Symphony, it’s the same guy that approached them in St.Deborah. The guy invites them again to the Museum of Civilization. This time he claims to be a fan of Sarah and pulls out a CD. Sarah takes the CD but declines the guy’s offer. “Third times a charm,” he says confidently before pedaling away. Kirsten is the only that suspicious. Who is this guy? How does he find them each and every time? Alex finds a flyer on the ground with the words “Beware Of The Prophet and his army of children” and she shows it to Kirsten. Kirsten realized that the prophet is the man from camp and that the comics on the flyer resembles the Station Eleven book. This may be somehow connected to why the stranger was able to quote excerpts from the book. Kirsten remembers that her copy of Station Eleven is locked away in Gil’s office.

Down at Ping Tree Professor Gil and Katrina have reactivated the mines. It turns out that The Prophet came last fall and like the pied piper wooed all the post-pan kids from Ping Tree and neighboring areas. The post-pan kids are the first generation without trauma which makes them valuable to The Prophet. Gil and Katrina are excited for the performance that the Traveling Symphony plans to put on tonight because they need a distraction. This time, Alex has the lead time and she does a amazing job. Kirsten manages just to get the copy of Station Eleven book from Gil’s office although he almost catches her. In the hallway Kirsten is confronted by one of the Ping Tree’s girl. They kids showed up back home but Kirsten quickly realizes that they are a shell of their former self. They look spooky and no longer respond to their names. The little girl has a dug up mines strapped to her chest. Kirsten slow approaches her before she dashes away downstairs. Gil is beyond excited to see his girls. Kirsten tries to warn him but they embrace him in a deadly hug that sets the explosives off. Kristen’s piercing screams triggers a flash black. Suddenly she’s eight years old years old and she’s screaming for Jeevan who’s nowhere in sight clutching the only thing that has never left her side; her book Station Eleven.