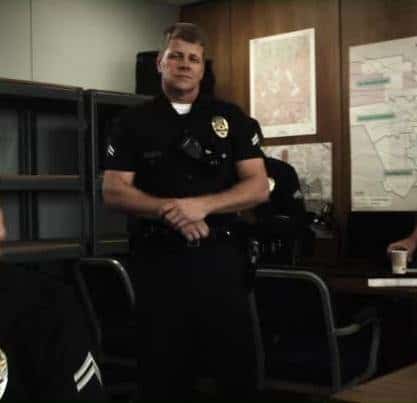 As I shared last week, I had the incredible experience of chatting on the phone with Mr. Michael Cudlitz, John Cooper of Southland. This is the second part of that interview. You can read the first part here. I hope you enjoy it.

Does the final scene, the shooting, have any lasting ramifications during the season?
No, not really, just residually, like most things do in our show. You know, like they asked who was it? Just some guy. I don’t know if you noticed but it was actually the guy who was mouthing off to the woman outside the coffee shop.

I love how interwoven the stories are and how they blend from one incident being investigated by one squad that then turns into a murder scene.
Yes, I think we’re getting much better at that. We’re trying to keep this world as large as possible. The scene of me and Lucy, when I’m watching her video and she’s watching me, there are about 15 cops all watching a video of the shooting. The idea is that the department is so large and everything is so vast and there are all these things happening at one time. I think shows try to make things so so small. It’s huge at times and then paths cross in the most unlikely ways. At times we remind you it’s an extremely large department but also how small the world is.

In bringing up the video of Lucy’s character, I would have never guessed that to be the content of the video. They did such an amazing job of leading the viewers on and springing the truth on them. And the look on John’s face when he realizes what the squad has been razzing her about. I loved it.
Yeah, they almost make you think it’s a sex tape or something. Good! It sounds like you were really affected by it.

It’s by far my favorite beat cop show on television.
We went through a lot of shows the year after us, and there is one coming up, DeNiro’s show about New York rookies on the street. Rookie Blue, actually, is a lot of fun. It’s a soap opera and it doesn’t try to be anything else. I love it for what it is. When I saw them with their little necklaces and earrings and stuff, I thought ok, you’re not really cops, but I’m going to enjoy it for what it is. They’re not running around saying they’re The Wire.

You stay really active on Twitter and on other social media. As a fan, being able to interact with you all makes me feel more invested in Southland.
That would be exactly what I would say. I would hope it lets the fans feel a little closer to the characters and to the show itself. I’ve said this from the beginning. I think social media served a large part in helping TNT pick up Southland. They had a very quick answer as to whether anyone was watching it when they had thousands and thousands of people yelling YES online immediately. I have come out very vocally on Twitter, even at the beginning when I only had 600 followers and I said, you know what, any article, any post about the show, make yourself heard. Don’t tell me about it, tell them about it.

I think it’s great that TNT has organized itself in a way to provide Twitter coverage not only for the network, but for the show with @Southland_TNT and there are various publicity people on the site and I hope the producers are paying attention as well.
I think they watch all of it. But it also needs to be watched in the right way. There are people on there abusing their voice, as it were. You can very quickly organize a large group to be disproportionately vocal.

Like the Nielsen families?
Well, yeah, and even that has to be watched how it’s used. It’s all polling. One voice equals this many voices. Well if a hundred people say something it actually translates into 100,000 or something. I think DVR numbers and plus 7s make a difference, especially on cable.

When you see fantastic shows that aren’t being watched, it is so depressing. I am lucky that given my writing I can affect someone. Not many perhaps, but I can at least have the hope that someone is listening to me.
Well, if you affect even one person who knows someone who is a Nielsen family, they can tell them to watch, you’ve touched a million people. I think all the baby steps make up the much larger picture. 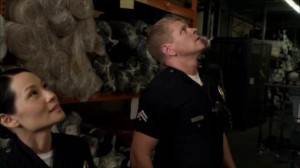 When Season 4 was renewed, did they talk about throwing in a Season 5 of Southland in with the renewal? Where does it stand?
No, we’re year to year just like the other shows. Of course, if our numbers initially increase by a million people they may say early on that they want another season because they’ll know there’s a future for the show and it’s good press. Right now, the only thing that’s missing is about a half a million to a million people. We were heading in that direction toward the end of last season so we’re really excited about what this season has to offer. We were on a positive upward trend.

Lucy Liu is joining us, Lou Diamond Phillips is with us for an episode. I think we have very much to offer, you know, if the vein of a Dexter where you tune in for wonderful guest stars coming in, people who “get” the show. We don’t cater to the guests, but they are excited to be a part of what we have already created. We’re not bringing Lucy on because of the old Heather Locklear move of the 80s, they’re bringing her on because they think she’ll be a good fit with the show and obviously I needed a new partner.

A lot of people questioned her casting, but it really does work.

That final scene of the first episode really kicked it into gear. That makes me want to see what’s coming forward. Are there other guest stars this season?
There are, but none as long as Liu. Lou Diamond may be back. C Thomas Howell is on a lot more this year. 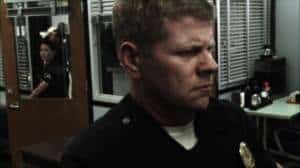 It seems like a lot of characters on Southland end up in rehab.
Well, John went because of his back and the pain medication he was taking due to severe pain and I think a lot of people could identify with that. He comes back lighter and in a lot of ways different than he was last season. It’s nice to see John get out of the car and not have to be assisted. There’s a whole different energy that is really exciting to play. I’m really finding John again, all over again.

I get to run and jump, get hit and fight and fight back! It’s a lot of fun.

What else are you doing in 2012? Anything outside of Southland?
I have a film that I produced and starred in with Melanie Griffith that we just finished that will be doing the festival circuit in 2012. It’s called The Grief Tourist. And we’ll what happens with that.

Is that a comedy?
It is not a comedy. It’s about as far from a comedy as you can get. It’s very much in the vein of Zodiac. The guy tracks serial killers as a hobby and every year he goes on a pilgrimage and follows in the footsteps of the killer he was studying that year. Living in their shoes for four or five days. It’s a wonderful character study about a guy who is in search of intimacy and has issues with it. We’re in the final stages of all the artwork and it went out to all of the festivals this week.

I wish Mr. Cudlitz all the best with Southland Season 4 and his movie The Grief Tourist. Southland airs on TNT Tuesdays at 10pm Eastern time. Don’t miss it!