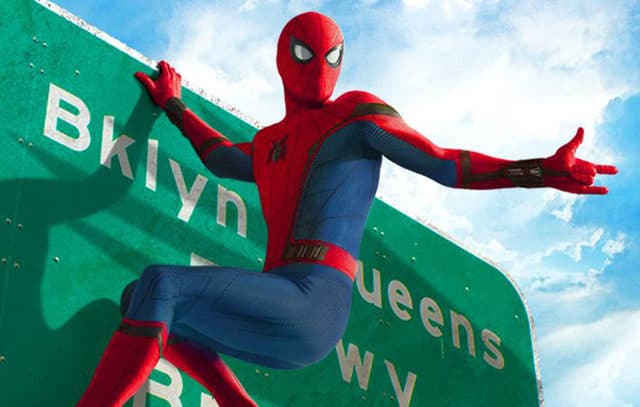 Yesterday we were treated to a couple of new Spider-man: Homecoming posters where we see a young Spider-man lying down with a the city skyline in the background.  Of all the buildings featured it was the Avenger building that captured everyone’s attention.   The young Peter Parker of the new series made his first debut in Captain America: Civil War but in the solo “Homecoming” film he’ll begin to navigate his new identity.

In the new poster we see Parker clinging to a sign sign for the BQE or Brooklyn Queens Expressway which is a popular highway in New York that links Brooklyn, Queens, and NYC.   The arrow at the bottom right corner of the sign might tell us something but I think that’s overly speculative.   As far as the plot goes:

After his experience with the Avengers, Peter comes home to live with his mother (played by Marisa Tomei) and be “mentored” by none other than Tony Stark.  Peter tries to fall back into a routine but distracted by thoughts of proving himself to be more than just Spider-Man.  However, when the Vulture (Michael Keaton) emerges as a new villain, everything that Peter holds most important will be threatened. Spider-Man: Homecoming also stars Zendaya, Jon Favreau, Donald Glover and Tyne Daly.

Check out the full sized poster below: 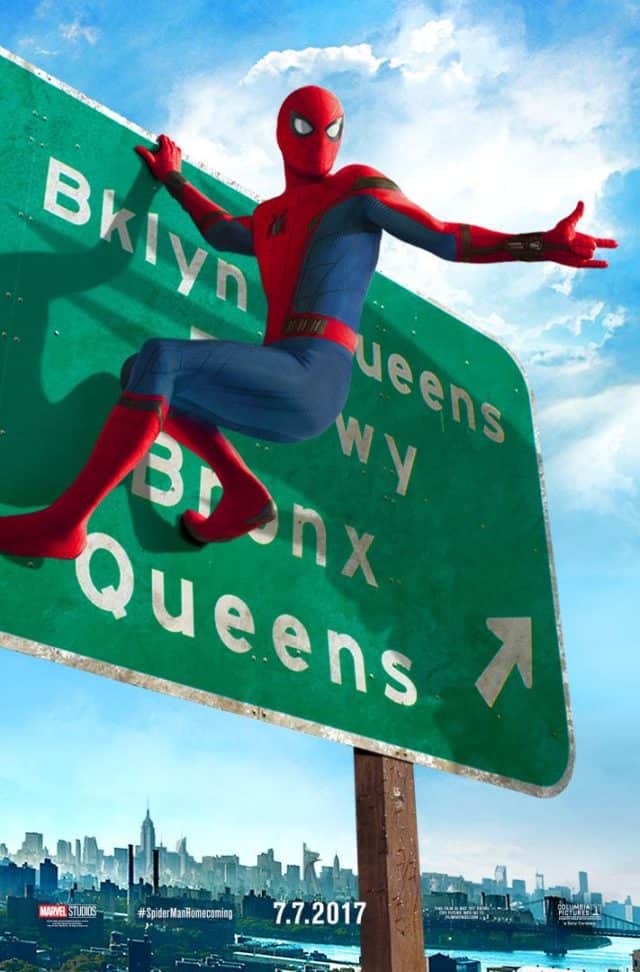