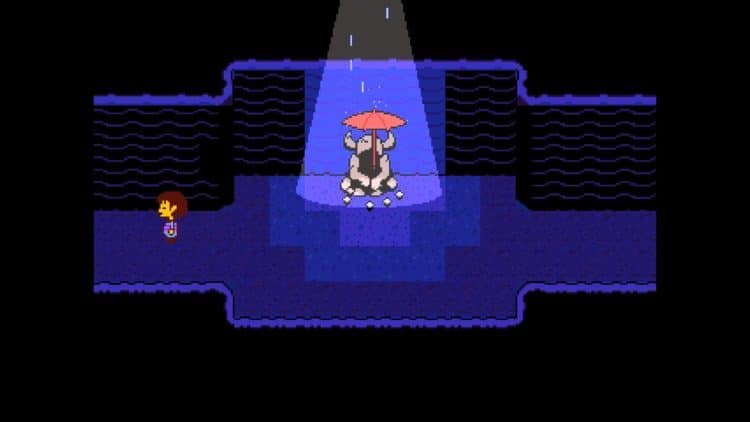 The role-playing video game ‘Undertale’ was created by indie developer Toby Fox and released on September 15, 2015. It is suitable for platforms including OS X, PlayStation 4, Nintendo Switch, PlayStation Vita, Linux, and Microsoft Windows.

The game involves players controlling a child who has fallen underground and helping them to return to the surface of the Earth by undertaking a variety of quests in different levels and settings. They must combat monsters and the game changes according to the decisions made by the player. Therefore, each player will get a different experience based on their own decisions.

Along the way, the player is required to solve a series of puzzles. These puzzles are found I the underground and in settings including the Ruins, Snowdon Forest, and Waterfall. Although Waterfall has fewer puzzles than some of the other settings in the game, they are quite tricky to solve. Some of the puzzles in this section include the Rock Puzzle, the Bridge Seed Puzzles, the Box Puzzle, and the Piano Puzzle.

Players of ‘Undertale’ will find the Piano Puzzle in Waterfall just north of the three-way intersection. This is where Shyren is found and the puzzle was created as an excuse to place a piano by Undyne. When entering the room, you will see a piano. You can play the piano by using the ‘Z’ key and by using the directional arrows. In total, there are five different playable notes. By the piano, there is a plaque that tells players that ‘the first eight notes are fine’.

Players need to move away from the piano to find the solution as this is found back at the three-way interstate. To solve the puzzle, the player must give the statue located there an umbrella to prevent them from being rained on. When the player has done this, the melody of ‘Memory’ begins to play. At this point, the player must return to the piano so they can play the first eight notes of the tune themselves.

The sequence that the player must use to do this is neutral, up, right, neutral, down, neutral, down and then right. Although the game specifies that you must play the first eight notes, it is actually possible to solve the puzzle in just seven notes. This is because there is some ambiguity of whether or not the sixth note actually exists in the tune. Therefore, the game has been created in such a way that it is possible to skip the sixth note completely and still solve the puzzle. The sixth note is the third neutral in the sequence previously stated.

The creators of this game have also taken steps to help people who are deaf or who have a hearing impairment as they would find this particular puzzle extremely difficult to solve. In Undertale v1.001, the solution will appear above the statue after it has been rained on for a while. This means that those who have a hearing impairment can read and follow the instructions rather than having to rely on sounds. Strangely, the solution provided is the seven note version rather than the eight note version that the clue suggests you need to play to solve the puzzle.

It is the puzzles such as this that have made the game so popular as it has different elements of gameplay. Rather than just being a combat game like many others, the inclusion of these puzzles makes the game more interesting to play and complete. This is possibly why the game sold over a million copies.

‘Undertale’ also received great critical acclaim from gaming experts. It was highly praised for its combat system, its thematic material, the writing, the storyline, its originality, the dialogue, the character creation, and the musical score. It is for this reason that this role-playing game was nominated for multiple awards and accolades when it was released. These included Game of the Year as it was nominated for this award by many different gaming conventions and publications.