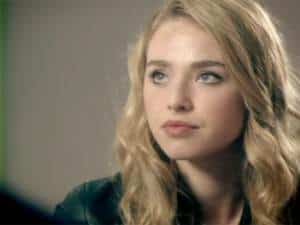 These were the concepts that permeated the latest episode of Skins, which featured queen bee Mini McGuiness and her nastiest and most vulnerable moments on the show so far. Coming into the episode, there was a sense of dread of entering the mind of Mini due to a lack of a redeeming (or caring) quality about her. You knew there was something damaged about her and knew it had something to do with her image and constant need to control people. After watching the episode and finally seeing what makes Mini tick, I can’t help but say that I am torn between caring and not caring about Mini’s home life or the reasons behind her rudeness.

At the core of this episode was Mini, who is slowly losing grasp of the the fragile world she has built around herself. The catalysts of her world crumbling are Nick, her doting, yet sexually impatient boyfriend; and Liv, the only friend Mini has left after Grace defected to the Freak Squad against Mini’s wishes. After banishing Grace, Mini’s picture perfect world begins to crumble around a school fashion show and Nick’s libido, both which slowly chipped away Mini’s icy exterior, because A) she couldn’t do the fashion show on time due to canning Grace, who was in charge of the outfits; and B) Mini is actually a virgin, despite the whole school thinking that she and Nick have done the deed on a regular basis.

When both of those events collide, Mini slowly starts to lose her grasp on common sense, choosing to view the lies in front of her as truths and etching out anything that proves otherwise. When Mini decided to finally sleep with Nick just a couple of hours after he clearly slept with Liv, it showed her sacrificing the last shred of dignity she had in order to save her image and her love for Nick. Too bad the love was reciprocated.

On the flip side, there is Mini’s mother, who advised her daughter that men only want one thing and then they’re off to the next 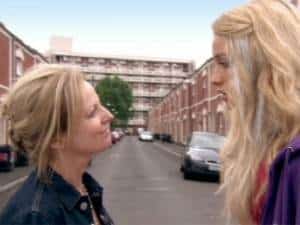 one. It’s clear that Mini despises her mother, but it’s not until we see her meeting her mother halfway on their walk of shame that we see why. Mini was literally walking in her mother’s footsteps as a woman defeated by men and the concept of love. Maybe that’s why Mini withheld on sex with Nick for so long, because she knew deep down inside that it wasn’t real. This is where Mini should have asserted herself, kicked Nick to the curb, and kept it moving. But she didn’t, which is in my eyes the overall sad aspect of the entire hour.

This is where the split in judgment comes in. Mini’s issues throughout the episode were mostly brought on herself. Her mean streak was a metaphorical trail of gas that was eventually ignited and finally caught up to her and burned her in the ass. While Mini is damaged in her own way (what Skins character isn’t?), it’s seriously hard to want to reach out and give her a hug like I would any of the past characters, because I’m still clueless to why she chose the path of Cruella de Vil. In the words of RuPaul, “If you can’t love yourself, then how in the hell can you love somebody else?” In other words, love in this scenario is like respect, you must give it to receive it and Mini was not in the giving mood, which in turn projected an image of herself that everyone bought into, including Nick.

As for Liv, I seriously don’t think she meant to hurt Mini by sleeping with Nick and was just acting out of anger and frustration of Mini’s abusive behavior. However, the act was ill-advised and the ultimate faux pas in a friendship. I’m looking forward to seeing her home life afterwards. 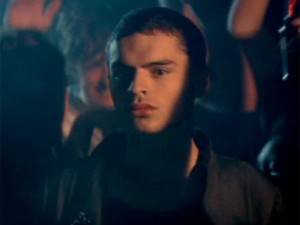 Then there is the nice scene with Franky and Mini, which I didn’t peg on seeing till probably close to the end of the season. This exchange between the two enemies was where I gave Mini a pass, because she didn’t lash out against some genuine advice. I wonder if this will mean the end of the freaks vs. popular kids war that has been going on since the beginning of the season.

Grace finally went after Rich, but I’m still upset that she let Mini dictate that union even though her friendship with Mini was null. I don’t think Rich is too happy about that and I’m eager to see where it heads.

We caught another glimpse of Matty in this episode and I was pissed Franky didn’t run after him to see what his deal was. The mystery of this kid is killing me and I’m beginning to wonder if Matty is a figment of Franky’s imagination or something, which wouldn’t be too far-fetched given Tony’s experience in Series Two on his college day with the “imaginary” girl. If Matty is someone else entirely, only then will I be shocked out of my seat.

Did you guys notice Jenna Fitch as Mini’s gym instructor? Wonder what she would have to say about Mini’s predicament?

Another great episode in symbolism and imagery, but I’m still holding out judgement of Mini as a character. She has potential, but I want to like her more than I do now. What do you guys think?