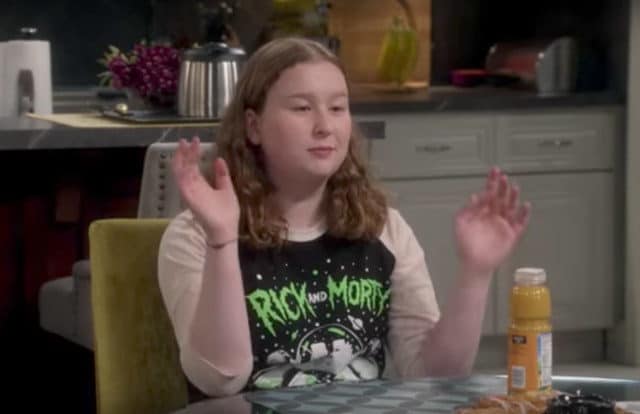 Is the beginning of the end for sitcoms? Mom is actually giving a shout out to the show in a way that might be pretty funny but is still making me wish that Rick and Morty was just a fictional thing that didn’t really exist. Of course you can bet that even if it didn’t, plugs like this would make it possible for someone to get up the idea that a cartoon like this brainless piece of, anyway, did actually exist.

I won’t argue the fact that people are enamored of Rick and Morty, nor even the veracity of their fandom, but the cartoon is essentially a giant waste of time in my opinion. That’s right, my opinion. People might not like it but that’s why I’m here. Mom is a pretty funny show, especially considering that Anna Faris has been hilarious since she first starred in the Scary Movie franchise. But to give props to a show like Rick and Morty just makes me cringe a little since the show seems to be based around nothing more than the ever-shifting nonsense that keeps it afloat.

A big part of me is hoping that Rick and Morty is going to turn out to be just another cartoon fad that people latch onto for a while before it dies down and is left to just the hardcore fans to keep alive. Unfortunately I get the feeling that despite my desire to see it fade into the obscurity from which it came, the show will only get bigger and bigger, sometimes just out of spite when people like myself voice their opinions that fans might not enjoy. It seems like the type of show that would be continued simply because the creators have nothing better to do with their time and are looking for ways to upset a few people while entertaining many more.

The mere fact that it’s starting to gain ground by showing up in other programs is worrisome since it’s obviously starting to resonate with people in a much more noticeable manner and is therefore starting to gear up for a very long and probably very prosperous run. There are shows you look at and wait anxiously for to come out and get big, but Rick and Morty is, honestly, not one of those shows that I would say is going to be highly beneficial as a TV program. Instead it’s almost like another South Park, but with better animation and not so many deliberate jabs at noted celebrities, so far at least.

It’s also becoming a rather ridiculous show thanks to its showcasing of szechuan sauce at McDonald’s. So many people are up in arms about this that they’re claiming false advertising and rioting at McDonald’s restaurants up and down the west coast it seems. Seriously? How is showing a sauce in a cartoon false advertising? If they showed radioactive goop as a sauce from another dimension that turned a person into a three-eyed, tentacle-waving bat/slug hybrid would people want that?