I do kind of wonder now if the co-author of Rick and Morty knows what it’s like to deal with depression since he’s responding to a fan that’s asked a question about the subject. It’s very possible since depression is a very personal thing and isn’t something that a person tends to share on a regular basis, but then if it’s not then he’s giving his best guess along with platitudes that might not mean as much as people think. Personally I would rather believe the former over the latter, since the latter would mean that he has no idea what he’s talking about and could do more damage with his tweets than he realizes. With the former it would mean that he has a good idea of what people might be going through and how to at least talk TO them and not AT them. This is highly advisable when speaking those dealing with depression.

At least half the population if not many, many more, have dealt with depression on a personal basis or have experienced it secondhand through others. A lot of us might know people who have been depressed and find it difficult to do anything, let alone stave off their own depression. While it might seem like a dodge to get out of living a normal and balanced life, depression is unfortunately very real. The chemical imbalances that can cause this and the situations that can make it worse are typically things that those not suffering depression might think of as silly and inconsequential. To those that are going through a major or even minor bout of depression however even the smallest thing can be a trigger that sets them off. 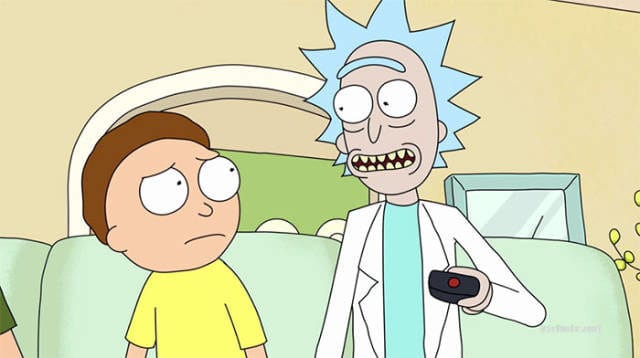 Personally my advice would be accepting that you are in fact suffering from depression and seek help. Don’t be embarrassed by it, easier said than done, and find someone that is capable of helping you out. Don’t wait, do it sooner rather than later. 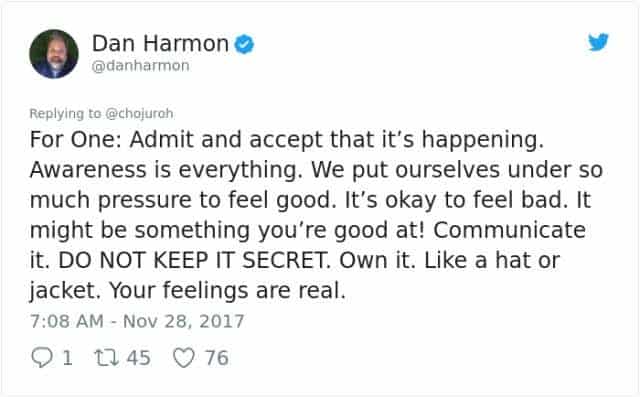 I agree with the communication aspect of this and owning your own feelings, but feeling okay that you feel bad and hinting that it’s something you’re good at doesn’t seem that helpful. It could be the way this is worded but it just feels a little off. 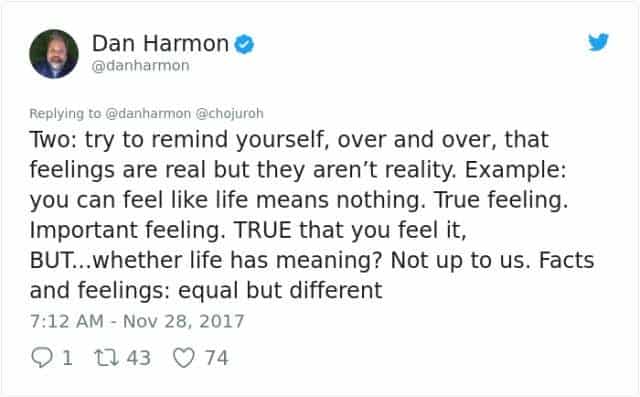 Unfortunately for those suffering depression feelings are their reality at that moment. Life having meaning is in fact up to the individual, and the fact is that feelings tend to be influenced by how we interact with the world around us. I get the feeling that Harmon’s trying to make a good point but the words are getting in the way. 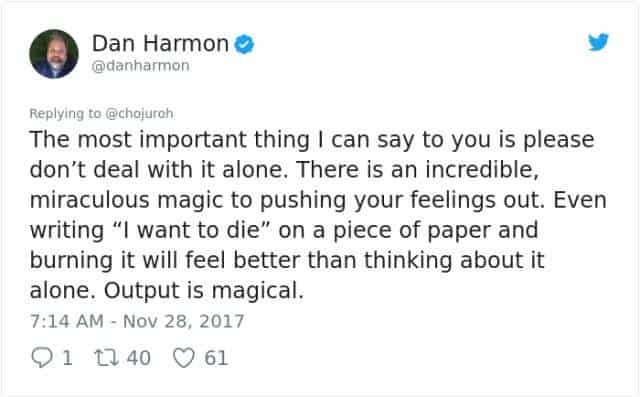 I agree, don’t deal with it alone. But one of the last things you want to tell a depressed person is that it’s perfectly okay to write out “I want to die” in any situation. While a good number of them might feel good getting that off their chest, some might actually take that a bit too literally. 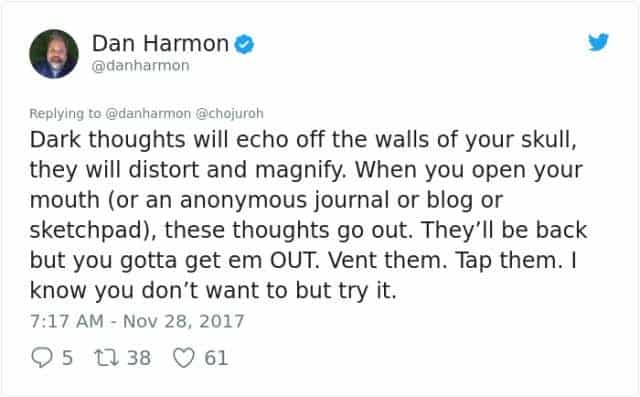 I fully agree with this. Let those thoughts out. 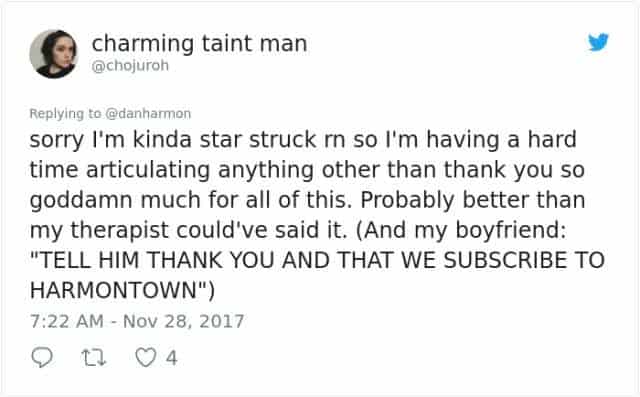 I hate to tell anyone this but if they aren’t understanding their therapist there’s one of two reasons. One is that the therapist can’t relate to their patient. Two is that the patient isn’t listening hard enough. 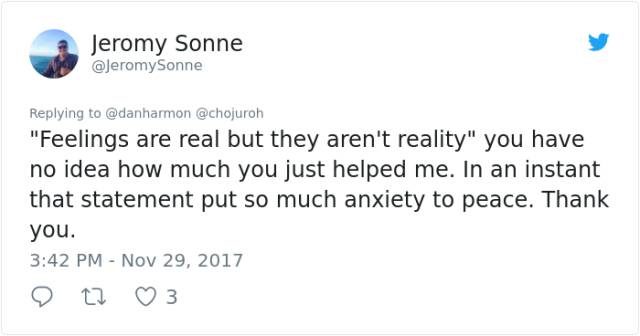 No comment here, people get to believe what they want.

So long as his words are helping there’s something good to be said for it.

I’m really wondering if all of these folks are Rick and Morty fans, which would make sense. Why does it make sense? Because a lot of the hardcore fans seem to think that this show and its creators know a little something about everything.