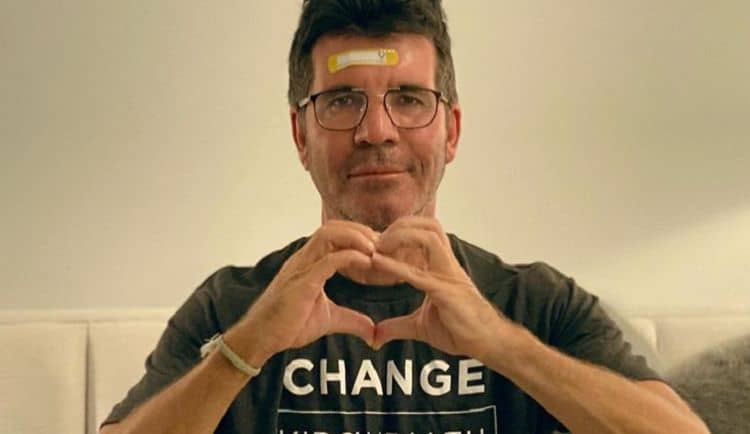 Other than his successful and lucrative career in the entertainment industry, Simon Cowell is known for his cosmetically enhanced teeth, his high-waisted trousers, his partially unbuttoned shirt, and his slight middle-aged paunch. However, he recently shocked fans with a completely new appearance when he arrived at America’s Got Talent Red Carpet. Fans were surprised to see him looking rather svelte, and immediate rumors were circulating that the reality show judge and music mogul had undergone cosmetic surgery. The actual reason for his transformation is rather more sensible, as Delish reveals that following a vegan diet is the real reason behind his sudden transformation.

Cowell has revealed that the cause of his 20-pound weight loss is that he has successfully switched to a vegan diet. Not only has he eliminated meat and fish from his diet, but he has also cut out wheat and sugar. This led to him losing 20 pounds in just a few months.  So, what made Simon Cowell decide to become a vegan and follow such a strict diet and lifestyle rules? Cowell has explained that he was inspired to make the change after he suffered a fall back in 2017. His fall was caused by low blood sugar and learning this led to him questioning the impact that his lifestyle and diet was having on his health. The record producer realized that he wasn’t invincible and that it was time he made some changes. The fall was a shock for him, but it helped him to understand that he needed to take better care of himself.

Cowell’s new diet is completely different from the way he was eating before. IN the past, he had followed various fad diets, but he decided that this was something he would avoid. He had also undergone various allergy tests to decide what he should or shouldn’t eat, but he described this as crazy.  Instead, the 59-year-old father of one decided to take things back to basics. Now, his diet predominantly consists of plenty of water, raw vegetables, and low sugar fruits. He admits that make such a drastic change to his diet was difficult at first, but he says that it got much easier to follow once he had adapted to the change.

Simon Cowell has also said that he has seen big changes to his overall well-being. He says he generally feels better and that his memory has improved since he became a vegan. The benefits to his health that he is now enjoying have made the effort worthwhile. He has nicknamed his new eating regime as the Eric Cowell diet. This is because of his young son, Eric, who is a big fan of vegetables.  Outwardly, he is like a new man, and this is down to his weight loss since following a vegan diet. Many people have commented on the change to his appearance, and Cowell has been far from modest about it. Cowell said that before, he would have given himself an eight out of ten for looks. Now, he gives himself an 11 out of ten.

One aspect of his diet that Cowell is pleased about is that he does not have to cut out alcohol completely. He has said in interviews that he is happy that he can still enjoy the occasional beer. So, at least he can still enjoy some of his vices.  Cowell is not alone in his belief that following a vegan diet is the best way to improve his health. Veganism is becoming an increasingly popular diet and lifestyle to follow. Once, only those who are passionate about animal welfare issues chose to become vegan, but people are now opting to follow this diet because of the reported health benefits.

Governments across the globe are educating people about the dangers of eating red meat and encouraging them to reduce the amount of red meat they include in their diet. Even those who are not willing to commit to veganism are having a couple of meat-free days each week as they realize that this will have benefits to their health. According to the Healthy Food Guide, there are many benefits to your health if you reduce your meat consumption. It lowers cholesterol, controls blood sugar, and reduces the risk of many serious conditions, including diabetes and cancer.

Veganism isn’t the only reason for changes to Simon Cowell’s appearance, though, as he has openly admitted to having a couple of procedures, says Metro. It is well documented that he has undergone various cosmetic dentistry over the years, and he is open about having Botox. Cowell has had Botox for many years, and he has even described the procedure as being as commonplace as cleaning your teeth. At one point, he took things a little too far. Having too much Botox in his forehead has led to some paralysis in his forehead muscles, which means that he now has a sagging brow as the forehead muscles can no longer support this part of his face.

In 2018, he also underwent what is being described as the 21st-century facelift. There are several variations of this procedure, and Cowell opted for the one called the Silhouette Soft lift. This involves a bio-plastic thread being sewn into the face and then the thread is tugged to reduce sagging. Cowell’s procedure was performed by Dr. Jean-Louis Sebagh, who has earned himself the nickname of the Picasso of dermatology.  Unlike many celebrities who tried to cover up for having such procedures done, Cowell has been quite open about his facelift. He has said that it hurts a lot but says it is worth it to make your skin look better.  Regardless of whether his appearance is down to his diet or his cosmetic procedures, Simon Cowell is looking better than he has in years. If he continues to follow his vegan lifestyle, who knows how good he will look in another year? It seems like this celebrity is successfully turning back the time in terms of his appearance, and he is managing to reap the rewards to his health into the bargain.