Home
Television
L.A. Law
Shouldn’t There Have Been an L.A. Law Reboot By Now? 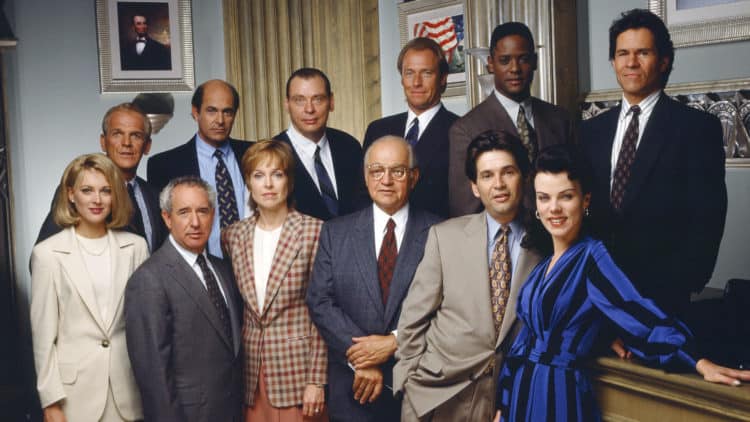 After 15 Emmy awards, one would think that L.A. Law would stand a chance of being rebooted. It’s fair to say that a new cast would be needed since those that helped to make the show so popular have either passed away or grown old enough that they might not be interested or capable of continuing the drama. There was word of a remake coming in 2020 from one of the stars, Blair Underwood, that indicates that the show might be on its way to a bunch of excited viewers that enjoyed the show the first time around. How much longer it’s going to be is hard to say, but it does appear that things are still in the works, there’s a script, a cast, and it’s’ bound to happen that this will make a lot of fans pretty happy so long as at least a few of the original actors are allowed to take part in the experience. Obviously, it already sounds as though Underwood will be a part of the show, but who else will be coming back is hard to say.

Shows such as L.A. Law did have a certain type of following since watching these shows wasn’t always quite that exciting unless one was into the whole courtroom drama. The Law & Order shows and NYPD Blue tended to be a lot more action-packed, while L.A. Law and other similar dramas were those that appealed to people who are interested in how the legal process works. Much like many shows, this one definitely took liberties at times in order to keep things interesting, but it was also one of the many shows that people enjoyed immensely since the number of awards it won over the years is more convincing than anything. There could be another reason why the show hasn’t been around for a while though, barring the idea that the storylines of the characters might have reached a pleasing place to stop.

There’s been a great deal of competition when it comes to crime procedurals of all types over the years, and while the awards that this show has won are impressive and say a lot about the fact that it has a loyal fanbase, there are other reasons to consider. The cast had other projects to attend to, some might have needed a break, and some might have lacked any interest in returning. The fact is that once a show ends there are those that might see it as a boon since the ability to move on and use the show they just finished with as a reference can lead to many great things if a person plays things just right. Whatever reason might be the truth, however, the fact is that there are a lot of variables to take in and it’s very likely that this show was kept from returning for a while simply because it needed something fresh and ready to go in order to be able to compete in the current era with other shows that have stepped up to fill the void that the older shows left when they went off the air.

When one really stops and thinks about it, there aren’t a whole lot of shows that have lasted past the twenty-year mark still on the air at this point. Many that were favored by the fans have been canceled, discontinued, and in some cases nearly forgotten. But L.A. Law is one of those that one can’t help but think could make a comeback in this day and age if the cast and the script manage to embrace the current era and everything that comes with it. That shouldn’t be too hard since there’s plenty of material out there to take inspiration from when it comes to writing down a script, and it’s easy to think that if some of the original cast members come back that it would be easy for them to adapt and pick up on the new storylines. If Blair Underwood is coming back it’s a hope that other members of the cast will return as well. Which direction the show will go in isn’t exactly known, but it’s easy to think that it will be roughly the same as it was when it went off the air if only to keep the fans happy.

Plenty will change no doubt since it will have to happen to get people interested in the show once again, but there’s good reason to believe that enough will remain the same, thereby allowing L.A. Law to make a return that will keep people on their toes and make them guess what’s going to come next. The show has been off the air long enough for a lot of people, meaning it’s time to mount a comeback that will hopefully be impressive enough to keep it around for a while.