Home
Movies
Horror
Should V/H/S Get Another Movie? 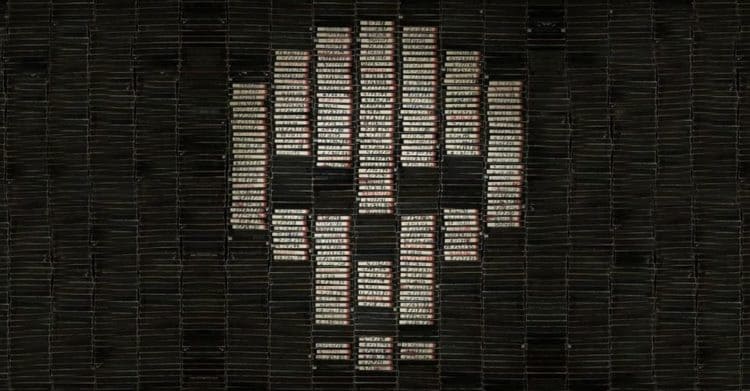 Between being an anthology movie, a horror movie, and a found footage movie, V/H/S became an idea that didn’t make a lot of sense throughout two movies, but then pulled together somehow by the time that Viral came along and created a fitting thread between all of them. The attempt at a reboot in V/H/S 94 was something that may or may not have been successful in bringing the overall idea back, but the question of whether V/H/S should get another movie is kind of a tough one. One could say that the horror movies aren’t that bad, they’re kind of interesting at some point, but there are a few stories that don’t appear to fit within the anthologies. The main idea behind them is something that feels very simple, but at the same time, it’s fair to say that it is a little tough to identify the main idea up until Viral. Whether or not the reboot should continue is kind of hard due to the idea that it’s a fun story, but at the same time, if one is being realistic, the nostalgia of it doesn’t fire on all cylinders.

If the reboot is to go ahead it might be nice to see things updated somehow, without taking away from the name since VHS. But how this might be done could go sideways if those making the stories aren’t careful. Nostalgia has been on the rise for a while, so it makes sense that the anthologies would be able to gain in popularity in short order. But other than this, the stories have been entertaining, but definitely well off the beaten track since mainstream horror tends to follow a few very different tracks that V/H/S has touched upon, but has also veered away from in several ways. This is a part of what’s made this collection of stories so great and has allowed people to get into the whole idea of it, but somehow, Viral felt as though it was a major leap ahead and not the culmination that it was supposed to be.

Anthology stories are kind of a personal taste for a lot of people either due to the broken nature that they have when it comes to being told in their entirety since there is a serious need to switch gears when each one is said and done. They end up being gathered together to tell an overall story, or they’re used in a manner that’s meant to sow chaos, much as the V/H/S story has been since trying to fit each one of the stories in with each other is kind of tough considering that they have very little to do with each other apart from belonging to the horror genre. Some of them are highly entertaining, others kind of make people wonder what in the hell they’re watching, and some might even try to find another link between them apart from the fact that they’re being featured in the same movie. But the truth about V/H/S, or at least the perception, is that they’re a loosely-based collection of stories that the producers might have liked that were brought together to create something bigger that could be given a cohesive feel to them. Apart from that, V/H/S is more or less a found footage movie that’s more akin to a movie that’s been put together like a series in the attempt to do something impressive.

The reboot might be the attempt to start something anew and perhaps even make it better, but so far the first trilogy is already looking like it might have been too tough to beat since V/H/S 94 was kind of ‘meh’ in its delivery and not all that it was meant to be. Some people might disagree, as they might be waiting and hoping for a new chapter of V/H/S. Others might have moaned and groaned to see another one come out, but the truth of it is that horror anthologies tend to become a little worn out after a while, not to mention corny. This series is well on its way to being both since the stories have kind of degraded and become the kind of stories that were seen back in the 80s and 90s. So long as people enjoy it, however, then there’s not much to be said about it.

If V/H/S is to move forward it does feel that it should do so as a straight-to-streaming series this time around, but it’s fair to think that those making the movies will want to go as far with the idea as they can. Maybe they’ll figure that they can attract a bigger audience by keeping things on a streaming network, but we’ll have to wait and see what happens. It’s worth seeing another trilogy, so long as it can build with each passing movie.