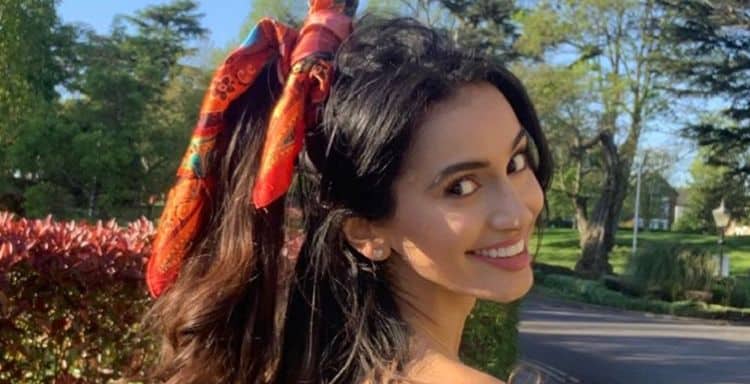 You can’t help but think that we now live in a world where the main focus is always going to be upon what we say and do in the past rather than what we say and do in the present or the future. Shila Iqbal has learned this lesson the hard way since according to Dan Caine of The Sun and many others the tweets she sent out when she was 19 have come back to haunt her. It doesn’t matter that she’s grown and matured since that time, as the past is something that tends to catch up to us eventually and exact its due in some way. Of course it would seem that it takes the intervention of those that want to dig up a good amount of dirt on a person to see just what they might have done or said years ago, but that’s the society we live in at this point. There’s nothing to say that her words were right, as the BBC News and many other sites have gone on to announce that the words were rather inflammatory. But all in all the words, while wrong, were in the past, and while it’s important to know whether her mindset has changed or not, it’s also important to recall that many of us have done and said things in the past that might be construed as wrong or harmful to others. If we were all to be held accountable for everything we’ve said and done that hurt the feelings of another, how many of us would still be employed?

Here are a few things you might not have known about Shila.

So she tweeted these words when she was 19, which means that only five to six years ago her mindset was that she could say what she wanted over social media and get away with it. In some instances it might seem as though this is just the way that people spoke a short time ago as trends do change. But five years doesn’t seem like a long time for someone’s mindset to change without some serious calamity affecting their lives and forcing them to see the world from a different perspective.

9. Her firing from ITV about a series of tweets she sent in college.

It’s true, you can’t find much about her online at this moment since the news about her firing is kind of dominating the Google search and is being covered by multiple sources that all have roughly the same spin on the story.

Unfortunately just apologizing isn’t as ironclad as it used to be back in the day, if it ever was. An apology might mollify some people but others will tend to want blood, so to speak, and will continue to rail against those that they believe are in the wrong. At this point she’s lost her job and her reputation in part, so it might be time to lay off. After all, karma is fair all on its own and doesn’t need help.

7. Shila isn’t all that prominent on social media.

Her Instagram account is private unlike many others and isn’t all that big. In fact it would seem that it’s best this way as of how since the amount of hate she’s been getting online would only make her social media account explode with bile.

6. It would seem that a lot of people have abandoned her following her firing.

That’s show business unfortunately. When a person is doing well and everyone wants to be around them it’s all good, but when they get accused of something and are actually found to be guilty people tend to run for the hills to avoid the fallout.

5. There’s not a lot of other material on the internet about her.

Apart from being fired and being an actress there really isn’t much to be found about her since it would seem that this scandal that has wrapped around her name is all that people want to talk about at this point.

It’s interesting how people in America will go after just about anyone when mention of a scandal is involved, particularly those in the entertainment industry. Of course if she was an American actress the US would likely already be split about whether or not she’s really at fault.

3. In some ways she’s been completely vilified.

People have been calling her racist and many other things since this happened and you can imagine that she’s had to keep a fairly low profile in order to simply go about her day.

2. Some people have come to her defense.

It’s been seen that someone has come to her defense at least thanks to Duncan Lindsay from Metro and his article detailing how one of Shila’s friends deemed her as the least racist person she knew. Unfortunately this argument doesn’t seem to work that often but it’s a good try.

1. She’s been receiving death threats over this issue.

This is how fanatical society has become when the matter of what we say and do is brought to mind. Yes, what she said could be deemed wrong and should have been held against her then. But five years later is a stretch if she’s changed as a person.

I won’t defend or vilify this woman, as holding one’s past against them is plausible but not always the wisest course.