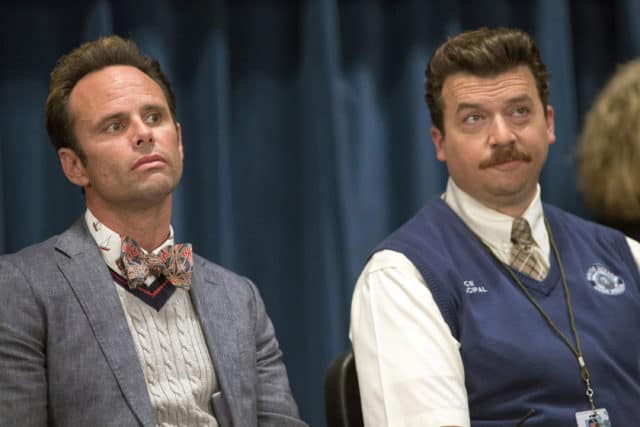 Everybody who has been following the very funny HBO comedy show Vice Principals knows that it’s mainly about two middle-aged buddies, Neal Gamby (Danny McBride) and Lee Russell (Walton Coggins), who are the vice principals at North Jackson High School in S. Carolina. They’re basically two overgrown hairy mean girls and, at the end of season 1, Gamby got some payback when somebody wearing a disguise shot him in the school parking lot. Sounds pretty funny so far, right? So, let’s explore the reasons why Season 2 of Vice Principals isn’t as good as the first.

Season 2 started with Gamby convalescing after his shooting and the tone becomes more maudlin than humorous. Ridiculously, however, he’s been doing that healing time for months in the home of his ex-wife. She’s now living with her new hubby and they both hate Gamby, which makes that part of the story utterly ridiculous. Their daughter lives there, too, and she just seems to become more obnoxious and less cute every day. Somehow, it seems like this new Gamby who is wallowing in self-pity sets the scene for the next episodes. He’s less than funny and just downright pathetic. We want the old Gamby back! The one who rules the students of North Jackson High with an iron fist and burns down the principal’s house with the help of his good friend, Russell.

And, speaking of the school, it’s not the same anymore either. It turned into Tiger Town since the previous school year and now seems unrecognizable, which of course, does not go unnoticed by Gamby upon his return to the job. He’s kind of like a fish out of water and it doesn’t play well.

And, then there’s Russell. He gets promoted to Principal, so now the show should probably be called “The Principal and the Vice Principal”. Now, we know that a promotion usually means a bump in pay but Russell’s new lifestyle is a bit ridiculous. What the heck, did he win the lottery or start selling drugs or something? Now, he lives in a mansion and drives a new beemer. All that on a Principal’s salary? Don’t think so. So, OK, the writers used a bit of dramatic license there, but really?

We did love the appearance of a big guest star, Scott Caan from Hawaii Five-O, but think he was under-utilized. His character was funny and a breath of fresh air for this season of the show and they should’ve kept him around for longer. Hopefully, the writers will write in a lot more colorful guest stars to beef things up a bit and get the show out of the doldrums.

It seems like the writers have flip-flopped right out of hilarious mean-spirited comedy and tried to make VP like that other hit show, all dramatic and family-oriented. We didn’t find all the family stuff at Russell’s father’s funeral that funny. OK, maybe it’s hard for writers to make a funeral funny but we like Russell when he’s in his element and not this new Russell who gets his skinny butt kicked by his sisters and ends up sitting on the floor scraping poop off of his portrait with a butter knife after being humiliated at his own birthday bash!

In a nutshell, bring back the old pushy Gamby and the old flamboyant Russell to make the rest of the final season of Vice Principals funny again just like the first season. We want to remember them as brilliant despots who count on each other to hatch their evil plots, not two losers who can’t get out of their own way. 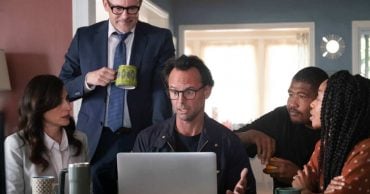 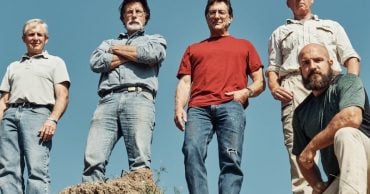 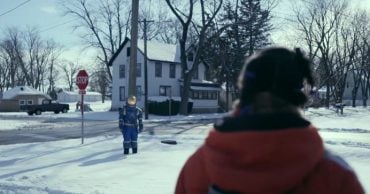 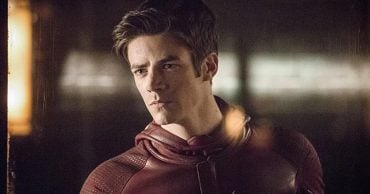 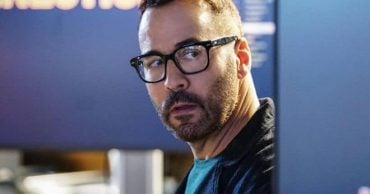 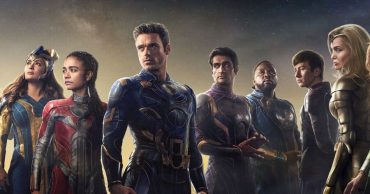