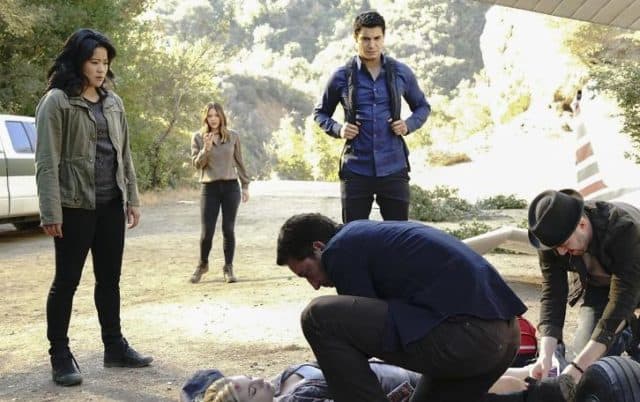 The feeling of emotional pain is the price we have to pay for love. If we are not ready to pay that price, then we should not love. In this week’s episode of Scorpion, Sylvester helps Agent Gallo prepare for his upcoming trial. The rest of the team then helps a father and daughter after the latter’s plane crashed.

When the girl, Jessie, got a bit confused about the mention of her brother, I knew something’s wrong. She didn’t sound panicked or worried. It turns out that the nagging feeling in the back of my mind was right. There is no missing brother. The father, Frank, is transporting six million dollars in drug money to the people that are expecting them with his daughter. Wind shears blew the faulty plane they were in off-kilter and crashed the aircraft. I was angry with myself for a brief second that I believed the two were innocent people that got themselves into a sticky situation. Team Scorpion felt the same after realizing the truth. That’s what good writing does. It makes you believe that the characters are genuine and good before it makes you realize that they’re not who they appear to be.

Meanwhile back at the garage, Sylvester helps Agent Gallo with prepping for the trial. The human calculator needs the Homeland agent not to lose himself in the fantasy of getting the judge and jury to believe in his innocence. He needs to speak from the heart. To let the pure rawness of his emotions affect those in the courtroom. Then and only then, can he be free of this metaphorical chain that’s weighing him down. I loved the ending scene toward the end of the episode where Agent Gallo spoke from his heart after receiving a mocking gift from Mark Collins. It makes me hope that things will work out.

Back to the situation at hand, Walter and Paige succeed in escaping from Frank. The two jumped off the nearest cliff after faking an injury. The plan worked until they got themselves stuck on a branch and then trapped in a pile of boulders after a rock slide. Kudos to Walter for using Frank’s dropped walkie-talkie to send a message to Happy and Toby. He could’ve thought of something other than his re-written hot dog jingle, but at least he got the message across. The trick Toby used to break the zip-ties is ingenious! He took the shoelace from Happy’s boot, and by applying friction, he was able to break the tie.

When the team bluffed Frank by trapping Jessie in the truck and pushed the vehicle toward the cliff, I all but applauded. Good to know that he still has a heart and cares about his little girl more than delivering a pile of money. However, this does not exempt him from doing what he did so he’s going to have to face the music on that front. I also hope that Jessie can break herself away from the “family business” and start fresh. She doesn’t deserve to live a life where she is always on the run. Even if her Dad is her Dad and she wants to do whatever he does.

Mark Collins is a manipulative son of a gun. He led Sylvester and Agent Gallo on a wild goose chase in Santa Barbara through the CLAM supercomputer. Why is it that the guy is always ten steps ahead of them?!

I almost wanted to break out in song after seeing the title of the episode. It’s a play on the song Climb Every Mountain from The Sound of Music. Too bad the show already did a musical number in the season opener.

It’s sweet of Happy to worry about her and Toby’s future child growing up the way they did. Though Toby is right, they have Team Scorpion to help them. That and it takes a village to raise a child.

It was also sweet of Paige to help Walter come to terms with his distant behaviour toward Agent Gallo. Perhaps Toby’s psychoanalyzing skills have rubbed off on her. 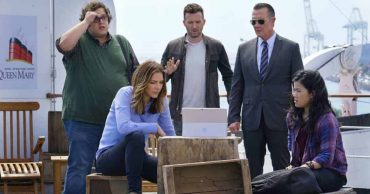 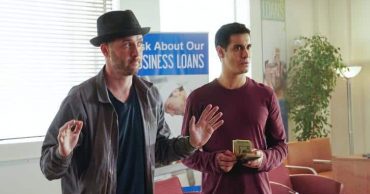 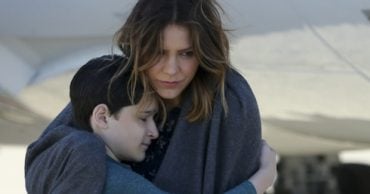 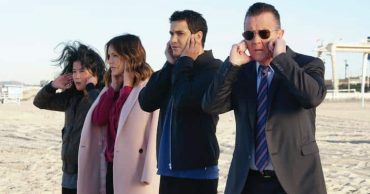 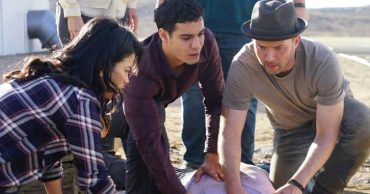 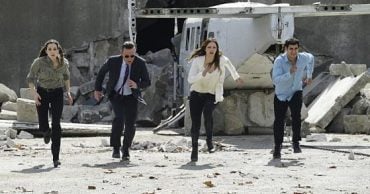