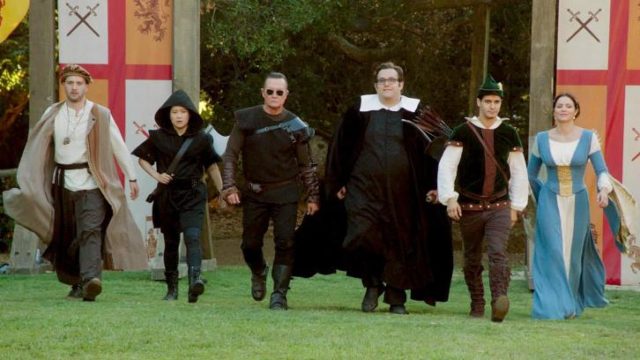 It’s Sylvester’s 25th birthday, and the team celebrates the specialÂ occasion at a Renaissance Festival. Then, in true Scorpion fashion, things start to go wrong. In this week’s episode, the team stops a biker gang trying to steal evidence from an LAPD evidence warehouse near the location of the festival. Walter also attempts to write Paige a love ballad.

The hour began with Sylvester and Agent Gallo in court. The human calculator is nervous about defending the Homeland agent and messes up while gathering his wits about him. It’s okay to be nervous, Sylvester. It happens to everyone. Geniuses are no exception. Though I had to press the mute button to avoid hearing the awkwardness that ensued on the screen.

When everyone dressed up and entered the festival grounds, I was quite impressed. Walter and Paige were Robin Hood and Maid Marion while Happy is an executioner and Toby is a nobleman of some kind. Sylvester went as the famous Italian astronomer Galileo Galilei. He even had a collapsing telescope. Walter wasn’t too happy about the whole thing, saying that the festival is not historically accurate much to Paige’s chagrin. He pointed out that electricity didn’t exist and that magnets controlled Excalibur, which allowed the pretend king to pull it out with ease. Perhaps it would be better if he dressed up as a particular science officer of the starship Enterprise?

Things then, of course, went from good to worse in a blink of an eye. Agent Gallo heard motorcycle engines rumbling near the festival grounds. After investigating, it turns out that a biker gang is breaking into the evidence warehouse for the LAPD. They want to steal evidence that will connect them to a shooting between their leader and a cop. Major kudos to the guard that got shot at for taking the proof so the gang wouldn’t be able to find it. He will also live to tell the tale as Team Scorpion made a new defibrillator to keep his heart pumping.

I also applaud Sylvester for having the courage, after a needed pep-talk from Agent Gallo, to convince his fellow nerds to help take down the two biker gang members. Now he just needs to do that in a courtroom, and hopefully, the Homeland agent will get hisÂ job back soon. I know that this has no effect whatsoever but fingers crossed!

The two bikers were then apprehended, and Sylvester continued the birthday celebration at the garage with the team and his nerd friends. Walter attempted to write Paige a love songÂ but to no avail. It sounded pretty good. I mean, from what I heard at the beginning of the episode, this is far better than that. Happy’s right. Love songs should come from the heart, not math. Shame he bought the guitar for nothing though I wonder if Paige will discover the tape that ended up under Walter’s bed?

I thought Walter was going to get jealous when King Phillip gave Paige a rose. Or maybe he did on the inside.

Agent Gallo a fan of a Game of Thrones-like show? Never thought I’d see the day. That and riding on a horse with a jostlingÂ pole and took out one of the two biker gang members. Three cheers for Agent Cabe Gallo!

Toby getting Happy that pregnancy pendant. Intriguing. It might not work, but it couldn’t hurt. Plus it’s pretty.

Happy throwing her axe at the transformer? Wow.

Walter trying to act surprised. Someone needs acting lessons. Though he technically nailed the facial expression when staring down the barrel of a gun.

Loved the part where Happy referred to Sylvester as Thor and the human calculator raised the hammer like the Norse God. Chris Hemsworth would be proud.

Time to party like it’s 1599 as Sylvester celebrates his 25th birthday. His celebration is cut short when two biker gang members try to steal evidence from a police evidence locker in this week’s Scorpion. 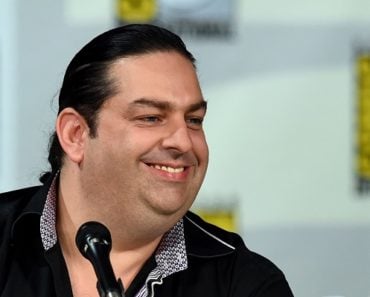