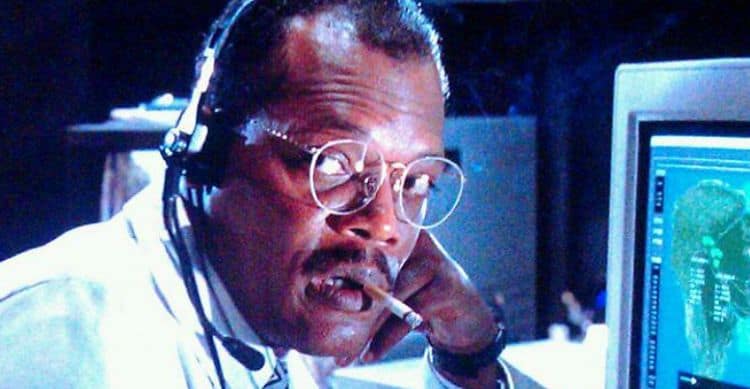 Quite often when an actor is asked which movies were their favorite they’ll either say that they don’t watch their own movies or that they’re not certain how to respond, which means they’re trying to sound humble or actually don’t watch their own material. That feels almost contradictory to the job since one has to wonder how a person gets any better unless they take a look at the things they’ve done. But Samuel L. Jackson, one of the more popular names in show business, who did act on stage for a while, has made it known that he does watch his own movies and that he does have a few favorites that he counts as his best material. Some might be surprised at his picks, especially since a couple of them tend to be those that a lot of people don’t know about or haven’t heard about in Jackson’s long and successful career. But the fact is that actors do know which movies they’ve had the most fun making and which were the most meaningful to them when all is said and done.

Here are the five movies that Samuel L. Jackson counts as his favorite.

If you haven’t watched this movie then it’s time to take a look at where you can find it on streaming and sit down for what’s bound to pull at your heartstrings in one of the most tragic ways. The story revolves around the case of a young black girl who’s beaten, abused, raped, and left for dead by two racist white men. The girl’s father, played by Jackson, takes justice into his own hands when the courts won’t do anything, sparking a controversial trial that places nearly everyone on the defense side in jeopardy and reaffirming what it really means to be human as racial tensions and conflicts seek to create a heart-rending story that needs to be watched to be believed.

This is one of the lesser-known movies that Jackson has starred in and after learning the story one might understand why since it’s a very niche type of movie. The Red Violin is just what it sounds like, a story that revolves around a specific red violin built in the 17th century and handed down throughout the centuries to one person after another. One would definitely need to understand the significance behind the instrument and the story that goes along with it in order to get into this movie, but seeing as it’s one of Jackson’s favorite it’s likely that he found a sense of harmony or something else he enjoyed, within the tale.

The point of this movie is felt in a pretty tough gut-check maneuver that leaves the audience feeling that a point was made, but whether anyone was bound to listen to it or not is up for grabs. Playing a teacher that’s been abused, harassed, and nearly killed by gang members, Jackson finally decides that enough is enough and ends up killing one gang member and cutting the finger off of another as a way to get the message through that the terror tactics of the gang aren’t going to be tolerated. In the end, he’s remembered, but it’s fair to say that he lost more than he had to give to get his point across.

Playing second fiddle as a rather inept detective to an assassin that’s suddenly regained her memory is kind of an odd role to see Jackson in, but he plays it well as the assassin continues to regain the life she once enjoyed before she was betrayed by her own people. It’s fair to say that the detective didn’t count on everything that came his way when the stuff started hitting the fan since one can imagine that a quiet day at the office or spending time spying on adulterers might be easier than dodging bullets and taking on other spies while trying to stay alive at the same time.

One thing that Jackson can play just as well as anyone is a villain, and a gun runner that executes any of his people that he thinks might turn informant if they’re caught kind of qualifies for this label. But that lack of trust catches up with him near the end of the movie when he finds that one of his people, the titular character played by Pam Grier, doublecrosses him to save her own life. While this is one of Jackson’s well-known performances it’s still one that’s not talked about that often, though it’s also not the only time that he’s shown up in a Quentin Tarantino movie.

A lot of actors are kind of hesitant about liking their own movies, but there are plenty that happen to know which movies meant the most to them.