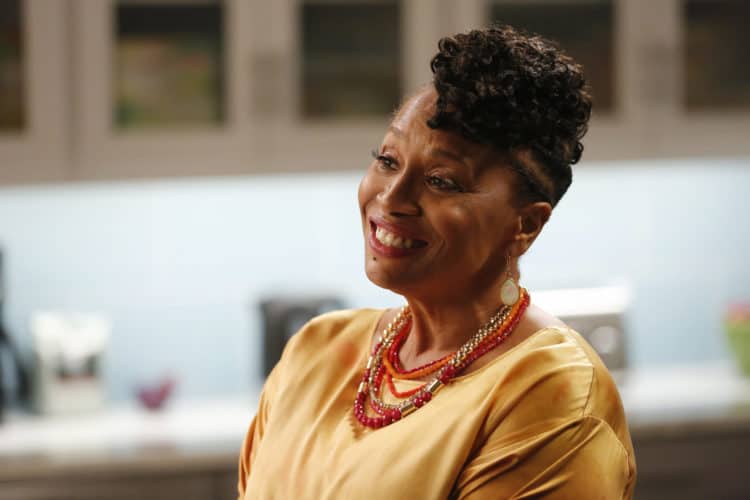 With the final season of Black-ish already underway, it’s only fair that we look back at some of our favorite characters’ moments. Ruby Johnson ( Jennifer Lewis) was introduced to us as the religious grandma who was incredibly close to her son Dre while she shared a love-hate relationship with her daughter-in-law, Rainbow ( Tracee Ellis Ross). Ruby had a sharp tongue that remained unfiltered most of the time. She gave us a couple of savage moments, and these were the very top ones:

1. The Time She Met Nanna Jean, Her Rival

While Ruby was the Black Jesus-loving grandma who was synonymous with tough love, in the fourth season of Black-ish, we met her rival, Nanna Jean ( Amy Hill). She embodied everything that Ruby wasn’t. Nanna Jean spoke to the kids softly and exuded a warm aura. Her smile was equally bright, and when she served tea, she did so with so much grace. “ Grandchildren are a precious gift.” She would say. The children were so fond of her. With her, they would make gingerbread houses even when it wasn’t December. According to her, there was no wrong time of the year to make a memory.  In the words of Ruby, Nanna Jean was ‘just a kind old grandma who spends time with children and thinks they have good things to say.’ Ruby thought Nanna Jean was suspiciously nice, and went to her house to confirm her suspicions. As soon as Nanna Jean opened the door, Ruby proceeded to greet her in high-pitched Korean gibberish. “ Wanghanghe habachulenee mioji, Nanna Jean,” Ruby said in the most dramatic way. Needless to say, Nanna Jean said the sounds she made were not Korean and were insulting at best.

2. The Time She Was A Die-Hard Democrat With Opposing Views

As far as voting was concerned, Ruby was clear that she was voting for whoever the democrat was. That chapter was done and dusted, and there wasn’t going to be a discussion about it. Ruby had her election day outfit planned. In her tiny world, breathability, walkability, and centrality were top options. “ We didn’t fight for civil liberty so grandma could vote in sweatpants,” Ruby said. She was election-ready and the democrat had her vote in spite of what opinions they held. All was well until Diane came along, asking her to test her beliefs through an internet quiz. “ What is your ideal candidate’s stance on global warming?” She asked. “ Global warming doesn’t exist,” Ruby replied. When she was asked how she felt about having a wall along the Mexican border, Ruby was taken aback. “ You mean, there’s not a wall between us and Mexico? No wonder they keep coming over here taking our jobs.” By the end of the quiz, Ruby’s views were as firm as Donald Trump’s.

3. The Time She Unearthed A Web Of Lies

As if telling her grandkids to cheat on a test was not savage enough, Grandma Ruby justified it by telling Dre the truth about lies; everybody told them. Her one-minute speech involved a bunch of famous names known to have lied at one point or another. “ Everybody lies. Bill Clinton, Zac Efron, and don’t get me started on Oprah. Lose weight eat bread, my a**? Even Archbishop Desmond Tutu.” Ruby went on and on, detailing her encounter with the late clergyman. Legend had it that one time, Ruby was on a plane with Archbishop Tutu. She excused herself to go to the bathroom, came back, and found that her peanuts were gone. She said to him, “ Desmond Tutu, did you steal my peanuts?” The truth finally came out that Ruby hadn’t met Desmond Tutu. The man she’d mistaken for the anti-apartheid activist was in fact someone named Ahmad Rashad. Ruby had her fair share of lies, and her biggest one yet was cheating on Pops ( Earl Johnson) with Dre’s gym class teacher, also known as ‘coach dad’.

4. The Time She Told Her Grandkids The Secret About Rules

As a grandparent, Ruby always tried to tame her savage levels. Rarely did she ever roast her grandchildren, but that did not stop her from imposing some of her shrewd ideas on them. One time, she was trying to be the best grandma, helping her children with homework. Try as she could, Ruby couldn’t get the math right. “ She’s counting on her hands…Grammy? Are you sure you know how to do math?” Diane ( Masai Martin) asked. Not one to be embarrassed easily, Ruby replied, “ Of course I do! But this must be that new math.” To back up her claims, Ruby went on about how back in the day there were only 48 states. During Ruby’s time, dinosaurs were lizards, and as for numbers, there were only nine of them. In a bid to get Jack ( Miles Brown) and Diane to pass their test, she asked them to cheat the system. “ But, isn’t that against the rules?” Jack asked. Ruby’s answer to Jack’s question was as Ruby as any can get: “ Let me let you in on a little secret. Rules are for ugly people.”

2. The Time She Said Of Feminism, “ Ain’t Nobody Got Time For That!”

Ruby had one too many strong opinions and she was passionate when she voiced them. Her strongest one above all was her take on feminism. The discussion came about when Rainbow revealed that she had chosen to keep her name upon marrying Dre. “ You didn’t take my baby’s name?” A curious Ruby enquired. Rainbow had chosen not to assume the Johnson name because of her feminist beliefs: “ We simply believe that women and men are equal, and I will fight up against any custom or tradition that reinforces that we are not. Women like Alice Paul, Betty Friedan, Gloria Steinem…these are the women that paved the way for me to be the doctor that I am today.” Bow was justified in every way. Ruby, on the other hand, did not agree with her school of thought. “ Rainbow! Ain’t nobody got time for that!” she quipped. In Ruby’s defense, as a black woman, she had to make the choice between civil rights and feminism. Ruby chose civil rights but she didn’t march because, “ Ain’t nobody got time for that, either!” Her decision to take up her husband’s name was not in honor of him. She did it for herself. 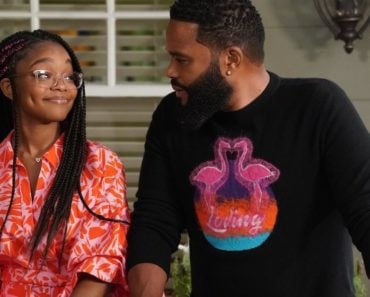 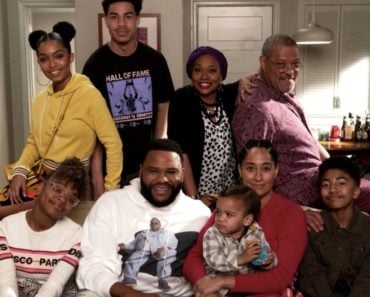