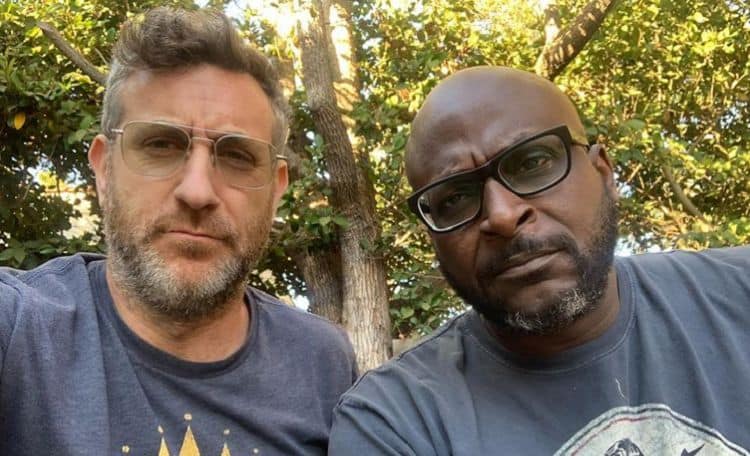 If you didn’t already know Rory Albanese as a comedian, perhaps you now know him as Sarah Silverman’s new man. If you’re not familiar with Sarah Silverman, yes you are; she dated Jimmy Kimmel forever and ever, and then they broke up, but she maintained her fame and continued to grow her comedy sketches – and she is wildly famous. Either way, now you are familiar with both, and it’s time for you to learn more about the new man in Silverman’s life. He’s allegedly quite funny and very not her, so we thought we might get to know him better.

Allegedly, the funnyman is 43. He was born on May 29, 1977. Silverman is a little older, though only by six years. She’s 49 now, and she apparently likes her men a tad bit younger than she is. It’s not a dramatic age difference, though, so there’s really nothing to see here.

Not just any award, either. He’s won some big ones. Like, some Emmy Awards, for instance. Yes, we know that sounds like a huge deal. It is a huge deal. Don’t let the fact that he might not have a household name fool you into thinking he’s just a newcomer on the scene. He’s very funny, he’s also a writer and a producer, and he has Emmys. Do you have Emmys?

Honestly, though, isn’t almost every comedian? Either they randomly hail from someplace like Orlando or they’re all from New York. He’s from Long Island, and he spends a great deal of his time in the city for work-related items and for his social life.

But, if we have learned anything from those in the media and in Hollywood over the past four years, they all are, so no one is surprised by this one. He writes for The Daily Show, and that seems to be a pre-requisite for anyone hoping to get a job there.

Some comedians don’t bother with college. It’s hard to be funny when you’re studying and everyone is tired and no one is ever not hungover. However, he made it work. He graduated in 1999 from Boston University. He has a degree in communications.

He was once arrested for punching someone in the face when they heckled him. The person he punched has been called a 9/11 truther (honestly, we aren’t even entirely certain what that means and we don’t want to get sucked into any rabbit holes by looking it up at this exact moment). He was at a book signing and this person was heckling him from outside, so he punched them, and then he caught an assault charge.

7. No One Knows How Long He and Silverman Have Been Together

What we do know is that he appeared on a podcast with her in November, and now people are talking about them being an item. Does this mean they were together when they did this? How long before? After? We also know he was dating a mommy blogger for quite some time prior to his relationship with the comedian, so that’s another story for another day.

Not relationship games. They literally met over a video game. When the pandemic began 700 years ago and people in New York City were first locked into their homes with nowhere to go and the direct order to see no one else, Silverman began playing video games. They met over the game, played together, and that was where their love was born. When did it become official? We have no clue.

Silverman calls him patient. Reportedly, she’s someone who likes to live alone and has her own thing going on most of the time, and introducing someone else to her everyday life is probably challenging. Either way, she reportedly calls him patient, and we can think of worse names to be called.

While he might put a lot of his life out there with his comedy, he’s also a man who knows where the line is drawn in the sand. He knows that there are aspects of your life you don’t share with millions of strangers, and that’s not a bad thing. He keeps what’s important to himself, and he shares the things that he’s got no problem making part of someone else’s life. it’s a fine line, and he’s doing a lovely job of not crossing it.