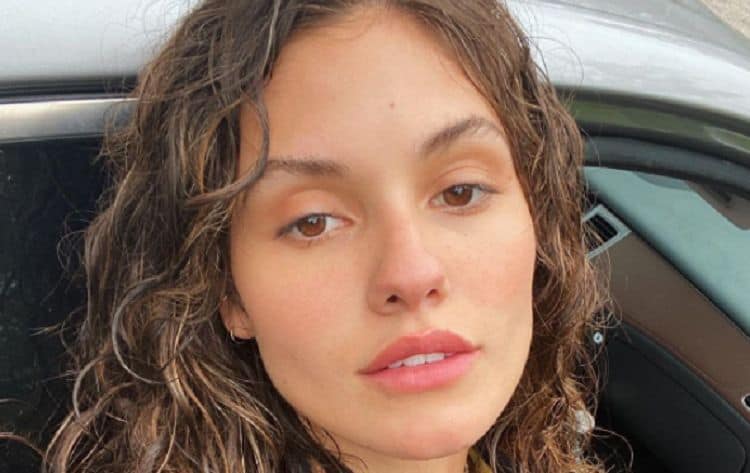 Ronni Hawk was just a child when her career in the entertainment industry began, and like many child stars her journey hasn’t always been easy. However, despite the ups and downs, she has managed to make the transition to adult stardom and she’s ready to show the world that she has what it takes to stick around. She is currently best known for her role in the Disney series Stuck in the Middle, but she has some new projects in the works that will likely introduce her to larger (and older) audiences. Hopefully, she will be able to join the list of former child stars who have continued to have successful careers. Keep reading for 10 things you didn’t know about Ronni Hawk.

1. She Is A Florida Native

Ronni was born and raised in Boca Raton, FL which is less than an hour outside of Miami. She comes from a close-knit family and she has two brothers and two sisters. Ronni began her acting career in Florida but eventually relocated to Los Angeles to gain access to more opportunities.

2. She Started Her Career With Dance

Acting has become Ronni’s bread and butter over the years, but her journey as a performer actually began with dance. She started taking dance lessons when she was a child and she studied multiple genres over the years. These days, however, Ronnie is solely focused on acting.

Ronni hasn’t run into nearly as many issues as many other former child stars, but she has encountered her fair share of trouble. In 2020, she was arrested on felony charges related to domestic violence. She was ultimately released on bond the same day of her arrest.

4. She Is Done Commercials For Several Major Brands

Not only has Ronnie experienced what it’s like to have a major role in a popular TV show, but she’s also gotten the opportunity to work with several popular brands. Early in her career, she did commercials for well-known companies including Bank of America, KFC, and Bealls.

5. She Received Backlash For Some Of Her Tweets

When you’re a public figure, everything you say is under extra scrutiny. Ronni learned this the hard way in 2018 when old tweets resurfaced that showed her supporting president Trump. She eventually apologized for the tweets and explained that she wrote them from an uninformed place. Many of her fans were disappointed with the content of her pro-Trump tweets since her current political stance seems to be on the opposite end of the spectrum.

Ronni is all about creating as many memories as possible, and she loves getting the chance to experience all kinds of different adventures. Although some may see her pretty face and assume that she’s on the dainty side, that isn’t the case at all. She especially loves a good adrenaline rush. Ronnie enjoys doing things like traveling, hiking, boating, diving, and skiing.

Ronni may not be what most people considered a YouTuber, but she started a YouTube channel in 2012. She posted a number of videos including vlogs and old clips. Ronni hasn’t uploaded any new content since 2018, but her channel has nearly 200,000 views. There’s no word on whether she plans to start posting videos again.

Is there one food that you could eat over and over again without getting tired of it? For Ronni, the answer is yes and her favorite food is one that many people probably also have on their list: fried chicken. Working with KFC was probably a dream come true for Ronni seeing as how she is a diehard fried chicken lover.

9. She Likes To Read

Ronni has made a career out of telling stories, but she also likes being on the other side. Reading is one of her favorite ways to spend her free time and she loves to curl up with a good book. Every once in a while she shares a photo of what she’s reading with her followers on social media.

10. She Is Passionate About Taking Care Of The Environment

Ronni loves animals and she has always been very dedicated to helping preserve the earth. Over the years, she has worked with several charities that are dedicated to protecting the environment. During an interview with Talk Nerdy with Us, Ronni said, “I was looking into different charities and then my publicist sent me The Thirst Project. I was reading all about it and I love that they want to provide clean water to all these people.”